**This post has been updated to reflect additional reporting and council committee statistics and to replace broken links to pictures.** 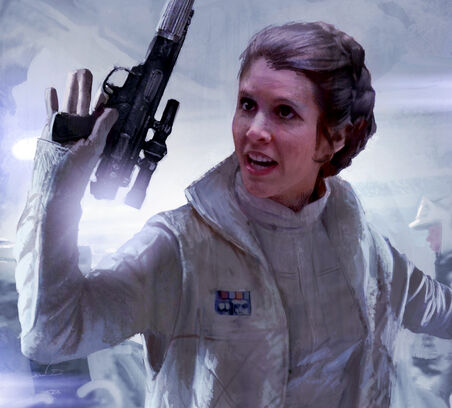 Inaugurating a new city council in Springfield is more than just one day. It is a process that in its way takes several days from the fanfare of the inauguration itself to the first formal meeting where several pieces are discussed. Somewhere in the middle the committee assignments are doled out by the City Council President, who in 2012 is at-large councilor James Ferrera. A former Associated Press reporter based in Boston once described former Massachusetts Senate President William Bulger’s philosophy as this: government is to be used to help your friends and screw your enemies. Despite Ferrera’s claims to the contrary, it appears he did just that in assignment committees.

A reshuffling of committees and their chairs is not unusual. As decentralized as the council presidency is compared to, say the Massachusetts Senate presidency, it does retain one prominent feature. The council president selects the committee chairs and the councilors who serve on those committees. Often committee chairmanships are doled out to those who support the president’s nomination. It is not uncommon for committee heads to have their chairs pulled out from under them either because somebody else has found favor with the president or because it is simply time to share. However, in recent years a council president-elect has not gone this far.

While on a state level this practice is not uncommon as several supporters of House Speaker Robert DeLeo opponents from the 2009 speakers race can attest. However, blatant snubbing of this kind among councilors is not a characteristic of Springfield’s otherwise often merciless political milieu. 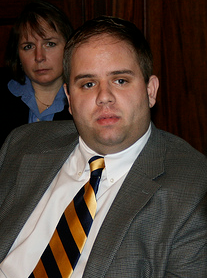 An analysis of committee chairmanship assignments by Ferrera, however, appears that the council president plunged the knife a bit deeper into some of his colleagues. Although Ferrera denied any vindictiveness in his assignments in a recent Republican article, it seems that several conventions and standing principles fell by the wayside.

First of all Ferrera appears to have broken with a precedent going back to at least 2006 in which the council president does not serve on a committee. Although both of his own assignments were on special, rather than standing committees, over the past six years the president officially served on no committees. This custom may be due to the fact that the council’s own rules define the president as an ex-officio member of every committee. It is also possible that Ferrera kept both assignments for himself as the Green and Responsible Employer Ordinance committees have, to some extent, been pet causes of his. Still, records show recent Council presidents Bill Foley, Jose Tosado, Kateri Walsh and Bud Williams did not serve on any committees.

There is no way to over state the fact that Ferrera’s decision to reshuffle committees is not at issue. The problem is the distribution of the committee assignments. Ward 2 Councilor Mike Fenton and Ward 7 Councilor Tim Allen were given only one assignment while Ward 4 Councilor E. Henry Twiggs and at-large Councilor Kateri Walsh received only two. None of that four were among Ferrera’s early declared supporters announced after the election. Indeed, Allen had pursued the council presidency himself last year, but ended his efforts when it became clear that Ferrera had enough support.

“I Never put anybody in an awkward position,” Allen said and “stopped pursuing” the presidency when it was clear Ferrera had the votes.

At-large Councilor Tim Rooke, when asked about supporting Ferrera despite a connection to the probation scandal, told WMassP&I that an informal agreement made before the introduction of ward representation dictated his support. At the time Rooke’s response, though apparently sincere, seemed partly a reaction to the questions raised about Ferrera’s employment. However, other councilors say Rooke told them a similar story. 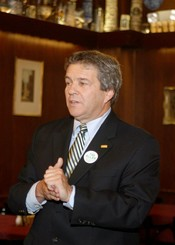 While Allen and others were not happy with the process, which some sources say went back to March of last year, it was the appearance of political retribution against those that did not initially support Ferrera’s bid that troubled councilors most. Councilors were less concerned about losing chairmanships or seats on specific committees, than the sheer dearth of any assignments at all.

If Ferrera’s election to the Council Presidency was dictated by an agreement to which nine councilors were not a party and effectively a tradition, Ferrera maintained no such respect for tradition in divvying up the committee slots either. Throughout the years, there was a degree of equity and fairness in the committee assignments. Everybody got a seat on a committee if not the one on the committee of their choice.

Historically, the biggest complaints arose over the chairmanships of committees. Indeed, former Councilor Rosemarie Mazza-Moriarty had one fairly public spat with then-Councilor President Bud Williams over chairmanships in 2008. Mazza-Moriarty had sought the presidency herself for that year, lost and later protested not having a chance to serve as president herself as Williams had served in that capacity before and she had not. However, Mazza-Moriarty did receive seats on committees including Maintenance & Development, one of the council’s standing committees.

In making his selections for committees Ferrera broke with that seeming tradition of giving all councilors a seat at some committee tables. In last year’s council, for example, every councilor served on at least two committees, one of which was a standing committee. Going back to at least 2006, one year before Ferrera joined the council, every councilor sat on one or more of the council’s standing committees. Others like Allen received chairmanships despite, in Allen’s estimation, not being among the crucial first seven votes Jose Tosado needed to secure the Council Presidency in 2010 and 2011.

Ferrera claimed, in a rather unflattering Republican article, that “I had to accommodate the individuals who supported me early on first,” and gave the councilors who supported him last the scraps. Although he claims that the process was not vindictive, it seems hard to give that much credibility when the some councilors like Ward 1 Councilor Zaida Luna got five committee assignments, including several she already served on. Fenton got one, a seat on the City’s Animal Control Advisory committee. The Animal Control Advisory Committee is a special, not a standing committee

To some council watchers, Fenton was essentially assigned to the doghouse, especially since he is the only councilor on the committee. The same Republican article says Fenton is declining the animal control seat because that committee’s schedule conflicts with his work schedule, a conflict of which Fenton says Ferrera was aware. In other words, for the first time in recent memory, a councilor will effectively be on zero committees, on top of not receiving any standing committee assignments, an unprecedented situation in itself.
Others, like newcomer Ward 6 Council Ken Shea got four assignments, including one chairmanship despite being arguably the council’s only freshman member (at-large Councilor Bud Williams has served before). Although many freshman got chairs in 2010, two-thirds of the council was new then. Compare to 2008 when Pat Markey joined the council and was given no committee chairmanships, ostensibly because he was a newbie, too. Although in 2006 Bruce Stebbins, then a freshman, did get a chairmanship.

Whether the assignments were vindictive or not, there is some evidence that Ferrera used the process in a far more political way than he is admitting. A source familiar with City Hall’s processes says Ferrera assured Luna that she would be “taken care of.” The implication of the exchange was that Luna, who already served on numerous committees under Tosado’s presidency, had less of a desire to be on so many committees or on any specific committee, bur rather to be on a committee with more activity. Consequently, it seems hard to justify Ferrera’s decision to stack her committee assignments at the expense of Allen, Fenton and others unless he took Luna’s desire to be “more involved” as a wish to be seated on more committees. Luna, while often quiet at council meetings, has given no indication of being quite that shallow or surface level to desire quantity over quality of appointments.

Despite this rather public row among councilors, neither Fenton nor Allen are willing to let this stop them from doing their jobs. Throughout the phone interview, Councilor Allen expressed a concern about the appearance that this imbroglio makes the Council look like Washington, a reference to the chronic dysfunction that defines national politics. He said that fair, honest disagreements on policy are to be expected, but that personal disagreements only cause the public to lose confidence in the system.

“I really believe in Democracy in my heart and I want people to have confidence in their government,” Allen said. His own commitment to public service remains unshaken and Allen has received support from friends and constituents. With lots of work due before the council in the month ahead, Allen is determined not to let this situation get the better of him. “I don’t go away,” Allen added.