Not for Entertainment Purposes… 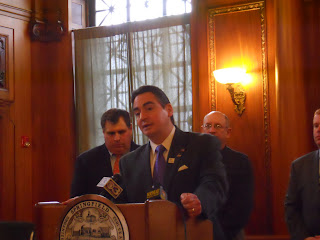 anything but the best of intentions for the City of Springfield.  We have often disagreed with his policies, but when we endorsed his opponent last November, our position was not a personal one.  Nor did we think that Sarno lacked the dedication, conviction or affection necessary to govern our city.  We simply felt it was time for a change.  The voters disagreed and, frankly we were always far more disgusted with their lethargy and absence at the polls than the decisions they made there.  Our faith in Sarno’s dedication to Springfield remains intact.
However, the mayor’s decision this week to impose new rules on the cessation of entertainment as food and beverage establishments in the city is misguided, hurried, counterproductive and doomed to achieve none of its goals while inviting further problems for the city.
Under his authority under the General Laws of Massachusetts, Sarno has promulgated new rules requiring a separate application to maintain entertainment until 2 a.m. in restaurants and bars.  Once these rules take effect, entertainment must cease at 1 a.m. unless the permit for the additional hour is approved.  Assistant City Solicitor Alesia Days recommended the proposal over the fierce objection of bar owners in the interests of public safety.  The theory is that earlier cessation of entertainment will effectively close the bars earlier, even though they may continue to serve liquor until the statutory closing time of 2 a.m. unless otherwise prohibited by their liquor license.
However, it is our view that this process was flawed from the beginning and represents a desperate attempt to contain a very real problem, but via a means that will in fact not correct that problem.  Instead it will inflict economic harm to the city’s entertainment district and to its property and meals tax base while providing no more safety and security to bar patrons and Springfield Police Officers.
The risks to the city fall into two broad categories.  The first is the risk of legal action.  While bar owners are not prepared to file suit, yet (there has to be an injury, that is denial of a permit first), the city’s case for promulgating these rules may not stand up to scrutiny.  The mayor’s cited his authority to protect public safety and order and limit nuisances under M.G.L. 181 & 183A to create this new rule.  However, the connection between this proposal and the reasons stated, that violence is happening at closing time is defeated by the logical conclusion that violence will merely happen an hour earlier.  It is circular reasoning that we will reduce violence by pushing back the effective closing time or limiting the time people will be imbibing because it assumes that people will not start drinking any earlier or will not “pre-game” a bit more before going out.

Case law on this matter requires substantial evidence to sustain these rules or more accurately to sustain a denial of a permit.  The reason why the risk of litigation is so great is that it will likely invite a stream of litigation if the mayor’s denials of the new permit are frequent and based on the circular reasons described above.  It is unlikely to be a single case initially, unless a bar owner challenges the rule on its face and then succeeds in getting it struck down.  That said, we would fully encourage a bar owner with a good record that is denied the extended license, appeal this rule and take it as far as possible, including the Supreme Judicial Court if it will take the case.

The other legal problem may rest in the city’s decision to create a separate application.  That may be, absent additional statutory authority from either the City Council or the State legislature, beyond the mayor’s legal authority.  This is different from the oft-cited Under 21 Rule, as there is a broader public policy mandate to prevent underage drinking and the rule making process would have no shortage of evidence to support the rule even if the statutory authority itself is thin.  Looking at the evidence ACS Days collected, she had only spurious statistical analysis from the police and an anecdotal description of assigned police resources, which seems unlikely to change based on the department’s own testimony.  Consequently, it seems possible a court would not look kindly upon the development of a non-statutory application scheme when the evidence for its need is so thin.
Additionally, a court may look skeptically at either the rule or its application in light of the fact that mayor already had to authority modify or pull licenses of problem establishments or those that do not adequate protect patrons and police.
The other risk is the economic damage to the city, which in light of the evidence that Days relied upon, seems far too grave to justify what amounts to a hunch on the part of the police and the mayor.  This is a hunch, which incidentally one witness is on record contesting.
Then-Councilor Amaad Rivera expressed a concern that young professionals would have be disinclined to move to Springfield.  At-large Councilor Thomas Ashe said that this unfairly harms the many for the actions of the few.  Frank Caruso an attorney for bar owners noted that the window the mayor seeks to close is a large part of their clients’ business.  Daniel Kelly, another attorney, noted that a similar measure in Lawrence yielded few if any benefits.  Bar owners and prospective business owners said the earlier entertainment cessation would affect their livelihood and their decision to invest in Springfield.  Other speakers noted the impact on wages of employees and the possibility the rule would either drive patrons to drink more sans entertainment or take the party and the violence to their homes, disturbing other neighborhoods. 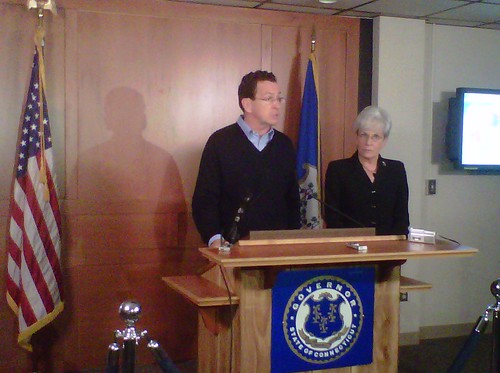 All of the above testimony points to a huge economic risk and damage to the city.  Less productive watering holes will garner less rent for their landlords and less property taxes for the city.  Less business overall will harm the city’s meals tax revenue stream where applicable.  Indeed part of the mayor’s rationale for this rule was the idea that Springfield with its later closing time is drawing in undesirable elements, notably from Connecticut.  However, Connecticut’s Governor, Dannel Malloy, has proposed changing his state’s last call to 2 a.m., a move that would eliminate the mayor’s chief concern about outsiders bringing trouble.  It would also have the effect of causing the city to lose out on more business to Connecticut generally, but Hartford in particular, which despite its troubles maintains a larger bar scene than Springfield.

Despite the concerns listed above, each and every one of them would be worth taking if, and only if the policy had any hope of producing the intended results.  They do not.  Even ACS Days letter to mayor Sarno, while supporting the changes appears skeptical about their success.
As a considerable amount of business flows into neighboring towns and into the Land of Steady Habits, there will remain, in all likelihood, the elements that is most responsible for the violence around closing time.  The result will not be less police pulled downtown, merely a change of the time that the risk is greatest.  Assuming most bars simply shut down or most patrons leave at 1 a.m. instead of 2, the police will face the same individuals that put patrons and law enforcement alike at risk.  Is a police officer punched in the nose by a drunken fool any better off if the assault happens at 1:15 a.m instead of 2:15 a.m.?  Does an individual risk less injury from an individual with a weapon because the confrontation happens when the bars let out at 1 instead of 2? 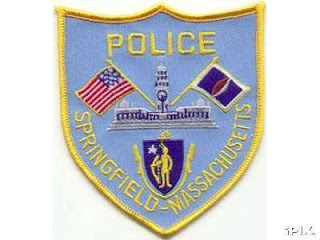 The results could be even worse if in fact patrons, however intoxicated or not, endure at the bar past 1, but without the soothing glow of Sportcenter or the ability to blow off steam at the Billard table.  These rules will not hobble other distractions that can encourage violent numbskullery.  The attractive girl eyed by two guys or the knocked over drink, triggers that could inspire the very violence the mayor seeks to end, are not covered by this new regulation.

There is a possibility, however, that this rule is something of ruse.  In other words, it was an action the mayor took to put irresponsible bar owners on notice, but lacking in any intention to deny all, but the worst offending barkeeps, the extra hour of entertainment.  Therefore, whether your establishment features the local drag show or a dozens 60 inch screens playing a West Coast Red Sox game, you have nothing to fear from these regulations.  You will get your permit promptly unless you blithely allow underage drinking and lax security.  Indeed, the speed and odd placement of ACS Days’ hearing the day before Christmas weekend may have been a way to expedite this rule with the intention of warning the irresponsible bar owners that do not take the city seriously about curbing problems downtown.
Still, if those who cried foul after the Under 21 regulation (a rule to which we cannot easily objects despite our concerns about drinking age laws generally) passed are correct, there could be grave risk for cronyism and malfeasance, if not by this mayor then by a future one. 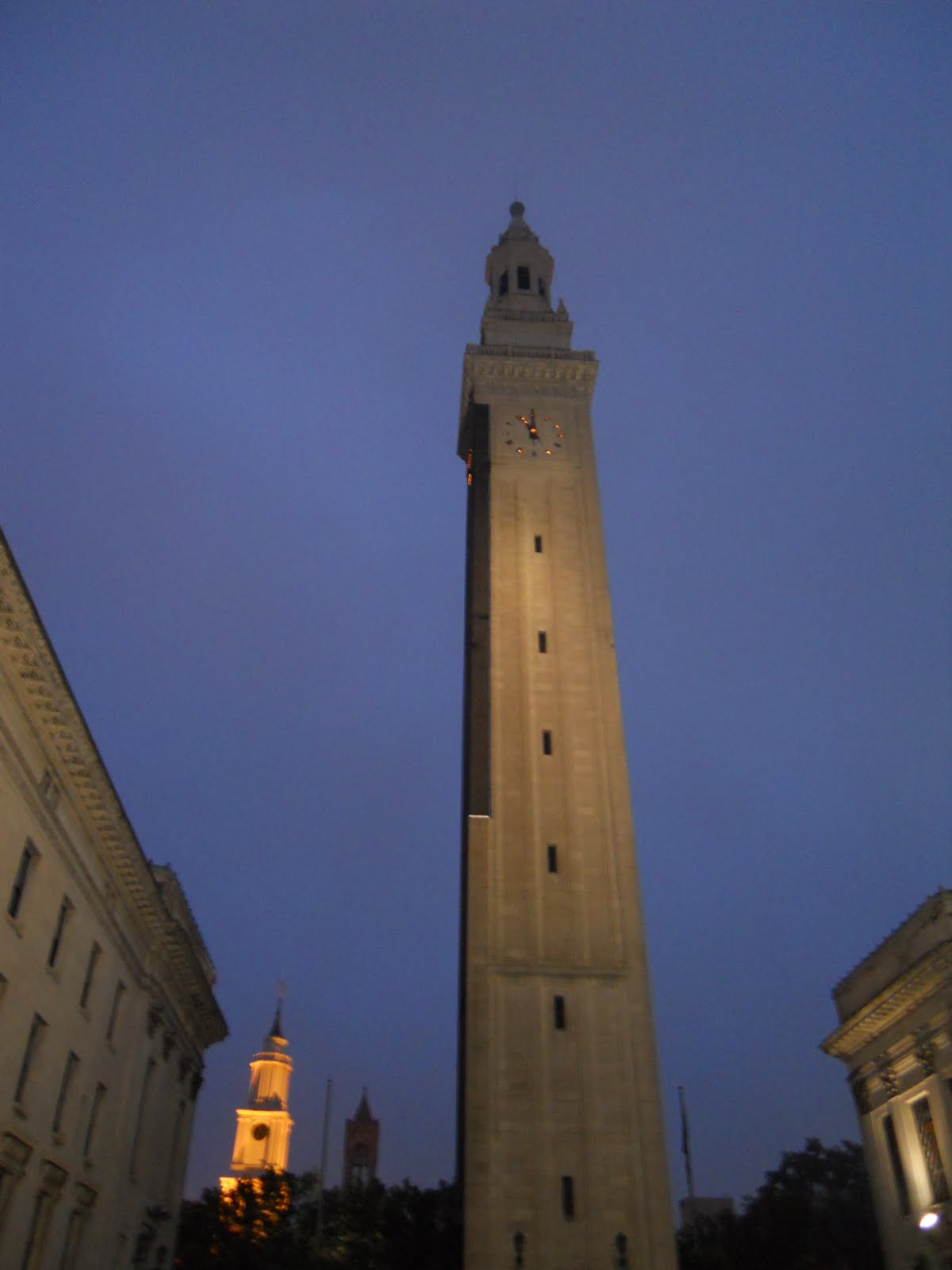 Another reassuring sign from the mayor would be a promise to revisit this issue on a regular basis and adjust its terms to comport with changing facts and conditions, including revocation of this rule if it fails or becomes more burdensome than the mayor admits.  As we remain certain of the mayor’s dedication to the city’s overall well being, we expect he will remains focused on the big and small picture of this issue and engage it in the future with all due deliberation and fairness.
Springfield, like any of its urban peers, faces what seem like impossible choices between any number of issues.  We can only put our hope that the mayor will use this new authority he has, in effect, granted himself judiciously and sparingly or, in due time reverses himself on this issue.  Otherwise we will have no less violence, no less strain on the police department and nothing to show for it but diminished economic development and mounting legal bills.
Tweet
Tagged with: Amaad Rivera, Domenic Sarno, Springfield Police Department, Thomas Ashe