Monday was a day of minor victories, but also grim financial news and schizophrenic behavior at the Springfield City Council.  With three members absent, councilors debated a host of resolutions, put off several measures to committee and even took some further steps on ordinances.  Prior to the meeting, bleak numbers from financial officials cast a pall over a rare Committee of the Whole meeting of the City Council.  While digging into those numbers must wait for another time, the short version is cuts in services, increases in fees, flat wages for workers and other depressing news, absent a turnaround on state aid and property tax revenue.

The agenda itself was a mix of routine announcements, paper pushing and substantive policy.  Reports from utilities were accepted from the council as were financial transfers within and to the fire department.  The Fire Department’s Overtime budget has come in way over budget, partly a consequence of chronic underfunding of the department over the last decade.  However, the council also approved transfer of the city’s fire-training facility to the commonwealth for $2 million.  The transfer will enable Massachusetts officials to train firefighters in neighboring communities nearby rather than sending them to another facility in Stow.  The city will continue to use the Grochmal Street facility, which will be rebuilt, at no cost aside from electricity and phone service.  City officials said the proceeds from the sale will go into the city’s general revenue account. 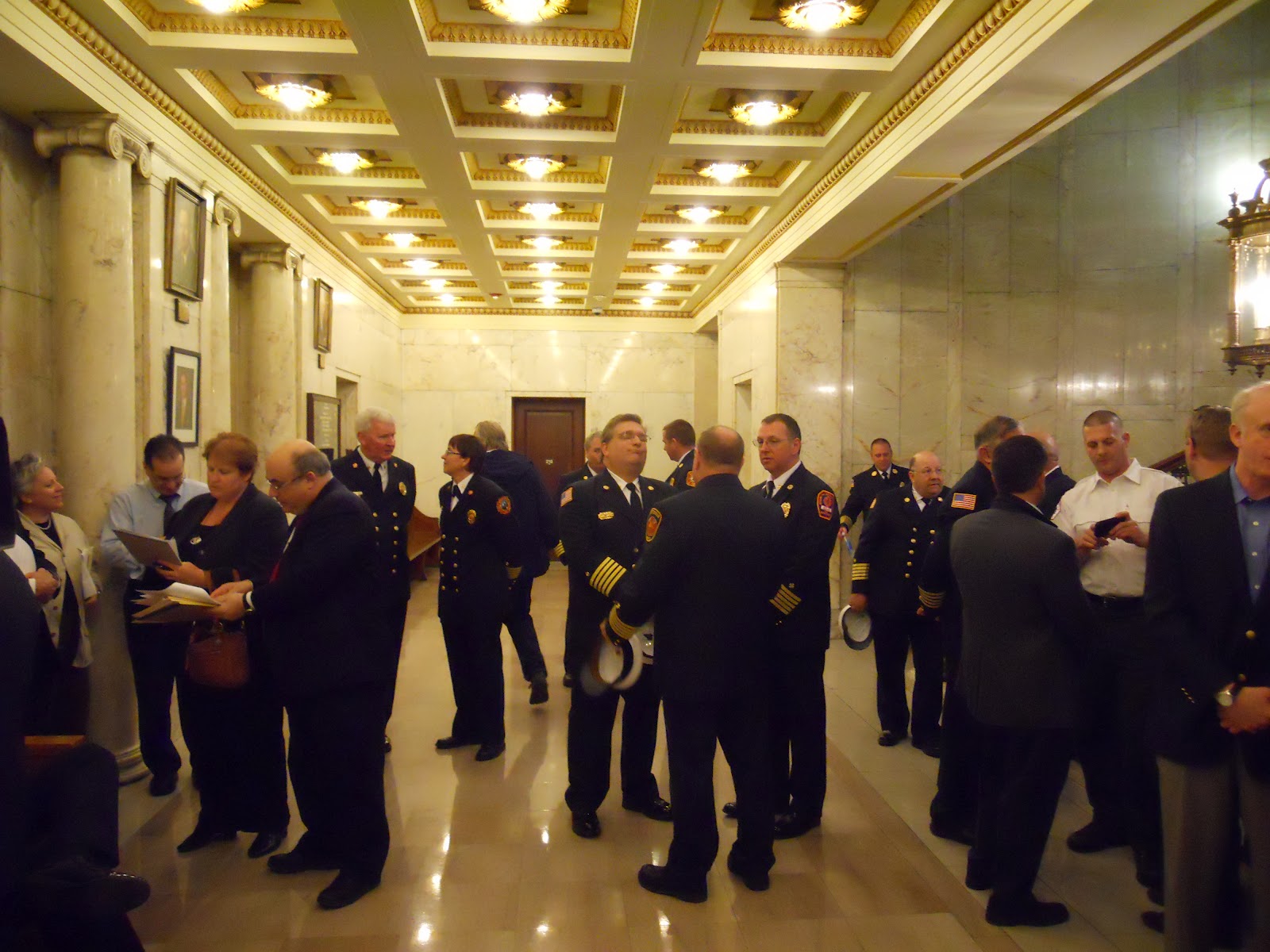 Two other property transfers in the city’s South End were also approved by the Council.

The city also received financial reports for this year that indicate the city will retain about $2 million in free cash at the end of the fiscal year.  The council also approved, by a 10-0 vote an authorization for a bond necessary to cap Bondi’s Island.  The bond is required under state law for the owner of any landfill and as the city’s primary dump faces closure by the end of this decade, the city must maintain a bond under Department of Environmental Protection rules in order to assure the facility is properly closed.

Another bond was authorized to pay for design work for Elias Brookings School, one of the school building damaged in last year’s tornado.  Ward 2 Councilor Mike Fenton questioned the use of bonds, rather than free cash or stabilization reserves, but finance officials seemed to admit the objective was to preserve stabilization.  However, officials noted that the bond may not need to be used and payment for the design work could come from another source, avoiding interest payments.  Fenton cautioned against the use of this approach in the future, but backed the measure.

Two ordinances were also before the council (with a third brought up to get its second step passage).  The two ordinances on the agenda bulked up the large crowd, which was mostly present in support of one of the resolutions before the council.  The first ordinance, sponsored by at-large Councilors Jimmy Ferrera and Tim Rooke, sought to extend to thirty days from ten, the amount of time merchandise at a pawn shop must be held before it can be resold.  Several pawn shop owners turned out in opposition to the new rule, calling it an unfair burden on business.  Ultimately, on a motion from at-large Councilor Thomas Ashe, the measure was sent to committee before any step was taken.

Rooke also took the rare step of calling up an ordinance on livery vehicles, discussed at the last meeting, which was not on the agenda to pass it as second step.  After Monday’s meeting, only one more step is necessary for formal adoption.

However, the real action may have been on the resolves.  The first was a resolves in support of the PCA program and efforts to organize workers in the program.  Ostensibly, the program refers to personal care attendants and their role in helping the sick.

Another, timely measure, taken only two days after St. Patrick’s Day, urged members of Congress, the President of the United States and the Secretary of State to engage in all efforts to bring about a unified Ireland in line with the Good Friday Peace Accords.  Although a resolution such as this is not at all surprising given Springfield’s long Irish tradition, it runs aground of a key fact.  The Good Friday Peace Accords do not, in fact, call for a reunited Ireland.  Rather they only call for that if it is the wish of the people of Northern Ireland.  Indeed, the agreement, to which the Republic of Ireland is a party, calls upon all parties to respect the wishes of the Northern Irish if they desire to remain in union with Great Britain.  However, referenda may be held to poll the will of the people and set a course forward democratically.

The other two resolutions, although possessing no force and effect, were nevertheless more somewhat more substantive, especially in context of the city’s bleak fiscal outlook.  Councilor Fenton offered a resolution in support of An Act to Invest in Our Communities.  Supporters from communities groups and labor activists, including SEIU filled the council chamber to support the resolution’s passage.

The proposed act would reform the state’s income tax to yield more revenue from higher income earners while sparing lower and middle income earners.  However, this requires a complicated workaround of the state constitution, which prohibits a progressive income tax.  Consequently, the income tax would be raised to 5.95% (near where it actually used to be).  However exemptions and deductions would be likewise raised to essentially cut back the increase in taxes for lower and middle income earners in actual dollar terms.  The added revenue could then be reinvested into education, health and infrastructure programs in addition to local aide.  Cuts to local aide are at least partly responsible for Springfield’s current budget chasm.  The resolution passed unanimously. 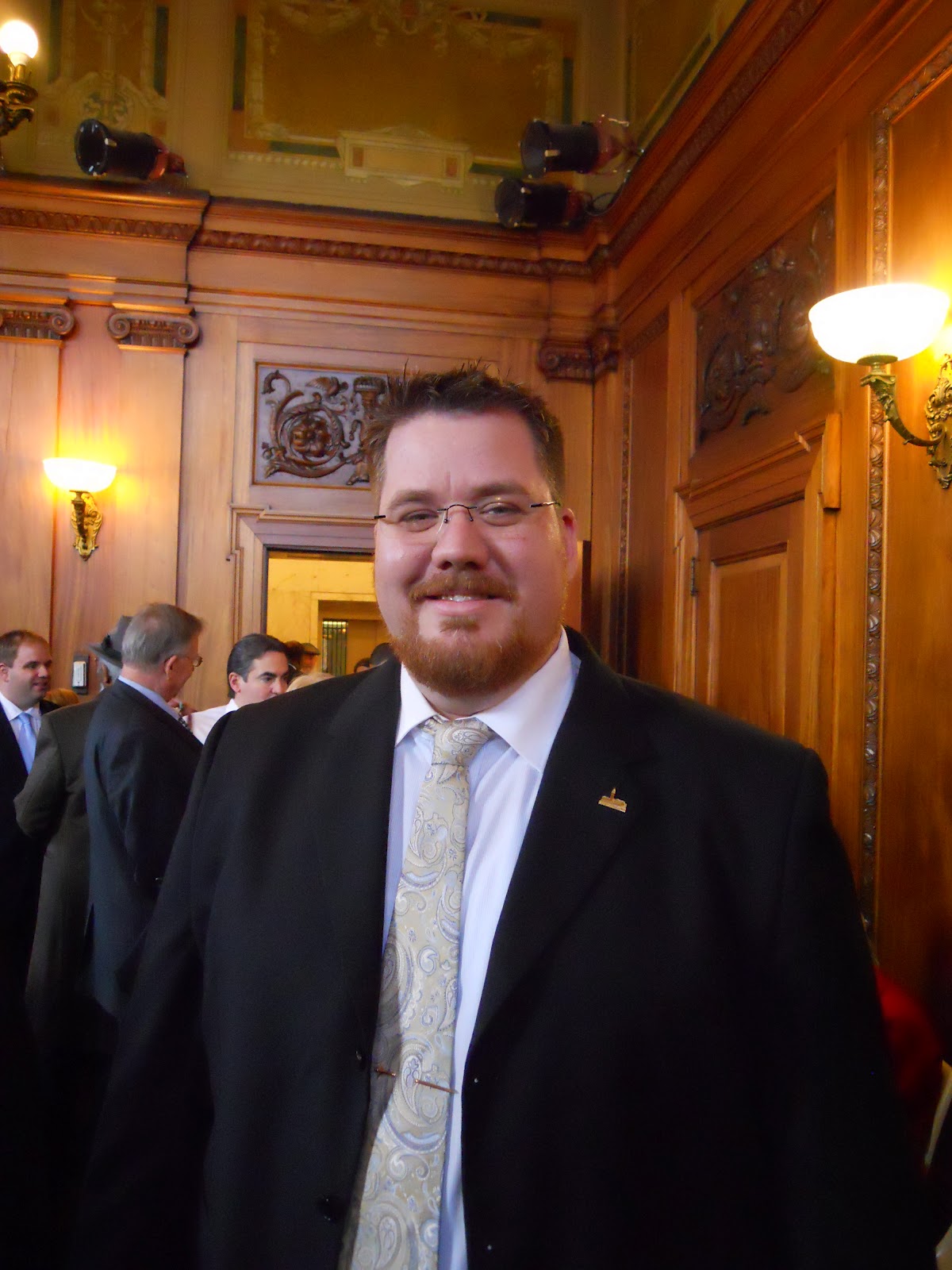 However, the council also adopted a different resolution calling on state lawmakers to temporarily suspend the gas tax in the wake of rising gas prices.  The measure was sponsored by Councilor Ferrera, Ward 3 Councilor Melvin Edwards and Ward 8 Councilor John Lysak.  Although seemingly populist, the resolution was received coolly.  A motion to refer the resolution to committee failed and while it passed on a voice vote, two councilors, Fenton, and at-large councilor Bud Williams registered dissent on the record.  Both questioned how the council could approve the Invest in Our Communities Act, while calling for calling for the gas tax, a major component of infrastructure funding, to be temporarily abolished.  Ward 6 Councilor Ken Shea, who did not register a dissenting voice vote, was similarly perplexed.

It seems impossible to avoid any political motivations beyond boilerplate populism given the sponsors of the resolve.  Edwards is in the midst of a primary election against State Senator James Welch and offering a proposed solution to rising gas prices.  Sponsorship of such a resolve could easily be turned into a campaign slogan especially since no such repeal is likely and more important an alternative source of income for the lost revenue is not the responsibility of the council and was conveniently left unanswered in the resolve.  As for Lysak, it would be expedient to simply lay that down as a result of his membership in the Republican party.  However, if Republican party orthodoxy on taxes is the litmus test, Lysak has not always towed the party line.  Ferrera, by contrast, is likely just displaying sheer, yet generic, opportunism as per usual to appear as a bringer of good ideas.  For more evidence, note that Ferrera tacked his name as a cosponsor onto Fenton’s resolution supporting Investing in Our Communities after Fenton explained its purpose.

Bob Bliss, a spokesman for the Department of Revenue, said that 99.85% of the gas tax goes into the state’s transportation fund (the remainder goes to fisheries and game projects).  Were that funding cut off, the state would lose its primary sources for transportation infrastructure funding.  Moreover, the funding is necessary when the state borrows for transportation projects.  In other words, the state would effectively default on its bond.  Currently, the commonwealth enjoys a respectable credit rating and suspension of the gas tax could jeopardize that.  The gas tax is 23.5 cents.  The first 21 cents go to the above programs while 2.5 cents is used for cleanup and maintenance of underground storage tanks.

The gloom of finances aside, the council only real sin may have been the disconnect between the two resolutions on taxes.  Aside from the cosponsors whose support is obvious, it is hard to divine what the motivations of other councilors were, if they had any motivations at all given the lack of a recorded vote.  Therefore, one can only wonder if the non-cosponsoring councilors that effectively supported the resolve acted out of electoral fear or ignorance.

A proposal to extend the council term to four years was sent to committee as its lead cosponsor, Councilor Twiggs was absent.  Resurrected from last year’s dustbin, that proposal would require the mayor’s signature, if approved by the council, before it could reach the State Legislature and face unknown odds.   Unclear, however, is why this proposal is a priority, while correcting the defect in succession following a vacancy in ward seats (a task appointed to Ferrera with nothing to show for it) remains little more than detritus from last year’s council.

One thought on “Take My Council, Please: Cheers & Jeers…”