First, a note to our readers.  We apologize for failing to post on the last two city council meetings.  On balance, there was not much lost in our failure, however, we still regret our failure.  There is at least one issue that merited some further discussion, which we hope to post on this week or next.

The Springfield City Council dispensed with a rather short agenda last night that included a major technical, but not a substantial change to the ordinances, several financial orders and a few home rule petitions…sorta.  Ward 4 Councilor E. Henry Twiggs was absent due to health reasons.

The council received reports from finance officials and three committees.  Finance officials told the council that the city was on pace to exit FY2012 with about $700,000 in the black.  Ward 8 Councilor John Lysak, the General Government Committee chair, related the committee reported on proposed increases in City Clerk fees.  Those proposed fee increases were in line with other communities’ such fees and come after no such increase since 2004.

Paula Meara, the chairwoman of Council President Jimmy Ferrera’s otherwise impotent Casino Site Committee described its first meeting, one of organization, as a success.  She also outlined her own public service career in Springfield.  Meara’s appearance before the Council was well received by at-large Councilor Kateri Walsh, who recalled the former’s service as police chief.

The Planning and Economic Development Committee Chair, at-large Councilor Bud Williams, also brought forth nominees to the Historical Commission.  The city’s Historical Commission, a mainstay of city government since the 1970’s, has operated with barely a quorum of commissioners since last October when the designated architect spot was vacated by David Carlson for health reasons.  The realtor seat had been vacant since 2009 when Maria Acuna resigned and the seat for the alternate remains empty.  Under both state and municipal law, some seats are designated for the nominees of the Board of Realtors and the local chapter of the American Institute of Architects.  The Springfield Preservation Trust also selects a member, who is currently Robert McCarroll.  All members must be city residents.

Vincent Walsh, a realtor and My-Ron Hatchett, an architect were introduced to the committee and then to the full City Council for confirmation.  Neither spoke at the confirmation itself and both passed unanimously on a recorded vote.

Ralph Slate, the commission chairman reached via Facebook said, “I’m very happy to have these slots filled.”  Slate explained that because four votes are needed for the commission to act on proposals from property owners, during some meetings, only one of the four commissioners could vote against a proposal and either stop it or delay it unless or until an alternate became available.  He explained, “we had been experiencing quorum issues which were either delaying projects or were not giving people the benefit of having a full commission decide their proposals.”  Many of the presently serving commissioners’ terms have also expired, but the Historical Commission ordinance provides for commissioners to serve unless and until their successors are appointed by the mayor and confirmed by the Council.

The City Council also accepted grants/donations to the police and fire departments and approved a funding transfer to for Code Enforcement to a fill a position that needed filling after the June 1st tornado.  Several properties owned by the city were also transferred to developers as well.

Legislation was also on tap for the council as it considered two home rule petitions necessary to complete several land swaps.  The first petition sought to excuse the city from normal procurement laws it must follow under state law so that it could execute an even swap of land for another piece of land owned by a landowner near Forest Park Middle School.  The properties involved are near the school on Oakland Street which is currently undergoing renovations.  Property owners on Belmont Avenue want to swap some land the city acquired for the renovation.  Although the city can buy and/or receive any land it wants, it cannot sell/give its land to somebody else without a Request for Proposals (RFP).  The measure passed without debate on a recorded unanimous vote. 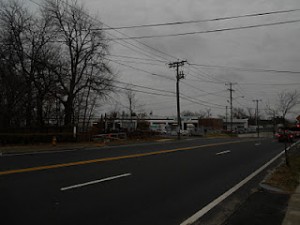 The other measure was essentially an amendment to an earlier council order and special legislation the council had passed to facilitate the land swap involving UniFirst on Parker Street and a slice of Indian Orchard’s Hubbard Park.  Deputy City Solicitor Kathleen Breck explained that Counsel to the House and Senate sought minor, but substantive changes to the home rules petitions.  Breck characterized them as essentially technical changes.  Breck explained in a brief interview with WMassP&I, that the legislature wanted the city’s home rule petition to adhere to the spirit of the state procurement and park management laws.  One critical aspect of the new petition clarified the swap of land.  Under state law, the city must acquire new parkland to replace parkland it gives up.  Solutia is donating such parkland elsewhere in Indian Orchard.  Breck said the new language explicitly stated that if the plan to acquire Solutia’s donated parkland falls through, the swap with UniFirst would be terminated.

The final item worth mentioning actually occurred early in the meeting, which oddly enough actually followed its agenda in order this time.  City financial officials had an item before the Council to transfer certified free cash to the city’s stabilization reserves in the amount of $2.4 million.  Finance Director T.J. Plante urged the council to approve the transfer or the free cash could be lost for a year.  Responding to a question from Ward 2 Councilor Mike Fenton, Plante clarified saying that the state can reduce that free cash if a grant the city has received falls through creating a new deficit.  That deficit will clear either by the Council approving alternate funding or terminating the program, but the state will reduce the free cash by the deficit’s amount until cleared.

The debate on Free Cash prompted Councilor Williams to call on city officials to use the reserves to avoid painful cuts to services, despite what Moody’s might think, a reference to one of the three main credit agencies that rate public debt.  Fenton rose to state his disagreement with Williams’ position.  He noted that City Ordinance requires the reserves to remain above a certain level to cover incidentals and capital expenditures and despite the pain in store for the budget, that rule cannot and should not be set aside lest the city face a further inability to manage challenges ahead.  Williams retorted that the rule Fenton referenced was tied to repayment of the loan that came with Finance Control Board and therefore was a relic of that era.  However, Williams was mistaken.  Although such a rule may have been instituted by the Control Board and/or codified by the legislature contingent on the loan repayment, there exists a city ordinance that a past Council accepted, that requires reserves of at least 5% of all expenditures, which equals about $28 million based on the current budget.  That ordinance makes no reference to any other conditions like the kind Williams described.

Fenton and Williams’ exchange comes after the most recent row between the City Council and Mayor Domenic Sarno.  Last week the Council sent a letter to the mayor demanding more information and accountability from his office before they approve the mayor’s incoming budget for FY2013.  Councilors also criticized the administration’s involvement of the Council and the public regarding $3 million in proposed fees, prompting the Council to characterize those fee increases as an “ultimatum.”  Councilor Twiggs could not be contacted by councilors circulating the original letter due to health reason.  Ward 5 Councilor Clodo Concepcion’s reasons for not signing are unknown.

The mayor replied Friday with a touchy and snobbish letter composed largely of mediocre writing that condescendingly reiterated the Mayor and Council‘s role in the city‘s budget.  Included in the letter was much, although hardly all of the reports and information councilors had been demanding for several months.  Until it was clear the Council had the votes to seriously endanger the mayor’s budget, it seems the mayor did not feel any compulsion to produce the documents requested.

The Council had a light agenda and dispensed with it quickly ending its meeting in just under an hour.  With the budget still unrevealed, ordinances on a host of subjects and other hurdles ahead, such timid meetings in the immediate future seem unlikely.  Timid and uncontroversial or not, real work was done.  Sailing smoothly through the easy stuff as it did last night may provide the Council with the template it needs when it engages the troubled waters ahead.