Industria: Been Working on the Railroad…

PROVIDENCE–Mayor Angel Taveras, the host of the 2012 Netroots Nation conference hammered home one important point.  “Cities matter,” he told the conference when he opened it on Thursday.  Certainly, Taveras can understand as the chief executive of a diverse, and vibrant city that nevertheless suffers from incredible problems.

Part of Providence’s revival involved a massive redevelopment of the railroad that bisected downtown and building new offices and shops.  Indeed, the old Union Station was reused, but its tracks were relocated to a new facility closer to the State House.  Among some of the tracks removed was a line that went into East Providence.  Its viaducts were removed and a tunnel through College Hill, the neighborhood where Brown University is, was abandoned

Now, for a city that is trying to show off its good side (and undeniably Providence has a very good, vibrant side).  However, this legacy of another time is also a reminder of where cities were and where they could go.  The pictures below of the old tunnel.  Its future remains in doubt, but it has been considered for a light rail line in Providence.   At the other end of this tunnel is a bridge over the Seekonk River, which has been in the up position for thirty-five years.  It is a well-known reminder of industrial decay.  It, too, could be used for a mass transit solution.

No particular progress has been made on this front, but it does speak to the potential that cities have using old infrastructure in new and innovative ways.  This can be realized if we invest in our urban communities again and remind ourselves that contrary to the thoughts of some, “Cities matter!” 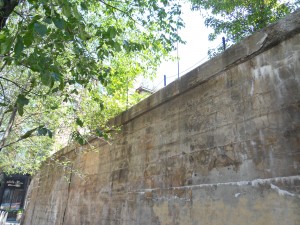 An embankment to former Viaduct (WMassP&I) 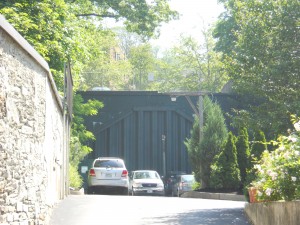 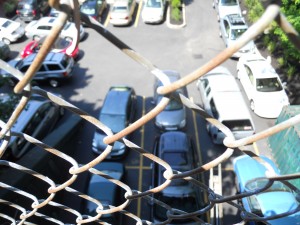 From Above Tunnel Entrance (WMassP&I) 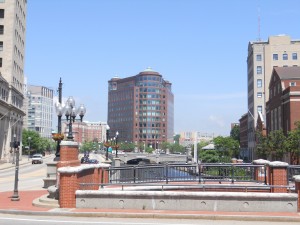