Our One Hundredth: Money, a Tie that Binds Brown & Romney

It may too be early to officially declare the Romney-Ryan Republican ticket a modern day Mittdenberg, but after a week of bad stories, false reboots and a damning video of a candid Mitt Romney, it is hard to not think Romney’s campaign is flailing. The way you know it is in trouble is how Republicans down ticket are trying to jump ship. No place is this more apparent than in Massachusetts‘s own backyard.

Senator Scott Brown has been trying to distance himself from Romney’s remarks, but that video may have only proven how hard it will be for Brown to fully divorce himself from his party’s last governor in this state.

Brown faced his own tough weekend as not one, not two, not three, but four polls showed a reversal of fortune for his opponent Democrat Elizabeth Warren. One poll showed a pronounced leap in support of Warren while the other two showed tight leads. These polls were joined by a batch of new ads that turned the campaign away from introductory-type spots and more toward issues. 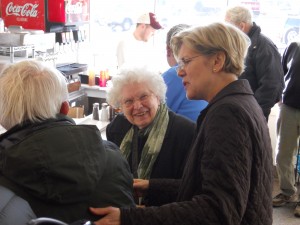 Of course if Warren is up, Brown is down. A desire for a Democratic-controlled Senate, strong grassroots efforts that Brown cannot replicate and a successful Warren appearance at the Democratic National Convention have at least changed the narrative back to a tie.  Warren herself took no time slamming Romney’s remarks in interviews with the Washington Post and other outlets.

The polls deeper numbers who Brown’s gravest problem, his disconnect with women. Despite insistence by Brown’s wife and former mayors of Worcester and Lowell, Konnie Lukes and Rita Mercier, all of whom, incidentally are women, that Brown is a nice guy, he lags with female voters. Stories about his jumbled bifurcated stance on women’s reproductive rights are certainly not helping.

Whatever the reason, Romney’s comment could not have come at a worse time for Brown. Already Brown has tried to cozy up to President Barack Obama (who is indisputably backing Warren) even including the president in a recent ad, which was fact checked as misleading by the Boston Globe. Ever mindful of how toxic Romney is in Massachusetts, Brown needs to run away from him and the party whenever possible. His response to the video is not unexpected then.  Indeed it even caused a minor kerfuffle on Twitter when Brown refused to say whether he still supports Romney.  A spokesman confirmed, Romney still has Brown’s vote. 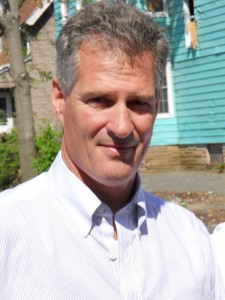 However, Brown’s declaration that he disagrees with Romney may ring hollow. Past quotes like these don’t help, but that’s the least of it. The man who hosted Romney’s fundraiser in Boca Raton where the candidate’s comments were filmed is named Marc Leder. Like Romney, he works in the private equity at Sun Capital Investments.

Three months to the day that Romney was recorded at this fundraiser, Leder maxed out to Scott Brown giving him $5000, the maximum contribution permitted under law. Leder’s Sun Capital Investment’s Political Action Committee also contributed $1000 to Brown. At least one other Sun employee in Florida, Rodget Krouse and his wife each gave the maximum to Brown as well on the same day as Leder. Thomas D. Arthur, another attendee of Romney’s infamous fundraiser has also given to Brown $1000.

In and of itself doe this matter? Both Warren and Brown have traveled across the country to raise money for their campaigns. The reality of modern politics demands it. However, Brown has also been dogged by contributions from the financial industry, fortified by proof that he worked to weaken financial reform both before and AFTER he voted for it. 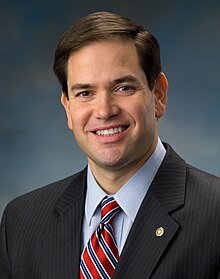 Under the circumstances in which Romney offered the full monty of his views on half of America, a question arises as to what Brown is saying in front of his fundraisers. The crowds are remarkably similar and Brown did take a fundraising swing through that area of the country with Florida Senator Marco Rubio picking up several big checks from Floridians that also back Romney. Originally that Sunshine State tour was controversial because one donor has been accused of modern day slavery. In context of Romney’s remarks in Florida, could Brown be making similarly disparaging remarks about voters?

Under normal circumstances, that would just be idle speculation. However, we already know that Brown, despite his mother’s time on public assistance, either holds welfare recipients in contempt or is cynical enough to use some voters‘ contempt to drum up anger. Earlier this year, he trashed the Commonwealth of Massachusetts for sending welfare recipients voter registration forms after it had failed to follow federal law and offer those recipients a chance to register upon application for benefits.

Forgetting for a moment that Romney was also ignorantly hitting students and seniors in his “47%” remark, the thrust of Romney’s attack was against individuals whom he deems to not take personal responsibility for themselves. Brown has employed similar sentiments or dog whistles on the voting registration mailings and elsewhere, most notably during the Cherokee nonsense that dogged Warren earlier this year.

Loaded in that withering attack from Brown and his media allies was an effort to drum up white anxiety about affirmative action. The goal of those attacks, if not always the substance, is not a far cry from Romney’s view that similar beneficiaries of other programs refuse to “take personal responsibility for their lives” and “believe they are victims.”

Months later that attack still pops up even after polls showed voters nonplussed, the Globe destroyed the lingering doubts and Boston City Council Tito Jackson offered a succinct rejoinder in the New Yorker.

So what does Brown say to a rooms full of the wealthy donors much like Romney’s? Whether it Palm Beach or the Cape Cod home of a wealthy Boston financial titan, the audience is the same as are likely the sentiments. Brown says he rejects Romney’s comments, but of course he has taken multiple positions as Brian McGrory points out today he may acting in front of cameras (better than Romney, obviously) and speaking his mind to donors. Of course unless one of the serving staff puts their iPhone in the punch bowl to record Brown we may never know.