Aside from a few special meetings and a one scheduled meeting in July and August each, the Springfield City Council took the bulk of the summer off. Certainly, one issue, casinos, kept the City Council busy as it tussled with the mayor for control of the siting process. Now that the summer is over, the Council returned to 36 Court Street Monday to face some substantive issues even as more political ones simmer below the surface.

As evidenced by last night’s meeting (full report later this week), casinos will easily be among the most pressing issues before the Council. With the city’s selection process essentially in limbo while the city and state investigates the consultant’s ties and the city’s process, the Council will be asking questions, publicly if not always in its meetings. The mayor’s selection process has irked Councilors, who have their own siting committee, appointed by Council President Jimmy Ferrera.

On the Council agenda already is an order to place a citywide vote on a casino before voters. The law legalizing casinos in Massachusetts gives cities in which a casino is proposed the option of holding a community referendum in either the ward in which in the casino is proposed or one that is communitywide. Given that potentially all three casino proposals in Springfield could be in different wards, a citywide vote would be the most efficient. The decision has been sent to committee for now.

The Council will also be returning to questions of residency. During the summer a committee meeting was held on amendments to the city’s residency ordinance. The ultimate fate of that legislation is difficult to judge. However, it will remain a huge topic, regardless. The biggest sticking point will be how to deal with employees who fell out of compliance between the ordinances major revision in 1995 and the present. However, deletion of the Control Board’s waiver process made in 2009 is much less controversial and more popular. This is especially true since the most common use of that waiver is to hire department heads whose residency has the widest support on the Council.

Another issue bound to reoccur is public safety. Ward 2 Councilor Mike Fenton and Ward 7 Councilor Tim Allen introduced several crime measures earlier this year, but the Council has yet to act. If the Council wants to put more onto its plate, returning to that subject would provide plenty of excitement.

However, the issue has not moved since it went to committee. Public Safety Chair at-large Councilor Tom Ashe could hold a meeting at any time or given the stretch of time, Allen or Fenton could pull the item out on their own. However, since their stated intention at the time was to put the measures into committee to improve on them, that seems unlikely.

Lurking behind the shadows and off the record is a question of next year’s City Council President. Arguably the body’s only critical internal decision concerns the election of a leader for the body. The Council Presidency is phenomenally weaker than even many who covet it may realize. Its power to appoint committee chairs is important, but absent a mayoral vacancy, the president only presides over meetings and must step down to debate. The office has generally carried some level of visibility and therefore can be a platform for running for something else, often mayor.

Still, as this year’s Council Presidency fight and aftermath illustrated, it nevertheless leads to some high profile spats. Ferrera, an at-large Councilor, succeeded in securing the votes to become Council President last year and by the time Election Day rolled around, he announced that he had sufficient support. At the informal caucus held to elect the Council president at the end of December, the vote had become unanimous.

However, in January, Ferrera controversially shafted two of the last votes to support him, Councilors Allen and Fenton. Both were given few or, in Fenton’s case no standing committee assignments, an unprecedented slight in Council history. Allen indicated in the aftermath that Ferrera was counting votes for the presidency months before it was even known if Ferrera himself would be reelected in 2011.

The situation is no different now, with vote-counting likely already underway. A majority may not yet exist, but some councilor is probably trolling for them. Since last week’s primary where two councilors vying for state positions lost, the presidential math has been scrambled again. 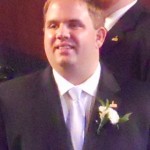 But who could be the next President? The last Council President, Jose Tosado, did serve back to back terms and the implication was that this was done to help Tosado in his run for mayor. Therefore, back to back Council terms for Ferrera is not without precedent. However, for the most part, presidents serve only one year at a time, unlike in other cities like Holyoke or Boston whose presidents tended serve for years.

Who else could be jockeying for the position? All of the at-large councilors except Ashe have been president before and one of those councilors, Tim Rooke, has suggested that there is a “turn” process. Therefore, unless Ashe is clamoring for the post, which there is no indication one way or another, the next turn would be a ward councilor‘s.

Allen and Fenton, possibly not interested in a front line battle after this year, seem unlikely. Furthermore, the two have proven effective even without an in with the president. Ward 1 Councilor Zaida Luna could use the visibility especially if she faces a strong challenge next year, but visibility of that order is not really in her nature.  Ward 3 Councilor Melvin Edwards and Ward 4 Councilor E. Henry Twiggs are likely to concentrate on their health rather than containing raucous Council meetings.

The last three councilors seem possible, but nothing particularly makes them stand out except that Ward 8 Councilor John Lysak is vice-president, which has historically been mostly an honorarium. Moreover, it has rarely foretold the next Council President.

Of course, except the presidency, all of these issues could get overshadowed by fiscal issues. Springfield’s budget remains, at best precarious, leaving a sword of Damocles above the heads of all Councilors who will enter next year’s election landscape, for the first time ever, with no mayor on the ballot.