The subject matter is complex, esoteric and to some, probably dull. However, Tuesday night the revision of the city’s zoning ordinance packed seats and elicited cheers and jeers from meeting attendees as residents demanded, sometimes bluntly, that Councilors act on the ordinance.

Despite that strong public reaction from members of civic associations from across the city, the Council did not act on the measure. Instead it sent it to committee rather than face a certain death on a vote. Ward 3 Councilor Melvin Edwards, whose absence contributed to the at-times chaotic atmosphere, was absent, still recovering from knee injuries sustained during the summer.

Following an endeavor that has lasted six years, the City’s Planning Department along with its Planning Board and backed by neighborhood groups submitted a revised zoning ordinance to the Council. Among its components are broad revisions to the city’s zoning definitions and components, an increased role for the City Council and Planning Board for larger projects, and the requirement of site plan reviews for many projects.

Business groups and leaders, including Colvest’s Frank Colaccino, F.L. Roberts, realtor Evan Plotkin, Paul Picknelly and Cataldo and Wallace, opposed the changes, although their reasons were not entirely clear. In their presentation, largely led by their lead attorney, Craig Brown of Doherty, Wallace, Pillsbury and Brown, business owners decried the subjectivity they claimed would result from passage of the ordinance.

The bulk of the meeting itself was a mix of the surreal and personal jobs. Deputy Director of Planning Phil Dromey made the initial presentation to the Council. He faced stiff questions from councilors ranging from the empowerment of the Planning Board to seeming accusations of impropriety.

Dromey confirmed after the meeting that, unlike the special permits the Council approves presently, these special permits are much more broadly defined and would need to be approved if they otherwise meet zoning requirements. The Council itself would also have this power in the case of particularly large projects like a casino.

At-large Councilor Tim Rooke questioned whether the revised ordinance would cost the city more money and referenced costs associated with the foreclosure ordinance. Dromey replied that he was confident that his department could meet the additional workload. In a subsequent interview, Dromey noted, that if something in the ordinance proved too burdensome the council could tweak the zoning ordinance to reflect experience.

An email to city officials explaining the costs related to the foreclosure costs was not returned before posting time.

Ward 5 Councilor Clodo Concepcion went on a diatribe about the revision’s cost coming perilously close to alleging corruption or graft against City Planners and an all-volunteer Citizens Advisory Committee. There were costs associated with the revision, including consultants and a zoning attorney. However, Concepcion implied financial benefits for staffers working on the revision. Dromey said other than the occasional pizza, staff costs were merely regular salaries.

Concepcion did not relent complaining that taxpayer’s money was at stake. This drew a strong rebuke from Pine Point resident Gloria DeFillipo who called his remarks “hurtful” and “denigrating.” Addressing Concepcion directly, she added, “I take exception to that.”

Planning Board member Katie Stebbins took a different tack saying that greater inclusion of the Planning Board, a group of well-trained professionals, would be good for the city. “This is not a group of dunces,” she said fighting back arguments against empowering the Board. She said in many cities zoning revisions are “moments of celebration.” The Board is appointed by the mayor and confirmed by the Council.

Stebbins also said the revision must be passed on behalf of taxpayers like herself. This became a theme, including when Robert McCarroll, who lives downtown, made that point, too. McCarroll, a Historical Commissioner, emphasized the need for this ordinance in order to integrate the city’s existing buildings into development. He cited architects, planners and a New York Times critic who said the city’s biggest strength is the character of its buildings.

Opponents, led by Craig Brown, the attorney, focused primarily on the subjectivity of the proposed changes, emphasizing that the existing system works best. This is not surprising as virtually any development that lacks a special permit from the council can be built as of right. Brown advocated putting site review into the existing ordinance.

In an exchange with Ward 2 Councilor Mike Fenton, Brown said his clients could not support the changes. This was despite 200 concessions since the measures last attempt before the Council in 2009.

Ward 7 Councilor Tim Allen recounted how the city and developers seemed close in 2011, when he was chair of the Council’s Planning and Economic Development Committee. Brown appeared to admit that his clients were near agreement, but later backed off considerably, saying developers were “entitled to evolve” on the issue.  In a subsequent interview, Allen said said he supports the new ordinance and was proud of those who spoke in support of it, but “was unhappy that the development group had changed their position.”  He noted that developers and the city had narrowed the objections to three issues unlike the ones raised Tuesday.

Rooke, in a somewhat vapid argument, noted that Brown was involved in the Basketball Hall of Fame development and therefore the latter’s admonitions on the revision should be heeded. Dromey later replied that the Hall of Fame’s design also involved extensive site review, whereas there is only limited review in the city generally under current ordinance.  Rooke also noted that his wife is an associate in Brown’s firm, although he offered no plan to abstain on a vote.  An abstention, however, would have the same impact as Rooke’s not-so-subtle likely no.

Brown and Colaccino, the only developer who spoke for himself, claimed they had no problem with the site review process. However, they objected to greater involvement by the Planning Board and the City Council in development saying it would lead to lead to runaway conditions that could sink future projects. They cited a Northampton zoning ordinance that did the same on King Street as proof

Carolyn Misch, Northampton’s senior land use planner, described that city’s experience on King Street in a way quite differently from the proposed Springfield ordinance. King Street was rezoned eight years ago she said and that rezoning was tweaked last year. However, this change had nothing to do with planning procedures.

The rezoning along King Street contained numerous and specific components and limited land uses. There were many reasons, Misch explained, the city later liberalized those rules. “We felt there was a better way to address policy objectives.”

Misch did say, as a matter of comparison, that Northampton Planning Board, which acts on all special permits, can attach conditions to proposals. However, being a non-political body it only does so with the input of other city professionals or other stakeholders.

Colaccino, of Colvest Group took issue with the parking requirements. Today’s urban planning encourages sidewalk fronted development to encourage pedestrian access instead of moats of parking separating structures from the sidewalk as was common in the 1970’s.

Colaccino contended that if the proposed rules were in effect, developments like the People’s Bank on Allen Street would not come to be. This was rebutted by Dromey, saying that if the tenants needed sidewalk fronted parking that would remain an option. Dromey also noted a Windsor CVS Colaccino developed that was designed to the specifications of the town, including better pedestrian access. 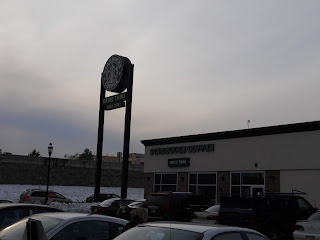 Dromey added that sidewalk access to the Columbus Avenue Starbucks, also a Colvest Project, is part of what made that project successful. Indeed it is the only sidewalk fronted Starbucks between Hartford and Northampton.

Both Brown and Colaccino suggested that projects could remain in limbo if the Planning Board requested unlimited extensions. They appeared to suggested that if the developers refused an extension, then the Board could summarily deny the application.

On rebuttal, the back and forth continued for some time with several residents promising to remember this vote next November when councilors will be up for reelection. Stebbins, speaking on rebuttal suggested the city should not be held hostage by a small group while another speaker said the developers were implying that Springfield a poor city, cannot have higher standards. Brown denied that.

At this point it was becoming clear that the necessary nine votes as called for under the commonwealth’s municipal zoning statute were probably not there. After public arguments had ended, Allen rose to request a continuance of the hearing to allow the absence Edwards to vote later. Under common understanding of land use procedures, only councilors present for an item’s hearing may subsequently vote on it.

Then, suddenly, at-large Councilor Jimmy Ferrera, the Council President, gaveled the hearing to a close. What followed was several minutes of chaos as jeers from the audience competed with Allen’s protestations. At-large Councilor Kateri Walsh called for a recess. Councilors scattered to discuss the matter as a restive audience murmured and approached members of the Council.

Fenton made a motion to challenge the ruling of the chair regarding the closure of the hearing, to which a stone-faced Ferrera demanded under which rule. Fenton retreated to the Council rules while other councilors stalled. Allen said he hoped to continue the meeting not only for Edward‘s sake, but for some who were absent due to the start of Yom Kippur. Ferrera, nonplussed, replied, “I already banged the gavel.”

Just before a vote to send the item to committee, Fenton rose again to challenge Ferrera’s decision to close the hearing. Fenton cited the Council Rules’ reference to supplementary rules, namely Roberts Rules of Order, to answer parliamentary procedure. Despite validly citing both the Council Rule and Roberts Rule to challenge the chair, Ferrera summarily denied the motion.

Under both the Roberts Rule cited and under Council Rule 9B, although un-cited by Fenton, Ferrera would have had no choice, but defer to a full recorded vote of the Council. Still, Ferrera rejected it out of hand as other Councilors, either cowed or indifferent, stood by.

Complicating matters further, sources inside City Hall say Ferrera had agreed in advance to hold the hearing open to allow Edwards to participate.  Allen confirmed to WMassP&I that he, on several occasions prior to Tuesday’s meeting, had notified Ferrera of his [Allen’s] intention to seek a continuance of the meeting.  An email to Ferrera about this matter was not returned by posting time and Ferrera fled quickly after Tuesday’s meeting.

Ferrera did tell the Republican, that the city should not pass the revision unless it includes a casino district.  However, he did not say that publicly at the meeting and it seems rather absurd to wait until a casino is selected since a casino is not assured and could be easily be included after a location is selected in the city.  Furthermore, it could take months more after a site is selected to actually decide what the district should look like, its size and how it would integrate with a casino.

The measure moved to committee with only Ward 1 Councilor Zaida Luna dissenting. However serious questions remain. The current zoning ordinance is forty years old, ancient relative to other New England cities. It appears that the money and influence of developers is holding back change. That long-serving at-large councilors are opposed to it is unsurprising. However, should ward councilors, too, be deferring to a few, often non-residential influential individuals over residents, it could spell trouble for fundamental reforms the city needs to bring itself into the modern era.

One thought on “Take My Council, Please: Twilight Zoning…”