Last night we had both surprises and the opposite of that in the same night.  The surprises were by turns disappointing and interesting.

As the campaign dragged on, it became increasingly clear that Congressman Richard Neal would win.  The question was really what would the margin be?  Would it be a blood bath or a mercy blow to his opponents?  Well, on the surface it was actually somewhere in the middle.  Sixty-five percent of the vote is not a small margin by any measure.  However, the more painful blows to his main competition, Andrea Nuciforo, came in the form of Neal beating the former State Senator in many Berkshire towns.  Neal even held fairly even with him in Pittsfield, Nuciforo’s base.

The Governor Council’s race is simply bewildering.  Former Springfield Mayor Michael Albano, who narrowly avoided prosecution as he fled City Hall in 2003, beat out Westfield School Committee Member Kevin Sullivan.  Chicopee City Councilor Gerry Roy was a distant third.  While startling that Springfield would give Albano an advantage, it is not wholly surprising since the others may be less known.  However, Albano’s wins in other cities and towns are truly astounding.  However, perhaps not enough was made of Albano’s edge-of-criminality governance in Springfield.  Gay rights groups swooned over Albano for his heavily symbolic support for same-sex marriage back in the day. They chose to trade their support to him for a years-old declaration that was made real not by a politician, but a reading of the state constitution that no Massachusetts court is ever going to overturn.  Labor also backed Albano for reasons less clear, but never advertised that fact.  Albano’s camp, however, did. 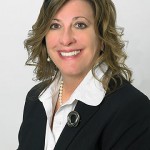 However, the Governor’s Council race was always thought to be close.  What was not thought to be so was the Clerk of Courts race, which went to assistant Clerk of Courts Laura Gentile.  Despite a last minute spat that erupted between her and perceived frontrunner Thomas Ashe, she pulled ahead.  Casual observers thought that either DiSanti or DaCruz, who had sizable community support, might be the dark horse winners.  However, despite late-breaking reports on Gentile’s connection to ex-politician and ex-con Frankie Keough, Gentile’s message of being an assistant clerk already may have broken through in the end.  More surprising though is how close Springfield was.  Perhaps her hit on Ashe’s misreported ambivalence about resigning his council seat had a last second impact.  Although Ashe prevailed in the city, he did not win by a wide margin as had been expected and that hampered his safety net as he lost other towns, where Gentile’s professional over politics pitch worked.  Moreover, Gentile worked the towns from “Tolland to Holland” quite hard.

The divide in Springfield may be partly explained by a broader fight among city political factions both of whom turned out to support Neal for congress.  Gentile also benefited from a surge in support in the area’s nascent politically active LGBT community, although their interest in the race, given its apparently lack of policy implications for gays and lesbians, remains unclear.  Given voters willingness to ignore Albano’s obvious and far more troubling failings, it is unsurprising they would be similarly unmoved by Gentile’s Keough connections, assuming they mean anything anyway.

Of the above races, only the Governor’s Council has a Republican opponent.  Michael Franco of Holyoke won the Republican nomination.  If the opportunity arises, we will try to do a more in-depth analysis of the results, but for now, it was fascinating night in Western Mass Politics!