Endorsements on Parade: Our One Hundredth, Our Choice… 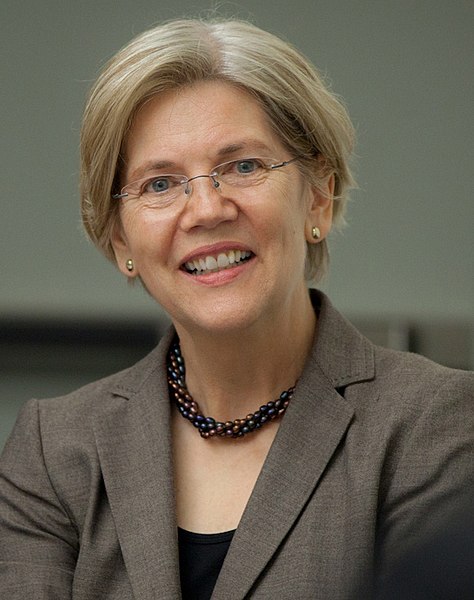 If you were to ask politicos eighteen months ago whether they imagined Scott Brown falling in the polls, singeing his fingers as he erratically attempts to burn his opponent, laughter would probably have been the response.  And yet, here we are, with the US Senate in the balance, playing host to the hottest election contest in the nation between a seasoned pol and fierce newcomer.

Elizabeth Warren, a law professor and consumer advocate, had been well-known as a finance and bankruptcy expert but certainly not as a politician.  She did work in Washington and launch a campaign there to create a consumer agency as part of a bill for which Brown claims credit.  In some ways, it was fate they should become contestants in a race that could hold so much in the balance independent of the Presidential Election.  Her election, which we firmly support, would break barriers for women here in Massachusetts and challenge the status quo in Washington.

We did not endorse Senator Brown in 2010.  We supported Martha Coakley in part because we believed in her, but also because of the stakes.  She lost that race to Brown for a number of reasons we outlined then.  However, in stark contrast to others who see their candidates lose, we accepted those results.  We hoped that Brown could muster the humanity and character to take on the legacy of Massachusetts senators like Edward Kennedy and his brother, but also great Massachusetts Republican senators like Edward Brooke, Henry Cabot Lodge and Charles Sumner. 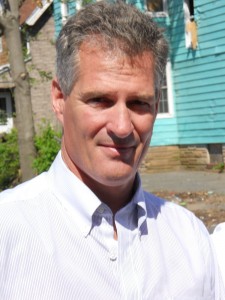 He failed.  Or he never tried.

Brown’s votes have been a smattering of political opportunism and enriching the powerful.  What good votes he has came at the eleventh hour or came at a terrible price as with Wall Street reform.  Even then he sought to gut that law after the fact.  That bipartisan mantle he claims only clearly surfaced after Warren was considering a run.  Conviction has been a convenience, not something backed by courage, for Brown.

His campaign has been little different.  Brown spent months assuring Bay Staters, he was one of us, a Red Sox loving, back-slapping, , truck-driving, regular dude that loved his wife and daughters, women all.  That’s wonderful, as we have no doubt he loves his family, but what about others?  Lately his campaign has relied heavily on slander, predicated on an appeal to our basest and worst instincts.  His latest ads and his own words show disrespect toward Warren, but others too.  Brown does not want a campaign of issues or ideas.  Indeed, he has condemned talking about his record, as if his votes do not really matter.  Why is he a senator then?

Exaggerations have been par for the course.  And now he tells us Massachusetts should reelect him because he can talk to Speaker John Boehner and get things done.  Specious reasoning at best, as Brown proved himself and the “R” next to his name to be utterly impotent as Boehner’s House refused to budge during the debt crisis.  Why would they listen to him now?

Elizabeth Warren has weathered the charges that she is an elitist professor at that den of iniquity Harvard, an institution so reviled that it is enshrined in the commonwealth’s constitution.  She has done so gracefully showing us the woman who rose from obscurity, through a public higher education system, to become a sought-after scholar and staunch advocate for the little guy (or gal).

Elizabeth Warren is more than just a bankruptcy and finance wonk.  Far more.  As one supporter said of the first time candidate, “she looks you in the eye and asks you for your vote” with sincerity and not a politician’s grin.

Her proposals to rebuild this country are exactly what the financially challenged gateway cities of the commonwealth need.  These cities, like Springfield, need, as Warren has said, a “federal partner” to flourish again. 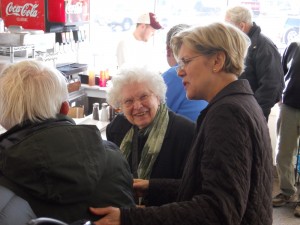 She supports families.  Not “family” as some anachronistic perception, but as lives built together on love and shared aspirations.  To her, it is not the government’s place to say who can constitute a family, but it should make sure each family has a fair shot.

Warren has also advocated for the right of women, not bosses or politicians, to make their own health care choices.  Brown has offered only little more than platitudes and video of his wife and daughters as proof of his understanding of women’s issues.

Like us, Warren supports the Affordable Care Act because she sees its need.  Without it more lives and uninsured families will be ruined by a calamitous illness or accident, something years of her research has proved happens all too often, while taxpayers end up with the emergency room bill.  Those same beliefs have also led her to stand up for the strength and survival of both Medicare and Medicaid.

Her stump speech features a rejection of the thinking that “I’ve got mine and the rest of you are on your own.”  Scott Brown likes to say Warren is wealthy.  She lives comfortably, but so does he and both claim humbler beginnings.  However, quite unlike Brown, Warren has not forgotten where she came from.  She wants the success she’s enjoyed for everyone and has the record to prove it.  Brown only pays lip service to that goal.

Furthermore, on all of the above issues, she is prepared to work with anybody willing to help as Republican and former FDIC Chair Sheila Bair attested in endorsing Warren.

It is hard to imagine now, but after World War II, Massachusetts and its cities like Springfield were investing in its people, its roads, its schools.  Today, it is an open question of whether or not we can even afford firefighters.  Yet as one of our city’s voices in the world’s once-greatest deliberative body, Brown rejected funding for public safety in order to save hedge fund managers and corporate titans a few bucks a year.  Meanwhile, as staffing goes down, insurance rates for homeowners go up.  This is only one example of how Brown has not served Springfield’s interests, in particular.

Our country has not been served well by those that appeal to our hedonism, selfishness and prejudice.  The time has come for someone who appeals to the “better angels of our nature.”  Elizabeth Warren is who we need now.  Not because she is perfect.  We do not and we should not deify our officials.  Rather we need her because in her we see the concern for and dedication to our fellow man and woman, a humanity we greatly need in our politics today. 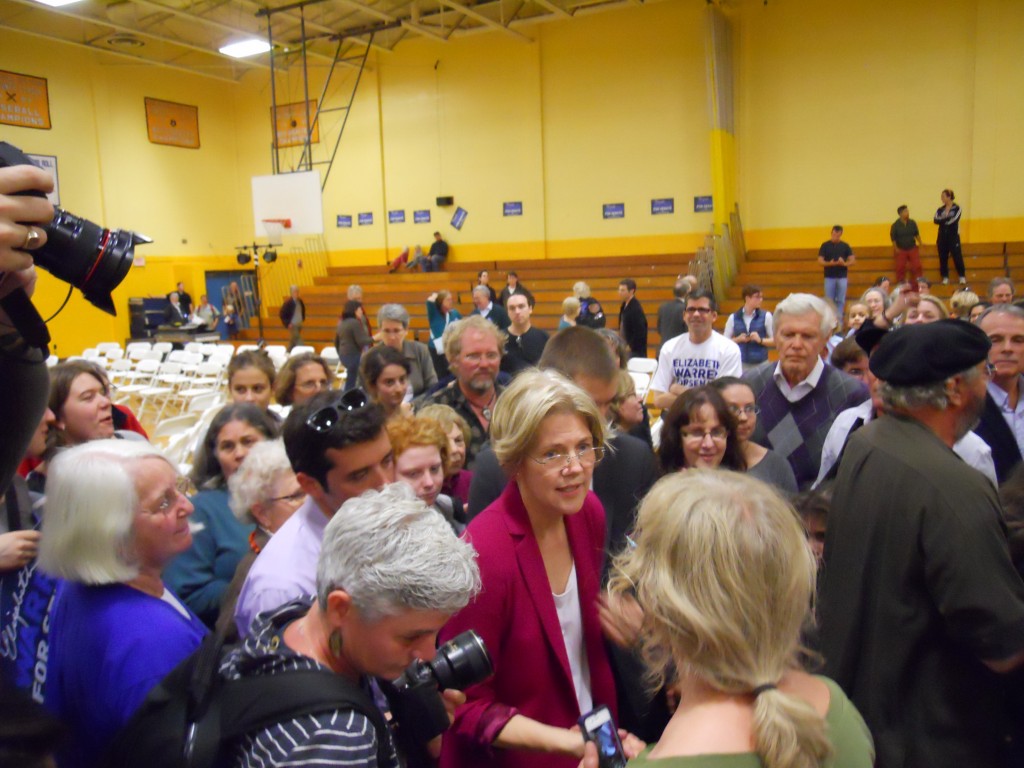