Our One Hundredth: Traitor to the Cause… 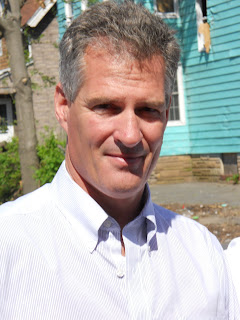 There was more than hint of irony when Senator Scott Brown announced he had the support of Springfield’s former mayor Charles Ryan. Over the last fifteen years Ryan had presided over the city’s troubled finances, but also worked to preserve its libraries. In endorsing Brown, he effectively undercut both the city and other causes he fought for in and outside of City Hall.

Ryan is hardly alone among those whose support for Brown actually amounted to undermining of other causes those supporters have backed. Of course much has been made of Ryan’s endorsement of Brown because the former mayor is a Democrat, however he is not a member of the Ward 6 Democratic Committee where he lives. Additionally, his pick of president was not disclosed. Former Boston Mayor Ray Flynn, who also supported Brown, has been touted as a crossover supporter, but Flynn is also backing Mitt Romney for President.

Ryan’s work both on behalf of the libraries and the city during the Control Board era should have given him pause before the octogenarian backed Brown. The Republican Senator has taken numerous votes that have had the potentially to materially impact and weaken Springfield.

Brown has derided, and continues to thus far, the American Recovery and Reinvestment Act, better known as the stimulus. Specifically he said the stimulus never created “one job”. Much of the $800 billion dollars included in the bill went to tax cuts that benefited countless Springfield families up and down the income brackets. However, it also included much needed funding to stabilize state finances.

The Commonwealth of Massachusetts was no different than any other state in terms of fiscal chaos as revenues plummeted after the economic crisis. Although Massachusetts ultimately cut local aide considerably, the stimulus permitted the state to plug holes that kept cuts from being even deeper. In particular, education funding to the city remained stable in part because the state opted to protect education funding amidst broader cuts.

Springfield relies heavily on local aid for its non-school budget, while more that three quarters of school funding comes directly from the state.

In the area of public safety, the impact is particularly noticeable. The fire department went from 291 funded positions to 262 between 2008 and 2009. However, the city was able to hold the line of reductions again until 2011 as local aide was cut less dramatically than it might have been. Part of that may have been due to a $500,000 grant the city received for firefighter funding from the stimulus.

This is particularly troubling because, as mayor, Charles Ryan received a report that the Control Board commissioned to study the fire department. Although the department got a fair rating in the report it warned that further staffing reductions could jeopardize the city’s ability to adequately respond to fire emergencies.

The stimulus’ wiggle room gave state budget writers the ability to save other programs that may have gotten the axe if school funding had not been protected. The city’s libraries, one of Ryan’s priorities in and outside of the mayor’s office, also sustained lighter cuts in the immediate aftermath of the economic collapse than if local aide had been slashed deeper.

However, Brown’s off-the-cuff dismissal of the stimulus is not the only problem. Brown also rejected several jobs bills President Barack Obama sent to Congress on the grounds that raising the fraction of a percent in taxes on millionaires was wrong. One of those jobs bills also contained funding for firefighters.

Indeed, between 2011 when Obama’s submitted his jobs package and 2012, the city would be forced to eliminate another 10 firefighter positions and the closure of a fire company.

While Brown cannot be blamed for all of the city’s financial woes (the state and city play obviously prominent roles), it is curious that any Democrat would back Brown under these circumstances. Brown likes to claim that since rejection of the President’s jobs bills was bipartisan (1-2 Democrats voted with Republicans), his math is off in that almost all of them did have a majority in support. It did not pass, of course, because the Republican party, including Brown in most occasions, filibustered the legislation.

The damage from this behavior runs beyond just the jobs that were lost in the fire department. City Councilors and others have lamented that the weakened fire department has an impact on insurance rates in addition to public safety. The same can also be said of the Police Department which has also been under pressure since the economy cratered.

The Professional Fire Fighters of Massachusetts, of which Springfield Local 648 is a part, has endorsed Elizabeth Warren.

In tonight’s debate, Brown may face this reality for the first time seriously. In the abstract, the Stimulus and the President’s Job’s bills are merely numbers that appear to go no where. However, in the Commonwealth’s third largest city, the impact of those decisions is incredibly obvious…except to some who seem not to care since their house is not burning right now.