Endorsements on Parade: Sliding Down the Ballot…

The moment you have all been waiting for, endorsements of offices in our backyard!  Beyond the “continue reading” click, our list of choices for competitive races in Greater Springfield/Hampden County.  Our apologies for not going out further than that, but a lack of resources limited our ability to touch any of the races not listed here (or listed elsewhere).

It is déjà vu all over again in this district, which includes Hampden, Longmeadow, Monson and much of East Longmeadow,  with incumbent Brian Ashe facing off against Longmeadow Select Board Member Marie Angelides.  Last time Ashe won in large part because of support in Springfield, which is no longer in his district.  He appears to be dedicated servant seeking the best for his district.  In Monson and Longmeadow, he has fought hard for the needs of those communities whether it is Longmeadow High School’s renovation or tornado relief.  Perhaps just as important he has shown a willingness to buck leadership when it is in his constituents’ interest.

Angelides, however, has not made much of a case for election.  Moreover, our sources in town government say her behavior in the Town Manager search, included some power plays undertaken to shore up her own base.  Several good candidates bailed when it appeared that public administration was taking a backseat to political ambition.  Others candidates were sought as a means to bolster Angelides ahead of this election.  Either way, Angelides has been leading the Select Board’s search, and as of this writing, the Town was stuck with only a interim appointee.  The manager position was created to limit political interference over day to day town affairs, not increase them.

For the foregoing reasons, we urge reelection of Brian Ashe in Second Hampden District.

The American Legislative Exchange Council and other national groups have taken on a starring role in this election.  Representative Nick Boldyga of Southwick would like to blame his opponent Agawam resident Sam DiSanti for this (the district also includes Granville).  Nobody dragged Boldyga into these groups and their impact on the national stage is deeply troubling.  This institution has facilitated efforts to screen voters at the polls, gut worker protections and pass laws at the center of the Trayvon Martin shooting.  By far, however, the voter screening laws, which Boldyga has sponsored, troubles us most.  There is nothing more offensive in our mind than a suburban legislator, with little to no grasp of life for the urban poor, erecting barriers to voting on the basis that he thinks his constituents can meet it.

DiSanti is not a perfect candidate and to some extent he has failed to bring the national argument against Boldyga fully.  However, he rightly points out that Boldyga appears to be playing both sides against the middle, particularly where the latter’s conservatism is concerned, trumpeting work the Democratic legislature does while taking tea with the national right.  DiSanti, a former small business owner, is well-suited to bring to the House a perspective on what Western Mass needs to grow its businesses and jobs.

Ultimately, however, what moves us is Boldyga’s affiliation with these groups whose goals we think are bad for our commonwealth and the people of the Third Hampden District.  Vote Sam DiSanti.

A truly crowded ballot will greet Holyoke voters on Tuesday.  It appears that when this seat opened several saw it as an opportunity and to some extent the energy of the race has brought a robust debate to a city, only one in this district, which at times, seems to be at war with itself.

We cannot take Mr. Hobert seriously.  We have a problem with somebody using another party’s line simply to get themselves onto the ballot.  The Green-Rainbow Party disavows him and there is no indication he holds any of their values, if not the opposite entirely.

We credit Ward 5 City Councilor Linda Vacon for running.  However, her prescription for this urban, poor district will do little to empower the underprivileged there.  We appreciate her support for families, but inclusion of the phrase “traditional” implies a refusal to accept today‘s realities.  If anything it smacks of making the complexion of families the province of the state, a strange position for somebody that says smaller government equals more freedom.  Much of her platform is boilerplate conservatism.

At-large City Council Aaron Vega appears more in tune both the realities of Holyoke and the commonwealth’s society more broadly.  An ally of Mayor Alex Morse, yes, (and not necessarily a bad thing), but his investment in the city predates Morse’s election.  It is also clear that public service in Holyoke has not been photo op for Vega.  He has clear command of the issues and donates time on matters that affect the community and city.

Vega’s critics charge he would only represent one part of the city, but it seems as though Vacon’s views only fit in her ward and probably in a minority of it to boot.  The choice is clear: Aaron Vega for the Fifth Hampden District.

Races that feature a major party candidate and an independent are often ignored unless you are Bernie Sanders or Angus King.  Neither is running in his West Springfield dominated district that includes pockets in Springfield and Chicopee.

Representative Michael Finn, the somewhat animated successor to the low-key now-senator James Welch, would at first blush appear to have hidden in the backbenches as many freshman do.  And perhaps he has as he has not sponsored many bill.  However, we were impressed by how much he had taken in during what may have been somewhat arduous meetings on a host of issues from veterans to health care financing.

Lincoln Blackie, a lifelong resident of Westside, has put a lot of effort into this race, or at least more than most independent candidates can.  Drive is certainly part of it as well as a healthy interest in politics.  But the money from the Republican party of which he claims to not be a part certainly helps.  We do not care that he is getting support from the Western Mass Republican establishment (such as it is), but it is disingenuous to claim independence and then in example after example, show your hand as a Republican.

By Finn’s own admission and given that it is not an area town councils often regulate, health care financing was not his forte before joining the legislature.  Nevertheless, he learned and if he is willing to continue to do so (something many a legislator do not), he will be a great asset to his district and the region.  Reelect Michael Finn to the Sixth Hampden Seat.

This race has been under the radar for some time, although we never deemed it competitive.

Angelo Puppolo the incumbent has largely done right by his district and he is noted for his constituent responsiveness.  Like many Springfield legislators, he fought hard for relief for the tornado money.  Perhaps just as importantly, he has shown an independence from leadership depsite an otherwise close relationship with Speaker Bob DeLeo.

D. John McCarthy, the Republican challenger simply does not offer anything that would benefit either Springfield or the district writ large.  We divine too much conservatism that would only serve stymie the region and the city’s voice and success, not expand it.

F. Scott Fitzgerald said there are no second acts in American lives.  Perhaps he never visited this part of the country.  A leftover from an earlier time, the Governor’s Council is a critical cog in our commonwealth’s government, which, faced with our choices leaves us deeply unsatisfied.

Republican Mike Franco a perennial candidate beat an opponent to become the Republican nominee.  However, there is a reason why one is a perennial candidate.  They never win and there are reasons why.  Franco’s appears to be a bit too Tea Party, although as some have said, at least he up front about his beliefs.  We must credit that. 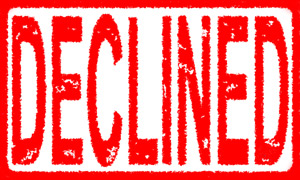 Michael Albano, the former Springfield mayor is the Democratic nominee, but he remains on our bad side for his legacy in our home city.  He fled office and ultimately town narrowly evading prosecution.  In our view he won the nomination to this office despite working less hard than one and possibly both of his opponents.  This was due, in part, to the support of constituencies whom we support.  Labor backed him, but what good did Albano do for Labor when his policies led to mass layoffs of countless unionized city employees.  The gay community did the same, enamored by Albano’s support for marriage equality in a time which would seem like the stone age on that issue.  But to throw support behind somebody with his broader record out of fear that the issue could come up again betrays a misunderstanding of the legal firewall the gay community has built.  The likelihood of its failure is tiny, and were it to happen, it would portend a broader and more terrifying reversal of fortunes for the gay community that one vote on the governor’s council could not stop.

We know Albano was never indicted and that there were some things beyond his control, but he has shown, insufficient, if any, remorse for what he did to the city.  We still feel the effects today.  However, we cannot endorse Franco’s agenda either.  We are left with no choice, but to decline any endorsement in the 8th District Governor’s Council race.