SPRINGFIELD—Defying the low expectations of many City Council watchers, Council President and at-large Councilor Jimmy Ferrera appointed the Council’s committees, but without the inequitable and punitive air that characterized last year’s appointments.  Chairs of committees were spread among councilors, including Ferrera’s rivals, real or perceived. Additionally, assignments did not appear stacked in favor of any councilors, or for that matter, against any individual councilor.

Last January, after winning the Council’s typical behind-the-scenes battle for Council President during the year before, Ferrera doled out committee assignments that he deemed “not a political process.” However, absent redefinition of those words, that is what happened in 2012.

Ward 7 Councilor Tim Allen, who had sought the presidency for calendar year 2012, too, but backed off once Ferrera got the necessary votes, was stripped of a chairmanship and reduced to one committee. Ward 2 Councilor Mike Fenton, an ally of Allen’s, was condemned to only a special committee that quite literally could be considered the doghouse. This happened despite Allen and Fenton supporting Ferrera during the December 2011 Council caucus that informally chose the 2012 president. 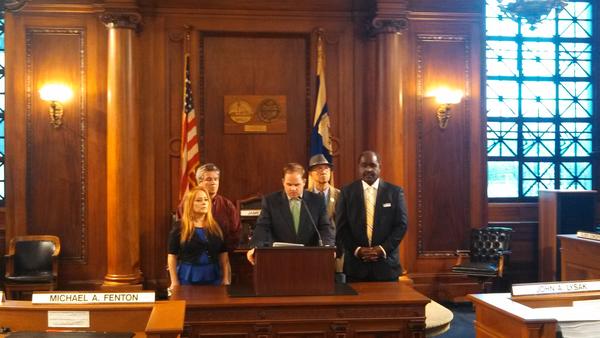 This year could not have been more different. Allen and Fenton did not just refuse to vote for Ferrera in the caucus, but they also did so during the formal investiture process January 7, denying the at-large councilor the typically unanimous vote.

For that ostensible act of protest, both Allen and Fenton actually gained chairmanships.

Allen, who attended Ferrera’s announcement, thanked Ferrera for the appointment to head of the Human Services and looked forward to working on the usually quiet committee. A former Chair of the Public Health Council and an advocate for city libraries, Allen will have no shortage of subjects to consider. Additionally, Helen Caulton-Harris will likely be putting forth proposals on the social impacts of casinos, which could come before Allen’s committee as well.

Allen gained a seat on Planning & Economic Development, which he chaired during his first term on the Council. Fenton, meanwhile, was given the chair of a special committee that focuses on employee residency, an issue for which Fenton has advocated for years. Fenton also reclaimed a seat on, if not the chair of, Finance, which he held in 2011. 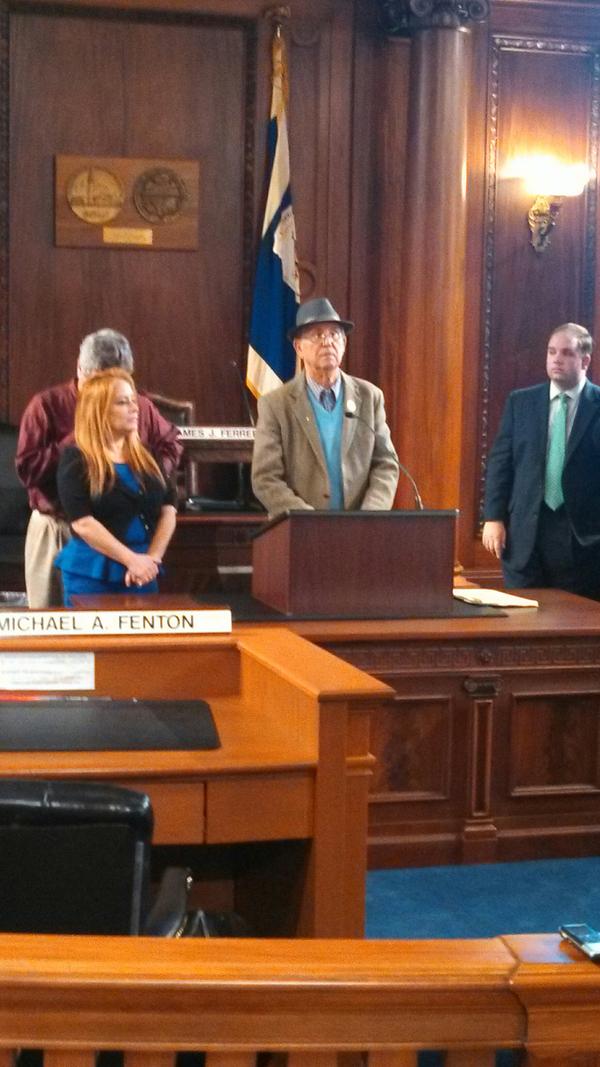 However, Ferrera will likely not escape criticism entirely. There was still some plain politics at work here, albeit of the less vengeful kind. Ferrera appointed Ward 5 Councilor Clodo Concepcion to chair the Finance Committee. Concepcion has been a fairly reliable ally of Ferrera’s politically if not always on issues.

Sources inside City Hall, while not critical of Ferrera’s picks generally, did single out the Concepcion appointment. While seemingly popular in his ward, likely due to his senior outreach, Concepcion has rubbed both his colleagues and city officials the wrong way. During some meetings he has come across as a stereotype of the elderly, yelling at councilors and city officials like they had just trampled his lawn. During one meeting, perhaps echoing verbatim complaints, Concepcion accused councilors of backroom dealing when the proposal in question had been produced during public hearings.

At the same time, Concepcion struck an uncharacteristically humble tone. In brief remarks, he admitted he was not perfect and added, “I will try my best.” Ferrera tried to make hay out of the fact that Concepcion and Ward 1 Councilor Zaida Luna, the appointed chair of General Government, were Latinos reflecting the diversity of the council, and by extension of the city. However, Ferrera’s comment fell flat since the city is about 40% Hispanic while only two members of the 13 member Council are.

In appointing Luna to head General Government, Ferrera was giving Luna a chance to be a more activist chair. The General Government Committee is typically among the Council’s committees that meets most frequently. Luna appeared eager to fill that role.

One notable loser, if there were any, was at-large Councilor Tim Rooke, who will chair no committees. Rooke is on three committees, hardly a slight, but almost every other councilor chairs something. However, all of those seats, Planning & Economic Development, General Government and Audit, are visible and potentially powerful assignments.  Ward 3 Councilor Melvin Edwards, too, did not get a chair, but he, too, got three committee seats.

During the announcement Ferrera was asked if the assignments reflected any punishment, an obvious reference to last year. Ferrera, picking another fight with the dictionary, responded by saying that the idea that such a thing ever happened was a “fallacy.” Allies were rewarded like Concepcion and Luna (who again was spread very thin across four assignments). However, one would have to dig very deep to find even whispers of a retribution in the assignments this year.

Lysak’s move out General Government to Intergovernmental could be one example, but hardly a body blow. Edwards, a friend of Lysak’s and potential supporter of the latter’s presidential bid, did not receive a chair, but that may been due to focus on his recovery from last year’s injury.  Rooke may also have suffered, but it is not clear why except perhaps because he did not bother to show up to the Council organization. However, that could have just as easily been done because he did not balance his past chairmanships as well as had been expected given the reputation he has cultivated as a fiscal hawk.

If anything, Ferrera avoided antagonizing political opponents. Last year, after he largely flushed Allen and Fenton out of the committee structure, Ferrera faced an outcry from neighborhood groups. Sources indicate that they remained sore throughout the year. While cynical, this may have mattered less if Allen and Fenton’s wards had low turnout. Yet, Allen’s Ward 7 consistently has the city’s highest turnout in virtually all elections, including municipal ones. Ward 2, which Fenton represents, also has decent turnout.

A determined opposition to Ferrera within this wards, however small, could scuttle Ferrera’s reelection in November. Additionally, Ferrera was shown to be weak when for weeks last year he failed to gather the necessary seven votes to secure the Council Presidency for another year. Indeed, his bid may have crossed the finish line not due to widespread Council support, but rather efforts to weaken Lysak ahead of November, as well as possible unpublicized betrayals.

Allen and Fenton were once chairs of the Council’s two most powerful committees and restoration to those positions may have been a brass ring for them. However, in partially restoring their relationships to those committees, Ferrera may have salved the worst of last year’s political blowback. At a minimum, he will escape a three day bombardment of bad press from blogs and the Republican like the one he received last year.

Ferrera’s choices do reflect more thought and consideration of the public and his colleagues’ feeling. Still, how the assignments pan out could ultimately determine the verdict on his presidency and what will likely be another rocky bid for reelection.