A License to Buzzkill?… 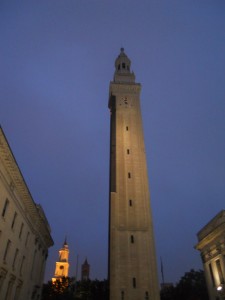 The Springfield License Commission is apparently prepared to render a decision in response to Mayor Domenic Sarno’s call for closing bars at 1 a.m.  A hearing to be held tomorrow night will include a “final decision” on the matter after months of controversy and questions about the motives, effectiveness and implications of the policy.

Last year, Sarno called for the License Commission close all bars in the city at 1 a.m., an hour before the commonwealth’s mandatory 2 a.m. closing time.  At the time Sarno argued that the measure was necessary to fight crime in the Worthington Street entertainment district area.  Left unexplained throughout was why a citywide measure was necessary if the problem was restricted to one area.

During a hearing in February, the city tried to defend the plan saying that since a 1 a.m. entertainment cessation went into effect last year, crime has fallen.  Those crime statistics were largely provided by police with little context and third party interpretation of the data question the conclusions reached by the police department about the policy‘s impact.  Even absent context, the data as presented admitted reports of troubles had merely shifted forward an hour.

During the hearing itself, police officials contended that attention to the Worthington Street area left the rest of the city unprotected by police.  WMassP&I asked Commissioner William Fitchet what deployment on nights and weekends in the city was especially relative to daytime, in order to measure how resources are diverted to police downtown.  He declined to answer saying it would jeopardize public safety.

WMassP&I has initiated a public records request with the department to ascertain police deployment.  The department did not respond within the 10 days outlined in statute.

The February hearing was packed, mostly by opponents of the 1 a.m. restriction.  Bar owners said the closing would damage their business, probably irrevocably.  Employees said they would lose income and residents, confirming owners fears, said they would likely patronize Springfield establishments far less or not at all.  Other than Sarno and police officials, the 1 a.m. closing time had almost minimal public support.

Complicating matters further, bar owners on or near Worthington Street, aware of downtown’s problems, said Sarno’s approach was disingenuous because he had refused to even negotiate the issue.

The Commission’s options are probably limited to three choices.  It could grant the mayor’s petition and order closing times to be 1 a.m.  Under this scenario, it is unlikely that this would take effect until next year when licenses are reissued.  The Commission could also vote to reject Sarno’s request wholesale and no change would occur.

A third scenario, which bar owners seemed willing to consider, is a 1 a.m. no-entry policy, something other communities have and some establishments already maintain.  If implemented, it would prohibit liquor-pouring establishments from allowing patrons in—or back in—after 1 a.m., but liquor could still be served until 2 a.m.

During the February hearing, Commission staff advised the commissioners that if that 1 a.m. reentry policy were implemented, it would not be exactly what it seems.  Essentially, what the Commission would do is set the closing time to 1 a.m. as of right.  However, any establishment would be able to apply for a 2 a.m. closing provided it agreed to observe and implement a 1 a.m. no-entry policy.

Springfield differs slightly from other communities which operate pursuant to general state liquor laws.  The Springfield License Commission was modified under a 2002 special act approved by the legislature and acting Governor Jane Swift, which originated as home rule petition from the city.

The primary difference between the laws is that Springfield’s commission is unpaid and has five instead of three as most communities have.  The fifth member is chosen by a neighborhood caucus rather than by the mayor.  In both the general laws and Springfield’s special law, commissioners can be removed for cause. However, it is unclear if Springfield commissioners are entitled to judicial review as they are so allowed under the general laws.  Springfield commissioners’ terms also coincide with the mayor’s, which, at a minimum, means they end in January as opposed to in June as under liquor laws generally.

One possible wrinkle, to the degree to which it is even relevant, is Sunday’s revelatory story about Sarno’s reliance on political godfather Charlie Kingston for nearly all major decisions.  Technically, the time for new factors to enter the Commission’s deliberations has passed.  Still, given the story’s high profile and inescapable implications on policies, possible ones like 1 a.m. closing, it is hard to imagine it has not entered commissioners’ minds.

The meeting will be held in the City Council chambers at 5:30 PM.