Analysis: Every Man a Kingston… 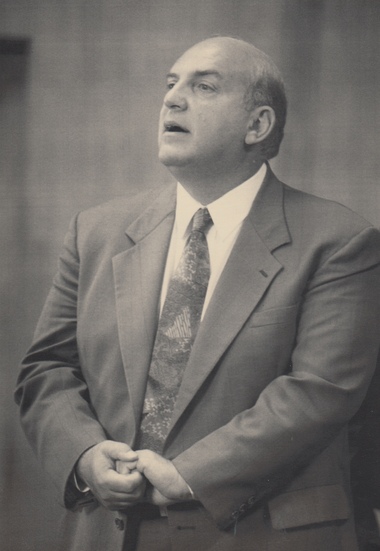 In a bruising and revealing profile of power in Springfield City Hall, The Republican’s Stephanie Barry laid bare the relationship between Mayor Domenic Sarno and political kingpin Charlie Kingston.  Indeed, as Barry wrote, “talk of Kingston’s sway has festered among City Hall insiders for years.”

The story came about from records obtained by The Republican via Public Records requests, mostly emails and voice mail messages to and from former Sarno Communications Director Thomas Walsh.  City political watchers had noted that Barry and one of the television stations had been sniffing around Walsh’s email for purposes then unknown, although something big was apparently expected by some.  With Barry’s mention of the FBI’s renewed interest in City Hall, the chatter will only rise in the city’s political spheres.

Those emails and messages between Walsh and Kingston paint an unflattering picture where Kingston directs the mayor on nearly his every move, literally.  One such example was whether or not to appear with former senator Scott Brown during a tornado tour one day before the Democratic Convention in Springfield.  The list goes on to include everything except maybe direction to the men’s room, like pre-approval of the mayor’s Inaugural address to appointments to boards and commissions.

Sarno defends his relationship with Kingston, as he has for years, as merely a friendship with his family going back years.  Kingston’s involvement with Sarno has not exactly been a secret and had been in published media reports going back to Sarno’s election as mayor in 2007.  However, that explanation wears thin in light of Kingston’s own legacy.

The description of Kingston as a political consultant through the ages is the theme of the story and in and of itself, is not necessarily suspect.  He served as Chief of Staff to Mayor Theodore DiMauro and advised countless other from Richard Neal to Mary Hurley.  Most former mayors refused comment, but others described a far more limited relationship with Kingston than that which he has apparently had with Sarno.  Kingston’s thread through innumerable mayoralties becomes disconcerting because it also includes figures like former mayor Michael Albano.  Albano was frequently quoted in Barry’s story and seemingly gave a line similar to Sarno, albeit more artfully.

Kingston’s role in campaigns was also widely discussed in Barry’s article and had been noted by other writers such as the Valley Advocate’s Maureen Turner.  Barry alluded to Kingston’s rise from the ashes after Albano won reelection in 2001 (the article says, likely via a typo, that it was 2003).  In a 2009 story about that year’s mayor race, Turner went further and brought up Kingston’s role in Albano’s successful reelection campaign against then-State Rep. Paul Caron calling it “a particularly ugly campaign season.”

Walsh says in the article he was directed by the mayor to use his private email account to correspond with Kingston.  The ostensible reason was to defeat the commonwealth’s public records law, but the law is broadly written and would apply to Walsh’s emails in his capacity as a public employee regardless of which email account he used.

If Sarno’s directive is as Walsh described, it mirrors a similar tact taken by Sarah Palin as governor.  The one-time Vice-Presidential nominee had staff use private email addresses to escape Alaska’s public records law.  While the private emails could not be collected by the state under Alaska law, it heavily complicated the request on state accounts and culminating in a massive sifting of Palin’s and her staff’s emails.

Sarno did damage to himself in the article independent of the records themselves.  While Walsh’s departure remains the subject of considerable political intrigue, Sarno’s version of events was easily demolished by reality.  The mayor claimed Walsh left in the middle of a crisis, the downtown gas explosion.  Yet, as Barry notes that event was two weeks before Walsh’s sudden resignation, well after the worst effects of the explosion.  Comments made by Sarno about Kingston, such as “Charlie has always indicated to me: Make good policy decisions for the citizens of Springfield,” seem particularly damning.

Walsh’s own description of himself as naïve is a bit of spin, too, which belies the savvier political and media persona that tended to benefit the mayor, too.  Indeed, Barry also noted that Walsh had sought employment in the city’s law department in the past, which had the potential for better pay than as Sarno’s media man.  Still, the substance of the emails outweigh any allegation that Walsh was merely a disgruntled employee.  More to the point, few people, if any, have uttered a nasty word publicly about Walsh, at least in his capacity as Communications Director, until Sarno’s comment today in the paper.  Walsh was also the subject of a write-in campaign for Ward 6 in 2009 and his name has come up for 2013 as well.

Sarno might as well have confirmed the emails’ veracity by attacking Walsh ad hominem rather than alleging directly that the emails are fake.  It is unlikely that he made that comment and the paper not print it because doing so could expose the paper to a libel action.

The description of Kingston as an almost intangible presence is also familiar.  Several political watchers have told WMassP&I over the years of how Kingston appears almost nowhere on paper.  Indeed, according to the article, he tended to use his wife’s  email account to correspond with Walsh.

The casino issue also came up in the context of the story, although it is not entirely clear what, if impact Kingston has had.  The emails show little information about casinos, but City Hall watchers have told WMassP&I they believe if Kingston has picked a side, it is Penn National‘s.  In September, both casino developers denied that Kingston was involved according to a report in the Reminder.  Even if that is not true, given the degree to which Sarno has apparently relied on Kingston’s advice, it could become impossible to pick one casino proposal over the other.

In the public relations game, Penn National’s North End casino proposal has generally been seen as lagging behind MGM’s South End’s plan.  Nothing in the Massachusetts casino law prohibits the city from putting two plans before voters, and either one probably has sufficient support to gain voter approval.  However, it is widely thought among political watchers that if both proposals appear on the ballot together, higher public support for one proposal would kneecap the lower-polling proposal before the Gaming Commission.

If anything, however, the story could hurt Penn National if Sarno takes it out on the Republican itself, which stands to gain financially under Penn’s plans.  This comes less than two weeks after Peter Pan Chairman Peter Picknelly offered less than subtle threats about not moving his company to Union Station if Penn National, with which he is involved, does not win a casino license.  Those remarks were received coolly by city officials.

Of course, the unexploded landmine in Barry’s story is not really about casinos or Sarno’s reliance on consultants.  Rather it is the possible reemergence of the FBI.  It is standard policy for the Bureau and the US Attorney’s office to not comment on investigations, and the former did not in the article.  Therefore, it is difficult to know whether or not Kingston’s prominence is indicative of anything.  Kingston escaped the Albano era unscathed, after all.

Springfield Finance Control Board in 2008 (via Urban Compass)

There is another concern, however.  The Control Board left in 2009, essentially because its mandate was over.  The city‘s current financial conundrum is, perhaps more legitimately than in past crises, the result of the economic downtown and foreclosure crisis.  However, the state missed an opportunity to clean house in Springfield more broadly back then.

It has been an unofficial policy of the commonwealth to not pick sides among the city’s warring factions, perhaps at the expense of municipal public integrity.  Some of that is avoiding over-involvement in purely local matters.  However, it also results in problems festering at 36 Court Street until the stench becomes so rank, Beacon Hill is all but forced to act.  Were the state to watch Springfield more vigilantly, the costs in terms of money, integrity and the democratic process to correct problems would be much, much lower.