Briefings: Transitions at the Hub of the Universe… 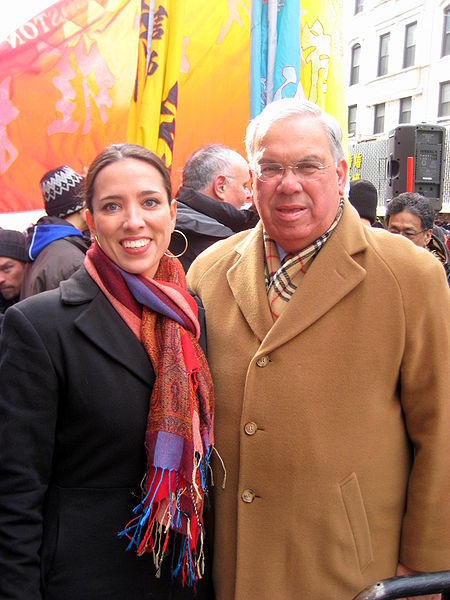 Several Boston media sources report that Thomas Menino, mayor of the capital city for nearly twenty years, will not run for another four year term this November.  The story was originally broken by former Boston Phoenix David Bernstein and by the Dorchester Reporter’s political reporter Gintautus Dumcius.

Menino took over in July 1993 when Mayor Ray Flynn resigned to become President Bill Clinton’s ambassador to the Vatican. Menino, as City Council President succeeded to mayor.  Some media accounts said that Menino was expected to be only a placeholder mayor.  Given his proclivity for mangled speech, few thought he could survive a campaign. Instead, after a close preliminary, Menino dominated the general by a nearly 30 point margin.

Menino has presided over a boom in Boston in terms of construction, the economy and population, reversing its decades long decline.  Although hit hard by the recession like all cities, Beantown’s education, health care and high-tech economy was able to weather it better a boon to city residents and the commonwealth.

Menino was also known for his attention to neighborhoods, or as one media report described it, he approached the mayor‘s office like he would his district Council seat.  While slammed for being too focused on neighborhood details, it enabled Menino to grow his political organization into possibly the state’s most critical.  Its push in the 2012 US Senate race proved critical for Elizabeth Warren on her road to her 8 point victory over Scott Brown.

For all of his successes, Menino was not without criticism.  Opponents said Menino was autocratic, specifically using his control over the Boston Redevelopment Authority to extract concessions out of developers and/or exchange it for other political favors.  His organization’s might made it difficult for councilors, elected every two instead of four like the mayor, to oppose his agenda without grave political risk.

At-large City Councilor John Connolly had already announced his mayoral campaign.  A critic of the schools under Menino, Connolly had planned to run his campaign on the issue.  He may have a freer hand in his campaign, but will likely face a crowded field.  Other names include Suffolk County District Attorney and Menino’s successor on the Council Dan Conley, Representative Marty Walsh, and Connolly’s Colleagues District 5 Councilor Rob Consalvo (another Menino Council successor), and District 7 Councilor Tito Jackson.

As Globe reporter Matt Viser tweeted, a full-blown mayoral fight only adds to the menu of elections Bay Staters will hold this year.  Regardless of which Democrat wins the special Senate primary, and assuming he wins, that Congressional seat will be up for election.  Either will be a battle royale.  This is on top of several Boston area Beacon Hill special election.  This is on top of all regularly scheduled municipal elections.

In Massachusetts, 2013 will not feel like much of an off-year politically.