Longmeadow Daze: Analysis, Something for Grant-ed…

Hours after the winners were declared in Longmeadow’s annual town election, the old officials were deposed and their replacements sworn in.  All but the Select Board were largely non-events with no competition for the School Committee seats and Planning Board.

The Select Board race is notable because not only did a new member, Alex Grant, join, he did so by booting Mark Barowsky from his seat.  This resulted from number of things.  It showed that the budget battle in Longmeadow claimed more than merely the pride of Select Board Chair Paul Santaniello and company.  It was also another feather in the cap of School Committee Chair Michael Clark.

The results were not even close.  Mark Gold topped the ticket with 1000 votes.  Grant scooped up the second seat with 829 votes.  Barowsky was far back with 655 votes.  There were a large number of blanks, which could indicate bullet voting, a voting tactic in races like these where voters only vote for the candidate and no one else in order to game the percentages in their candidate’s favor.  Turnout was 12%.

It was no secret that Clark was backing Alex Grant.  He supported Grant on Facebook and social media.  To spread word about his campaign, Grant attended the Town Democratic Committee meetings, where Clark also serves as one the group’s officers.  Clark, a veteran of both Rep. Brian Ashe’s and Senator Elizabeth Warren’s campaigns last year, may have also provided additional support for Grant, particularly in voter outreach and targeting those likeliest to vote in Longmeadow.  Turnout among the town’s 12,000 voters was an anemic twelve percent.

Clark did not totally restrict his backing to Grant, however.  He did give a boost to Gold, the incumbent Select Board member who was reelected and also supported a compromise with the school committee last month.  But that support was light in comparison to Clark’s backing of Grant. 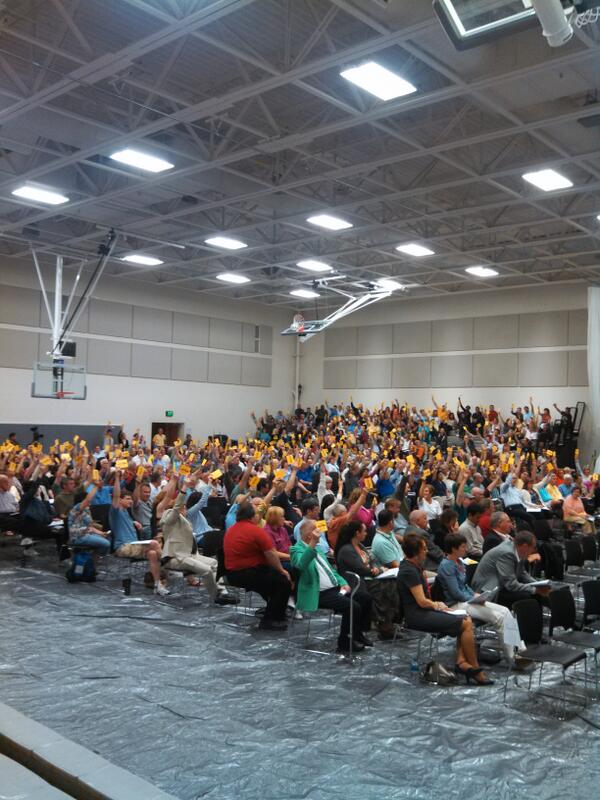 Of course it was not just Clark.  Longmeadow sources say that much of  seven-member School Committee mirrored Clark and backed Grant because of the potential value in having an ally on the five-member Select Board.  The Board, increasingly known for its lack of comity and fractured decision-making, with its power to control the Committee’s overall spending, can rock the School Department’s policies.  Other than going to voters at Town Meeting as they did this year, the Committee has little other recourse.

However, the overwhelming support the Committee received at Town Meeting showed that education is no laughing matter to town voters.  Cutting the budget without a damn good reason (the Select Board’s explanation, whether right or wrong, was never sold well), probably proved too toxic for Barowsky to win.  Moreover, other observers say he never really ran a campaign other than the usual ads in the paper and interviews with The Reminder and The Republican.  WMassP&I could find no website. Gold and Grant both had sites.

Of course, Barowsky was always going to be the likeliest to drop.  He was only filling out the remainder of Christine Swanson’s term.  She resigned in 2011 precipitating a special election in 2012 which Barowsky won.  His pitch appeared to focus on lowering taxes, something this leftward-shuffling town shrugged at (or at least 12% of it did).

But now that Grant is there, will he be the ally that the School Committee hopes?  That remains to be seen.  Observers cool to Grant say that he has used his position as a columnist for the Longmeadow News to snipe at town officials, including Clark, without a full and fair explanation of the issue at hand.  Nevertheless, Grant would be unwise to defy his political patrons and cause undue trouble for the School Committee at this point.

For the moment at least, it looks like the School Committee has a majority at least willing to negotiate in good faith with them.  Whether political opportunism or genuine desire for an agreement, Gold appears to be one vote.  Grant is the next and then there is Marie Angelides, who will be up for reelection next year.  Moreover, her own patron, Mary Rogeness, has roots in the School Committee, which is as good anything when it comes to predicting political outcomes in Longmeadow.