Our One Hundredth: Debating Occidental Massachusetts… 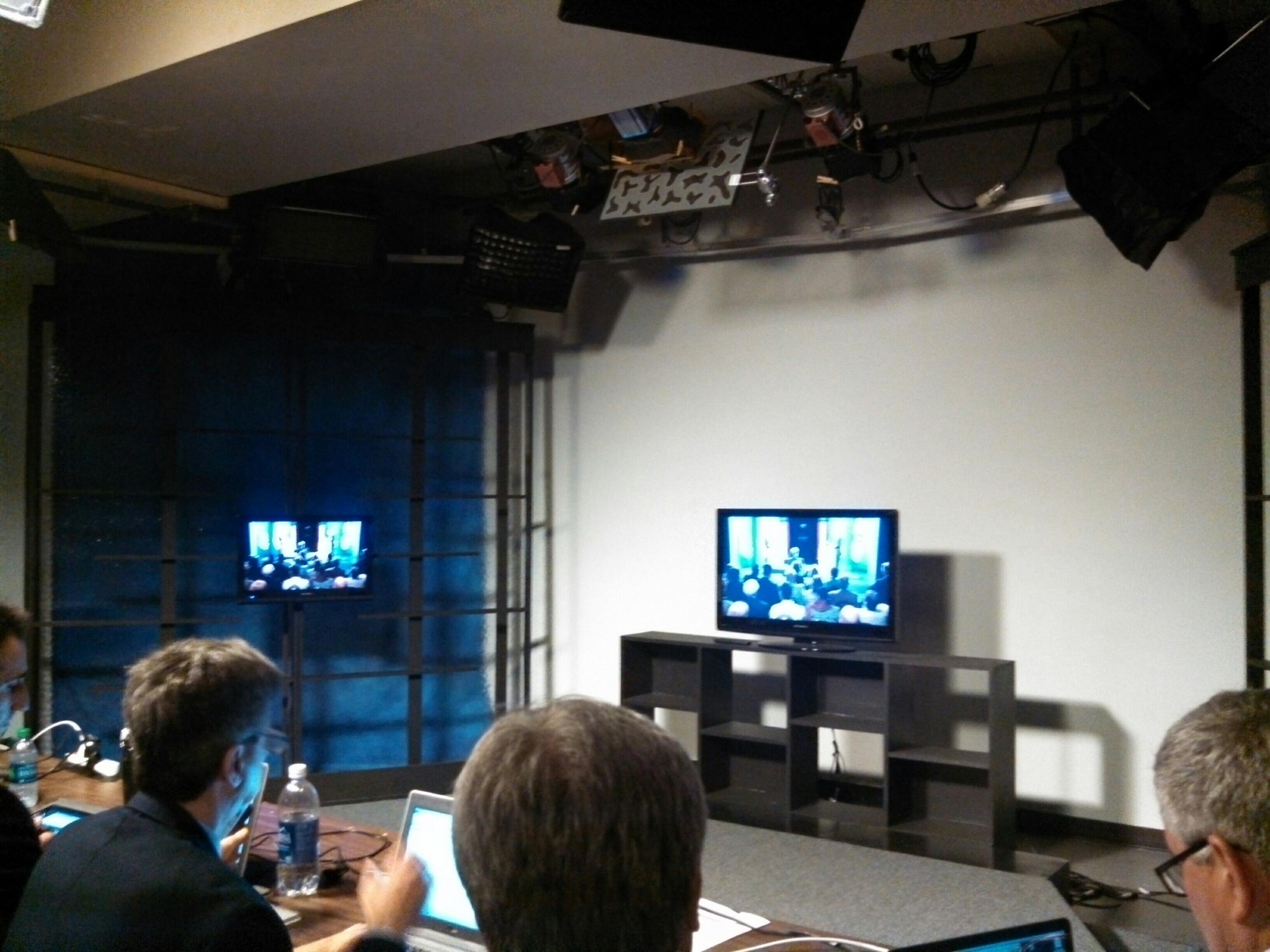 The view from the Press Room during the debate (WMassP&I)

SPRINGFIELD—It is a rare event in a Massachusetts Senate race between a largely liberal Democrat and a self-styled “New” Republican that Tea Party Kentucky Senator Rand Paul drew praise from both sides.  However, that and a few other moments aside, Democratic Congressman Ed Markey and Republican Gabriel Gomez spent the rest of Western Massachusetts sole Senate debate locking horns over policy and style.

Madigan touched a broad array of issues from medical marijuana to the Citizens United decision to economic development in Western Massachusetts.  Markey brought the references to Springfield and Western Massachusetts while Gomez tried to hammer, awkwardly often after his strongest points, about Markey’s lengthy career in Washington. 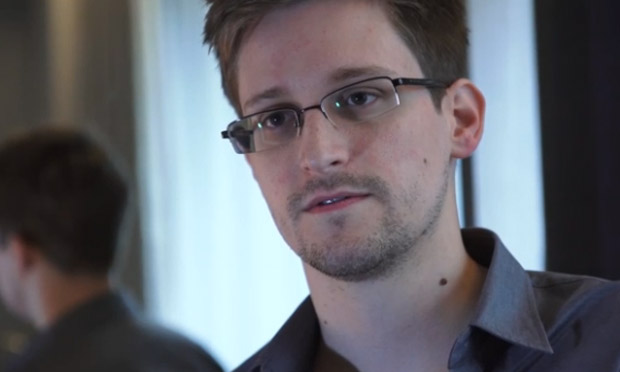 Edward Snowden (via The Guardian)

Edward Snowden’s revelation as the NSA leaker topped the debate with both candidates appearing to agree that he broke the law.  Gomez did not spend much time on the question and instead segued to a complaint about Markey’s ads.  Markey, ignoring Gomez’s charge to the most part said that it was important we have a discussion about how these anti-terror dragnets are harming out privacy.

The point that offered Markey a chance to show off his knowledge of the area’s needs came when Madigan asked about economic development.  Markey name-dropped numerous important economic drivers like the community colleges and Union Station and the less likely East-West rail links between Springfield and Boston.  In contrast to Scott Brown’s use of landmarks last year, these were relevant to the question, if slightly canned.

Gomez by contrast on this point took the time to reiterate his opposition to the medical device tax (something both candidates wish today).  He said that it would be important for job creation in Western Massachusetts, although the line seemed more prepared for ears in Eastern Mass, which thus far, is home to far more medical device companies than the west.  In the press gaggle later, Gomez, like Markey, said he would “he would be open to both” tax increases or spending cuts to offset ending the medical device tax.

But Gomez may have lost a chance to connect with Lynch voters, largely blue collar folks, by saying “We need more trade agreements so we can actually have manufacturing come back to Western Mass…” Trade agreements have been seen as the source of decline of manufacturing in this area rather than a boost.

Rand Paul came up in the context of a question about the brokenness of the Senate, although even that question took a (more) bizarre turn.  Markey pointed to Paul’s filibuster some months ago on the nation’s drone program that garnered a lot of attention.  Markey said that is how filibusters should be, rather than simply informing an aide who passes it along to leadership out of sight of C-SPAN’s ever-watching eye.

Gomez agreed with Markey, but then, oddly asserted he could filibuster longer than Paul because of his Navy SEAL training, a line repeated in nearly every context.

Gomez’s negative attacks often distracted from even some strong points.  Although he was painfully unprepared for questions on the Paycheck Fairness Act, he winged it well-enough to not appear misogynistic.  Even on Manchin-Toomey, the expanded background check that failed in the Senate in April, Gomez’s answer was okay, even if he did not explain how he would succeed in convincing his colleagues to vote for it.  But these points were drowned out by his almost flailing attacks on Markey, which too often seemed like a knock on him being over sixty.

For what its worth, Markey also gushed a bit on the Paycheck Fairness question, but his definitive, “It should be a right” that women received equal pay for equal work, gave him the win on that. 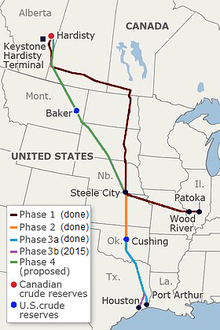 Map of Keystone Pipeline (via wikipedia)

The environment, which is Markey’s wheelhouse, also became an issue with Markey opposite Gomez on the Keystone XL pipeline that would bring tar sands oil to Gulf Coast oil ports for market.  Markey noted that Massachusetts would get no jobs, but same environmental impact as everybody else if that pipeline opened.  Gomez again brought out his “Green Republican” line, but other than scrutiny for green investments, he did not elaborate what his description meant.

During a follow up with the press, when asked Gomez failed to name any policies his Green Republicanism would bring him to support.  He repeated comments made during the debate about making green investments.

Among the more notable exchange came on Citizens United where Gomez took a friendlier approach to the decision by saying it was about free speech.  Then he turned and attacked Markey over special interest money, naming in particular California environmental activist Tom Steyer who has dropped money into the race.  That point became particularly ironic as a massive outside infusion of cash came into Massachusetts to benefit Gomez.

Again this was Markey’s territory as he turned the tables and said that was exactly the point.  His contributions were public while Citizens United allowed other political spending to remain secret.

The candidates agreed that medical marijuana should be legal, but declined to answer as to whether or not the US government should stop Colorado and Washington’s voter-approved legalization.  Oddly, Gomez answered this question in Spanish, too. 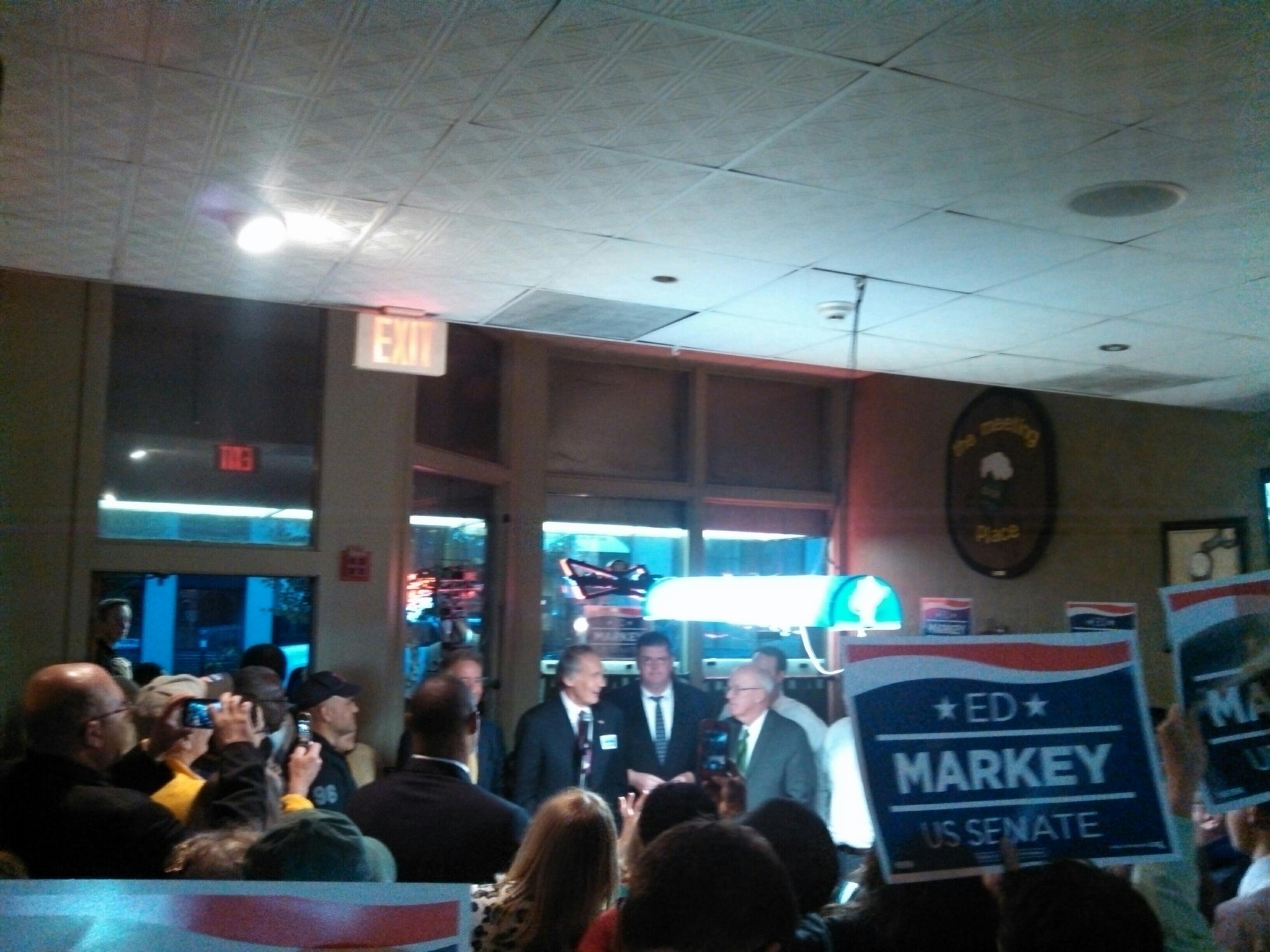 On the whole the debate was substantive and the candidates’ engaged each other to quite an extent.  However, it could be dry to those not already engaged in the issues.  Markey clearly had a greater command of the issues, while Gomez struggled through most retreating (ad nauseum) to the safety of talking points on the debt and the length of Markey’s time in Congress on many issues.

But if Gomez did commit one irredeemable sin Tuesday night, it was his challenging of Jim Madigan’s question on the filibuster.  Not just because you should not attack the moderator, but for the most part, Madigan’s handling of recent debates has been widely praised.  Not sure that is the way to get the media to buy your side of the story.

It might have less noticeable had Gomez, unlike Markey, also not failed to thank Madigan and the Western Mass Consortium for organizing the debate.  Aside from a reference to “WSU,” apparently Westover (or Westfield State University), Gomez did little to connect to Western Mass.  These oversights (or challenges) to his hosts did not help.