A “Yes We Cannoli!” Challenge to Edwards?…

In stark contrast to 2011, the City Council election cycle for 2013 is shaping up to be competitive with numerous ward councilors facing challenges in addition to at least some competition among at-large seats and the School Committee.

The Ward 3 seat, currently held by Melvin Edwards, became competitive with the announcement that Salvatore Circosta would kickoff his campaign in a couple weeks.  Circosta, proprietor of Sal’s Bakery and Café at the “X” in Forest Park, had been planning a run for some time.  Sources had been buzzing about the potential matchup and campaign flyers.  The first public proof came when Circosta’s name appeared among those recorded as taking out nomination papers earlier in June.

In a release today, Circosta formally announced his kickoff for July 10.  WMassP&I had reported Circosta’s kickoff June 20 on Twitter based on an Facebook event that now has been circulating for several weeks.  Circosta has yet to organize with the Office of Campaign & Political Finance, however. 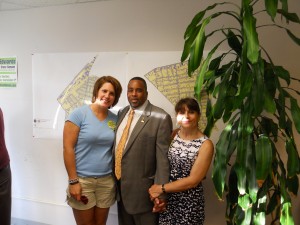 Councilor Edwards with his wife (right) and daughter in 2012. (WMassP&I)

Edwards had kicked off his campaign for reelection in May.  A press release dated in June that described the kickoff noted Edwards thoughtful approach to issues, an implicit contrast to the oft-impulsive tendencies of his colleagues.  “I have never voted one way or the other simply to make a point, I do not pontificate simply to hear myself speak,” the release quotes Edwards.  Edwards also noted his vote to rescind the biomass permit.

The Ward 3 race joins the other officially competitive races in Wards 1, 5, and 8.  Potential challengers, some having taken out papers and some not, may yet materialize in Ward 4 & 6.

Before Circosta’s announcement, prognosticators had viewed the race between him and Edwards differently depending on how they looked at the ward’s composition.  Edwards won in 2009 against a white candidate by a 2-1 margin.  At the same time, the poor turnout in the ward relative to other areas of the city means that Circosta might only need to sway a few votes, despite its decided minority majority of the ward.

Sal’s Bakery in the “X” in Forest Park (via Facebook)

Ward 3 includes portions of Forest Park (including the north side of the “X” where Sal’s Bakery is located) and Downtown as well as all or part of the South End, Six Corners and Maple Heights.  With the exception of pockets of the Forest Park sections and the remaining South End Italians that have not drained into Agawam and elsewhere, the ward is mostly non-white and, across racial lines, poor.

Edwards, a retired state employee, has other advantages.  He has built relationships in office and serves on a number of boards including, according to his release, as President for Maple Heights/Six Corners Civic Association and Keep Springfield Beautiful.  He also serves on the board of the Puerto Rican Cultural Center and myriad other groups that focus on, among other things, housing and diversity, issues commonly faced in Ward 3. 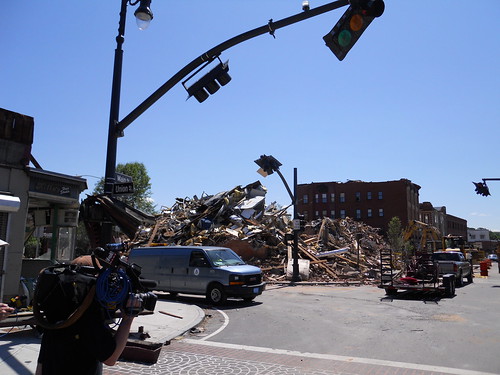 Ward 3 includes the South End (pictured at Union & Main) and Maple Heights/Six Corners which, along with parts of East Forest Park, took the 2011 tornado in throat. (WMassP&I)

On the one hand, the minority bent of the ward may be more favorable to the outwardly black, but in fact multiracial, Edwards.  Many of these voters, particularly outside Forest Park where Circosta lives, may not be inclined to part ways with the two-term Edwards.

Another view, however, is that Circosta may try to out-organize Edwards.  This is unlikely to change the socioeconomic dimensions that favor Edwards, but the low turnout provides Circosta with a much smaller universe to deal with than a candidate would in Ward 7 where turnout is high.  That means he needs to persuade far fewer voters in order to win.

Edwards probably ranks somewhere in the middle in terms of fame among Councilors, having gained additional profile during his unsuccessful bid for State Senate last year. Before that he gained visibility as one of two ward councilors representing hard hit neighborhoods in the 2011 tornado.  Yet, Circosta is not wanting for publicity either.

Sal’s Bakery has held forums on a variety of topics including on Papal succession, pictured. (via salsbakery.wordpress.com)

“Sal’s Bakery” has become a beehive of activity for social, community and civic events.  Along with Typical Sicilian, the bagel shop on Sumner and a few other stores and set against the Goodwill and Family Dollar, the bakery highlights the socioeconomic diversity of Forest Park. The neighborhood, in turn, is a microcosm of the city racially, socially and economically.

Both sides will have the benefit of committed and experienced political organizers and backers that cut across partisan lines (Circosta is a Republican and Edwards a Democrat, but the race is non-partisan).  The partisan dimension is also hard to predict.

Usually partisanship has not been an issue, but it has entered into the calculation of some city Democrats who prefer to minimize Republicans’ rise even in nonpartisan city races. That way Republicans are less able to set up a challenge to a Democrat in a partisan office.  Complicating that further are rumors that Alex Sherman, a former City Republican Committee Chair, is running Circosta’s campaign.

Circosta has also appeared on WWLP’s Mass Appeal (via Facebook)

Still, many self-identified Democrats seem ready to back Circosta, often because they view his Republican ideology relates mostly to issues that are unlikely to have any consequence at 36 Court Street.  Likewise, the Council’s only Republican in recent memory, Ward 8 Councilor John Lysak, himself facing a challenge from Orlando Ramos once again, is likely to stand behind Edwards.  The two are close such that Lysak changed his party registration to unaffiliated to vote for Edwards in last year’s Democratic primary.  At last check, he had yet to change it back to Republican.

The issues may be much harder to identify beyond the boilerplate goals of public safety, economic development and so on.  However, sources have said that Circosta is lining up support from Joseph Gentile, the head of the city’s Patrolmen’s Union. 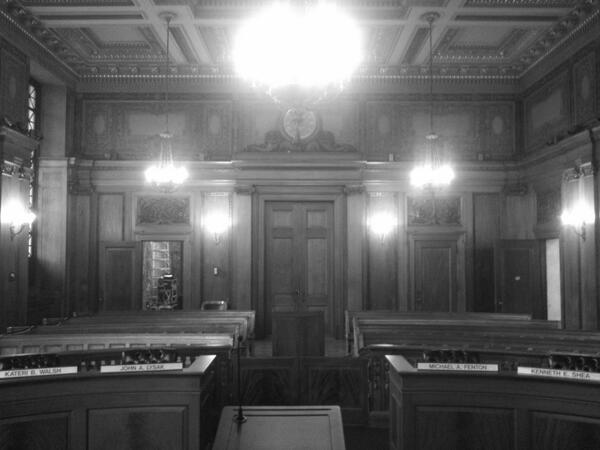 The degree to which that will have any impact in the ward is difficult to assess.  Edwards, as would expected of councilor in a ward like his, has been skeptical of politicians’ knee-jerk reaction to throw money at public safety, namely to the Police Department.

Demographics and issues aside, the race will probably be among the most fraught among the wards this cycle.  The at-large and School Committee races have yet to fully take shape complicating what the turnout will be in Springfield first non-mayor elections.

Unless a third candidate in Ward 3 emerges, no preliminary will be necessary and Circosta and Edwards will advance to the general November 5th.