SPRINGFIELD—To the surprise of many and for legally shaky reasons, Mayor Domenic Sarno vetoed the City Council’s attempt to reform the city’s residency ordinance.  The veto was Sarno’s first according to the City Clerk’s office and media reports quote councilors who said the same.

The amendments to the existing residency ordinance would largely reconfigure the waiver system established by the Finance Control Board.  Under the current law, the mayor may issue a waiver whenever he deems it necessary for the good of the city.

The amendment to the ordinance, developed in Ward 2 Councilor Mike Fenton’s Special Committee on Residency, severely restricts waivers.  Department heads would no longer be eligible for waivers and all other jobs must be reposted if no Springfield resident applies.  At that point, non-residents could take the job.

In a statement that accompanied his veto, Sarno said he had promised not to grant waivers except in extenuating circumstances.  Moreover, he said that legal opinion, originally requested by at-large Councilor Jimmy Ferrera, led him to conclude that a veto was the only appropriate course of action.  Oddly, Sarno’s statement spent a great deal of time contemplating aspects of the residency ordinance, included in Pikula’s opinion, that were not in the ordinance passed at the July 15 meeting at all.

Last week during the Council session that passed the changes to the ordinance, Ferrera had attempted to amend the proposed ordinance by striking a section that allowed existing waivers to continue.  Ferrera’s idea faced sharp resistance and he tried to soften it by saying he was requesting a legal opinion.  Nevertheless the amendment was defeated 7-5.

City Solicitor Ed Pikula did respond to Ferrera in a legal memo dated July 19.  However, Pikula’s legal analysis strayed outside the boundaries of what appeared to be Ferrera’s request.  In effect, Pikula’s opinion, resting on marginally relevant precedent argued that the entirety of the residency ordinance was unconstitutional, whether amended or not.  Fenton, for his part, disputed Sarno and Pikula’s interpretation

Several emails sent to Sarno and his staff were also unreturned. 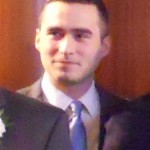 Pikula did not explicitly say the existing ordinance was invalid, but it would be hard to come to any other conclusion.  His reasoning rested heavily on two prospects: that City Council cannot regulate how the mayor hires staff and that residency ordinance violates the Privileges and Immunities Clause of the Fourteenth Amendment to the Constitution.

The first prospect looked to a 1981 dispute between the Boston City Council against the mayor at the time, Kevin White.  The Council had passed over the mayor’s veto an ordinance regulating the pay and civil service status of staff in the mayor’s office.  When he declined to enforce it, councilors filed suit.

One of the cases cited involved a dispute Boston Mayor Kevin White had with the City Council (via wbur.org)

The Supreme Judicial Court found for the mayor saying “Incident to the mayor’s power to hire and fire his personal staff is the power to set their compensation.”  The Council’s only recourse is by cutting requested appropriations.  Boston is not a true Plan A City, but its government is largely the same as Springfield’s and Pikula’s comparison of the cities is sound.

However, the use of this case is strange.  Although the SJC struck Boston’s ordinance, it only did so in a specific context, namely, appointments like “stenographers, clerks, telephone operators and messengers connected with his (the mayor’s) office.”

At the end of the decision, one of the Council’s last arguments rejected by the Court was a claim that the Council has the power to create, abolish and reorganize departments.  However, the Court did not reject the argument out of hand.  Rather they merely said the mayor’s office was not a “department of agency” subject to Council control.

Applied to Springfield, Pikula’s may be right if the Council tried to enforce the residency ordinance against Sarno’s Chief of Staff Denise Jordan or his Communications Director James Leydon.  They are not within a “department.”  In Pikula’s opinion though, any ordinance regulating department staff is an invalid attack on the mayor’s power.  Pikula, in an email, disagreed that there was any distinction and that the crux of the case was that it was impossible to remove a power of the mayor over hiring.

Were Pikula right, then the entire effort to change the qualifications was theater.  Sarno could have just given the job to Conant.  More likely, it was a necessary exercise since Conant’s department, unlike the mayor’s office, is a constructed by ordinance.  Had Sarno simply made Conant commissioner, Conant’s rival for the job, Jerrold Prendergast, who met the Control Board-era qualifications, likely would have sued and won.

Pikula declined to comment on the parallel with the Fire Commissioner’s qualifications.

As a member of the Control Board, Sarno opposed residency waivers (via Urban Compass)

The claim of mayoral power is a curious one for Sarno, too.  In 2009, Sarno as the mayoral member of the Control Board, voted against the implementation of waivers to the residency ordinance.  Sarno’s office has not responded to requests for explanation of the change of heart.

Pikula’s Privileges and Immunities Argument is the one that taken as a whole would render invalid the residency ordinance entirely, despite the successful and undisturbed operation of such ordinances across the commonwealth.

In that argument, Pikula argued that since the ordinance restricts the ability of non-residents, namely non-citizens of Massachusetts to find work in the city, it violated the Privileges and Immunities clause of the Fourteenth Amendment to the Constitution.  The clause has long been the poor cousin within the Amendment.  However, it has had teeth when a clear right of all Americans is being limited by state action.

Camden, N.J. City Hall, which passed an ordinance the US Supreme Court struck (via wikipedia)

The case Pikula cited came out of New Jersey where a Camden ordinance called for contractors on city projects employ city residents for at least 40% of their workforce on such projects.  Opponents of the Camden ordinance relied on the Privileges and Immunities clause and won.  Finding work is one such right protected by the clause and Camden failed to sufficiently justify the need for its residency requirement.

However, Pikula’s reliance on that case may be misplaced.  On the one hand, Pikula acknowledge the Court’s biggest concern with Camden’s decision, the lack of a record, by calling on the city to collect more data.  However, the lack of record was partly because there was never a trial before the lower courts in New Jersey.

Moreover, the Court appears to distinguish specifically between a residency requirement for contractors’ employees and actual government employees.  In the same Camden decision, the US Supreme Court reaffirmed its belief that there is no fundamental right to government employment, which is “qualitatively different from private employment.”

Pikula attempts to sharpen his focus using recent decisions from cities Eastern and Southern Massachusetts where residency rules have been struck.  However, these, too involve residency requirements on contractors and not on municipal employees.

Pikula does cite one case from the 10th Circuit out of Wyoming where a residency requirement on government workers was struck.  That case, Nelson v. Gelliger, invalided at requirement that Assistant Adjutant Generals of the National Guard be residents of Wyoming.  One such AAG was fired for not being a non-resident, sued for reinstatement and won.  While the 10th Circuit did find for the employees under the Privileges and Immunities Clause, they did so only because the Guard was federal, not state employment.

A Wyoming residency rule failed because the National Guard is a federal enterprise, not because residency is on its face invalid. (via wikipedia)

Rather, it found Guard employment was covered by the Privileges and Immunities Clause as it is fundamentally a federal job.  Federal employment is a right of Americans states cannot restrict.  Employment in state, and by extension municipal, government is not such a right.  Indeed, the court implies pretty clearly that if the State had shown the Guard was a State agency, engaged in “matters of state policy” then the residency rule could stand.  In other words, the court did not invalidate Wyoming residency rules for all state employees, only those improperly applied against Guard members.

Applied in Springfield, none of the positions in question can even be remotely considered a federal enterprise or employment.  The city jobs, especially, those with policy implications like department heads, meet the sovereignty questions Wyoming could not.

Pikula’s references to the changes Ferrera requested were sound, but of course, moot.

With the veto, the Council has the opportunity to override after seven days.  The Council has a meeting planned for later in August, although it could act sooner if it so chose.  Pikula in his email also declined to speculate about his legal advice beyond a Council override, if any.  The ordinance passed last week 9-3 with Ward 1 Councilor Zaida Luna absent.  Luna’s position is unknown, although she has supported stronger residency requirements.  Of course so was at-large Councilor Bud Williams and he voted no, although he may be among the likeliest nays from last week to override the veto.