During tonight’s City Council meeting, the local NAACP, AWAKE and other community groups in the city held a vigil on the steps of City Hall following the verdict that found George Zimmerman not guilty of killing Trayvon Martin last year in Sanford, Fla.  Those at the rally were urging the Department of Justice to pursue charges against Zimmerman for violating Martin’s civil rights.  Turnout was quite impressive and covered much of the plaza in front of City Hall.  Below are a couple of pictures from the event.

View from the stairs. WMassP&I arrived late (due to the meeting), but the crowd was eve larger earlier on. (WMassP&I) 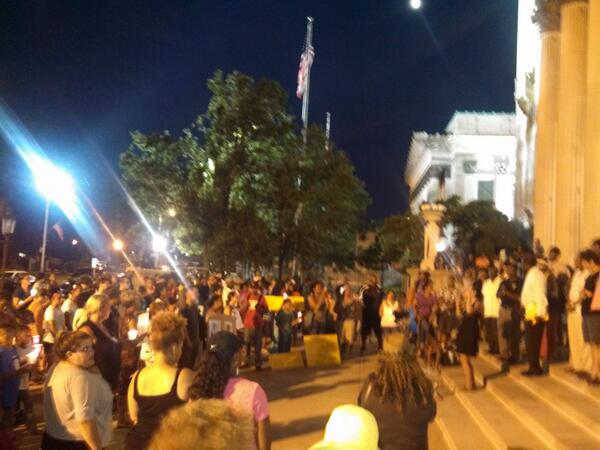