Senator Michael Knapik’s resignation letter has not even gone into effect yet and the Senate appears to have written up its order to hold a special election to replace him.

Today the office of Massachusetts Secretary of State Bill Galvin released the schedule for the special election for the 2nd Hampden & Hampshire Senate District.  The dates suggest a rather prompt campaign season, but one clearly timed to minimize costs.

Unlike vacancies in Massachusetts’ federal offices, election schedules are not laid out by statute.  Rather, the vacant seat’s chamber sets an election schedule in consultation with the Secretary of the Commonwealth’s office.  As a result, the Senate in this case and Galvin’s office can choose a schedule that can do the most good. 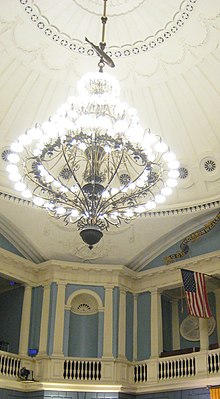 For example, earlier this year, the State Senate timed the primary for the special election to fill former South Boston Senator Jack Hart’s seat to coincide with the Special US Senate election.  The Senate had its choice of days for its election, whereas Governor Deval Patrick, in choosing the US Senate special dates, was confined by statute.

In this case, with the general election of the special for Knapik’s seat likely to be highly contested and thus was placed on the same day as municipal general elections.  The result is a considerable savings for the communities who will only need to hold one extra election as opposed to two.  In the event Massachusetts reimburses the communities, the commonwealth will reap those savings.

Nomination papers are available immediately in Boston and will be available in Springfield later today.  Candidates must collect 300 signatures to be certified for the ballot. Signatures must be turned into local registrars by August 27 which will certify the signatories are voters in that town.  After certification, the campaign and/or the candidate must turn them into Galvin’s office by September 3rd.

Galvin spokesman Brian McNiff said that there is some flexibility built into the law, particularly when the required number of signatures is higher.  However other than the dates of the election, other deadlines are set by statute and fall into place around the chosen election date.  For example, due to the timeline selected, there is no opportunity for individuals to change their party affiliation to be eligible in order to run on a party’s primary ballot.  This has no impact on voters, who may change their voter registration to be eligible to vote in a party primary up until September 18.

As of today no additional names have jumped into the race and Westfield Republican Rep Don Humason and the outgoing mayor of Easthampton, Democrat Michael Tautznik are the only announced challengers.  Others may yet join, however.  The mayors of Chicopee and Holyoke have declined as has Holyoke’s Treasurer Jon Lumbra.