This age-old chestnut may aptly describe the upcoming race for City Council’s Ward 8 representative.  Crossing swords for the third time in as many cycles, incumbent councilor John Lysak will again face Orlando Ramos in a bid to represent the ward that includes the Boston Road, Indian Orchard and Pine Point neighborhoods.

In conversations, both on and off the record, two competing images form.  Some observers see a potential establishmentarian pawn engaging another quixotic bid.  Friends and associates see an earnest do-gooder trying to make a difference.

While his campaign seems to be recycling some themes, it is giving greater attention to the digital realm with a spiffy website design in a city known for electronically arcane politics.

Ramos, 31, currently District Director for Sen. James Welch, has worked as a carpenter and in union leadership at the United Brotherhood of Carpenters, Local 108.   An injury sidelined him from the building trades and led him to politics.  While taking classes at Western New England, he interned for Gov. Deval Patrick and then volunteered for Welch‘s campaign before working in his office.

During an interview at Starbucks Ramos discussed his life and his campaign.  Answering questions he appears an unlikely politician and lacks the bombast, intensity and presence that many Springfield politicians—both windy and not—possess.  Almost emphasizing this point, he said, “I never really thought I was going to get into politics.”

Of course, win or lose, Ramos is in politics now.  As such, he faces criticism like that he would be a stooge for the city’s Illuminati.  Such claims usually are not tied to his union history or current employment, but have dogged him since 2009.

To the contrary, those that know from his time at Local 108 of the Carpenters union suggest the opposite.  Jason Garand, the Business Manager of the Springfield-based local, described Ramos as a friend.  Local 108 is probably among the more active politically unions, even though Garand admits no great love for politics.  He waxed disgusted at politicians’ acceptance of union support only to seek support and money from  adversaries.

“That is the worst of politics”, Garand said.  “Orlando is not like that.  “You’ve got somebody who you really trust.”

Rather, it is claims that Ramos is too close to Heriberto Flores and the New North Citizens Council.  Both, critics charge, cozy up to the city’s political power players at the expense of the city’s Latinos.  Ramos rejects any such allegiance to Flores or New North.

Those doubts are matched by effusive praise from those that know Ramos.  Senator, Welch in a statement to WMassP&I praised Ramos as someone “who genuinely wants to help people.”  That work ethic, Welch wrote, earned Ramos his District Director position.

Ray Berry, who serves with Ramos on the License Commission said he is “Truly concerned around the entire fabric of the entire city,”  Both men were nominated to the commission at the same time.

Berry said that his and Ramos’ friendship predates their service on the License Commission, which incidentally prevents him from formally endorsing his colleague. According to Berry, who is also managing the School Committee Campaign for Calvin McFadden, the two met shortly before Ramos launched his first Council run.  At the time, he was considering a School Committee seat, Berry said.

“I could see what he was trying to accomplish in his ward,” Berry said. 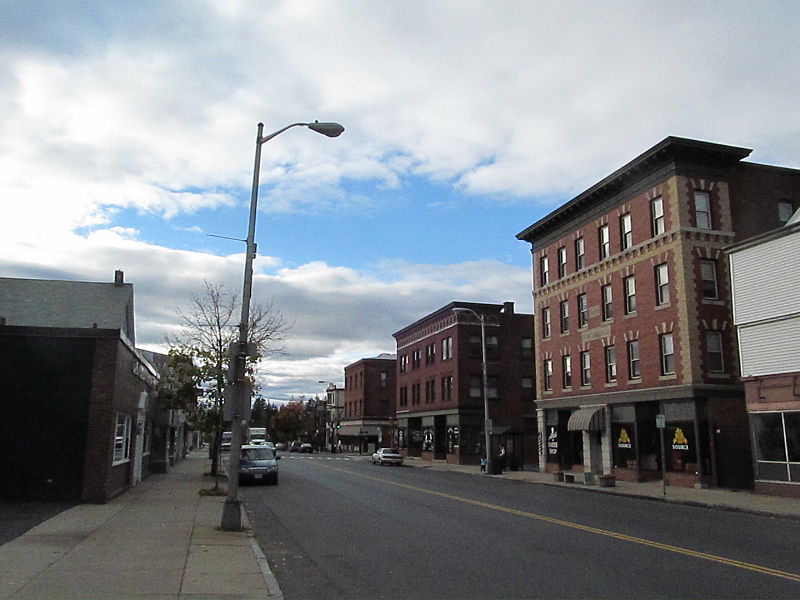 A view of Downtown Indian Orchard (via wikipedia)

Of course that ward would have to let him do that first.  Ramos bought his Indian Orchard home in 2007 while earning a good wage as a carpenter.  He lives there with his daughter.  All of those interviewed for this article took time to note Ramos’ dedication to his daughter.  Indeed, Ramos’ Facebook timeline is littered with posts about his daughter that, while corny, seem entirely appropriate for a doting parent.

Ward 8 and especially Indian Orchard, although diversifying at the same clip as the rest of the city, is known for its historical ethnic groups, especially its outpost of American Polonia there.

Indeed, although Ramos lives there now and has served on the neighborhood council, it is has been speculated that Lysak’s Polish-sounding name has won him votes in “The Orchard.” (Lysak lives in Pine Point).  It is no surprise then that Ramos plays down the fact that his election could increase the relatively low number of Hispanics councilors.

“Regardless of race, I think I am the best person for the job,” he said.  Ramos instead prefers to point to his “humble beginnings” and his rise from public housing to owning his own house as the common thread with voters.  He points to “the tradition” of the neighborhood, namely the residents whose family and or themselves worked at Chapman Valve, Monsanto and others former industrial players in the area and focuses on policies that he says would allow and encourage them to stay.

In describing his platform, a mix of milquetoast Springfield political promises and some more populist ideas, he mentions a few items that could have an impact.  Such things include tax breaks both to bring jobs and relief to homeowners.  Other somewhat original ideas include a landlord registry to combat absenteeism and poorly maintained properties.

It is unclear how much policy, however, that Ramos, or really any councilor could accomplish given the body’s usual reluctance to engage proactive initiatives.  So the question becomes not whether Ramos could keep his promises, but rather “what kind of councilor he would be?”. 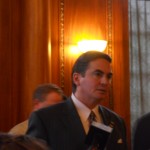 His tenure on the License Commission does not offer too much insight, but one critical vote is a bit instructive.  In April, Ramos voted with two of his colleagues to reject a proposal from Mayor Domenic Sarno to limit the closing time of bars in Springfield to 1 a.m.  With so many of the commissioners, including Ramos and Berry being Sarno appointees, it was thought that the mayor might lean on them to get his way.

Advocacy for his ward could be another test of his independence.  Councilors have long groused Sarno regularly fails to properly include the Council in city affairs and high-level meetings on Beacon Hill, but often do little more than complain.  Ramos said he could serve Ward 8 best by virtue of  his contacts in the city and Boston.  “I have already made those connections and you have to be proactive about” solving problems.

However, when asked if he would be prepared to advocate around Sarno if need be, he demurred, “I wouldn’t put it that way,” he said while affirming he would advocate for what was best for his ward.

Ramos’ closing time vote also suggested a willingness to set aside his own beliefs in discharging his duties.  Ramos describes himself as fairly religious and a teetotaler, he apparently and carefully looked at the evidence, not the administration’s rhetoric, in reaching his vote.  Like Berry, he could not get into much detail on Commission business.

Ramos’ time as a union steward and on Local 108’s executive board appears to show the trust some have put in him.  As a steward, Ramos would have been the union’s eyes and ears on the job and serve as a conduit address workers’ questions, concerns or injuries under the contract.  Garand said Ramos’ purpose as steward was “to mediate or solve problems” before they become problems and expressed a sense that Ramos did that well. 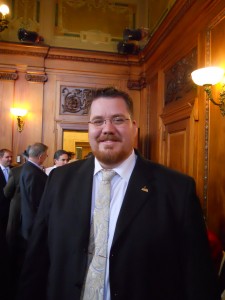 But there still exists a question as to why he continues to pursue the seat even after two defeats.  The 2009 and 2011 elections were decided by only a couple dozen votes.  Ramos and others have said the 2011 election was distorted by the October snowstorm that knocked out power for a week in some parts of the city.

Ramos insists “feedback” from people in the community are part of what keeps him coming back to the ballot.  But, in one of the very few statements he gave that offered even a hint of pretension, he said that he was simply the better person for the job.

A 2011 Campaign Portrait of Ramos (via voteforramos.com)

Garand, offering a more heartfelt assessment said Ramos would do well on the Council, “I miss him,” referencing Ramos’ departure to go work for Welch.  Since Ramos left, there “has been a hole we have been trying to fill with other people,” Garand continued calling Ramos an “asset” to working people.

“I think he’d make a great city councilor,” he said.