Updated 5:25PM:Here is the White House release on the nomination. 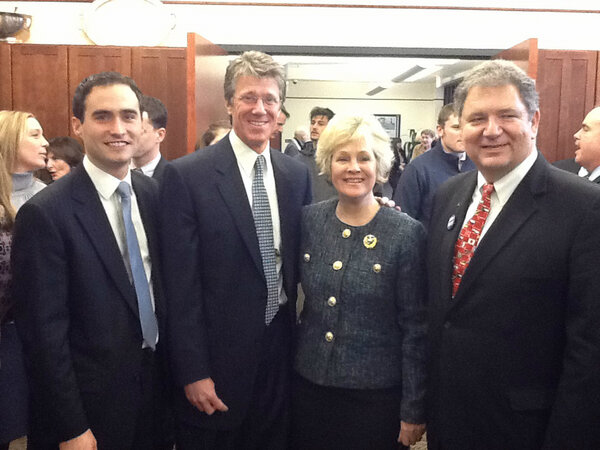 The Boston Globe is reporting that President Barack Obama has chosen Hampden County District Attorney Mark Mastroianni to the Springfield seat of Massachusetts US District Court.  The vacancy has existed since August 2011 when Judge Michael Ponsor, a Clinton appointee, assumed senior status.

Mastroianni, running as an independent, succeeded William Bennett who held the office for twenty years.  He defeated former State Senator Stephen Buoniconti who himself had won the Democratic nomination after felling a phalanx of candidates looking to score the open spot.

The Hampden County District Attorney’s has been called the largest law firm in Western Massachusetts and prosecutes some of the commonwealth’s most complex criminal cases outside of the Metro Boston area.

Mastroianni’s term has been somewhat unremarkable, although his decision to eschew a political nominating process had won him accolades even among Democrats.  By Election Day 2010, many had all but abandoned Buoncionti.  Even though 2010 was a total all-hands-on-deck year for Democrats, more and more establishmentarians and activists grew to see the former assistant DA and Democrat-turned-independent as no threat.

Mastroianni was criticized when his name first surfaced for seeking the judgeship not even three quarters of the way through his tenure.  The Westfield attorney replied that the opening of a federal judgeship in Springfield is a once in a lifetime opportunity.  Although Mastroianni would probably have been a odd-on favorite to win reelection, he had rankled some when with some his dismissals and investigation of police conduct.

If confirmed by the United States Senate, Mastroianni’s position as District Attorney would be filled temporarily by Governor Deval Patrick.  That in itself will lead to a spectacle of bowing and scraping as politicians and well-connected attorneys look to move up to a visible and (actually) powerful position in the Springfield-area political food chain.

The timeline for confirmation is difficult to judge. Many of Obama’s nominees have waited weeks or months before eventually getting confirmed by wide margins due to Republican procedural tactics.