A Baker’s Ministry for 36 Court Street?…

SPRINGFIELD—It was not too long ago that Salvatore Circosta was on his way to the priesthood.  A whirlwind of events seemingly led him out of direct service to the church and to seeking public service in the city where he grew up.  The proprietor of one of more popular businesses in the “X,” he is pursuing a seat on the City Council for Ward 3 in this year’s city election.

Circosta, who left the seminary to help care for family members in poor health, has enjoyed something of a rise in fame since opening Sal’s Bakery and Café in 2011.  Its opening after a delay due to the October snowstorm that year, but since then has become an area meeting place and public forum venue.

If Forest Park, where the X and Circosta’s home is located, mirrors the city’s wealth and poverty, strength and weakness in miniature, Ward 3 is a menu of the city’s deepest problems.  Poverty and blight are endemic here.  The ward, one of the city’s most densely populated, runs from the northern edge of Forest Park (Belmont and Sumner Avenues form its southern border) to include the South End, Maples Heights and Six Corners.

Circosta, one of the few of Italian-Americans in the ward, is challenging incumbent Melvin Edwards, who is multiracial (but more often defined as simply as black) and hales from the Maple Heights/Six Corners neighborhoods.

The South End is the historically Italian neighborhood of the city, now largely Hispanic, with a few stores carrying on that legacy. (via masslive)

It is an open question whether or not Circosta really has a chance.  Identity politics will loom large and the demographics do not favor him. That said, Circosta said he eschewed an at-large run because this is his “chunk of Springfield.”  He claims to have “a good sense of culture for each of the neighborhoods,” in the ward.

During an interview at the bakery after closing time, the Mediterranean-tinted Circosta, sporting a sweatshirt from his alma mater Providence College, explained his roots in the ward.  He grew up in a multiple family house around the corner.  His grandfather, upon first coming to Springfield, lived in Six Corner and Circosta himself volunteered at Primus Mason Court retirement home on Walnut Street while attending Commerce.

But Circosta, 28, acknowledges that the smaller makes a win easier in a ward race and especially since most of the at-large councilors have been there for a long time, “[At-large] is going to be a much tougher race to win.”  He also praised the other young folks in the race like Justin Hurst and Ernesto Cruz.

Circosta’s path from seminarian to entrepreneur zigzags a bit, but is founded on service he says.  He served in the Junior Reserve Officer Training Corp in high school and initially went to Norwich University upon graduation.  However, he later transferred to Providence College by way of the seminary via the Diocese of Springfield.  He later went to Boston College’s School of Theology to get his masters degree.

He worked in Boston for a while as a seminarian, ministering to the poor and homeless by engaging them in conversation where they could be found like on Boston Common.  After graduation he could have taken jobs in DC or even Rome.  Ultimately, the health of his grandmother and mother led Circosta to ask the bishop for a temporary and then permanent reprieve from the seminary.

Upon returning home, he worked for his father doing roofs, but wanted to start his own business.  “We are well-saturated with Italian Restauants in Springfield,” he said remembering his dismissal of an eatery.  Rather, he chose a coffee shop, a place “Not just to go for coffee or a pastry, but bring people in to talk.”

After $165,000, Circosta opened his bakery/café which has become that venue for public discussions.  He has hosted police and bar owners during the 1 a.m. debate, US senate candidates (thus far only Republicans have attended) and several city politicians.

The Bakery on Belmont Avenue (via Faceboook/Sal’s Bakery)

But has the campaign impacted the business?  Circosta says many tried to dissuade him from running, arguing that it would take time away from growing the café.  He brushed off admonitions to focus on the business first, “I thought that was bad advice.”

The café has scaled back hours focusing more on breakfast and lunch crowds and Circosta admits, “The economy sucks!”  But he pushed back hard the notion that campaigning is responsible and moreover that the business is in any trouble.  “I had to make sure I would be mature is spreading out time,” to balance both.

Circosta says the bakery is a good headquarters.  It is a place where supporters and voters can find him, and if elected, constituents as well.  Additionally, he says it allows him to continue a bit of his own ministry reaching out to the folks in the neighborhood.

Still, Circosta’s campaign has his critics.  While Circosta has had a few mailers and signs printed up, some supporters complain privately that the campaign has not engaged voters directly enough despite Circosta’s own lamentation that maybe one thousand out of eleven thousands in the ward ever vote. 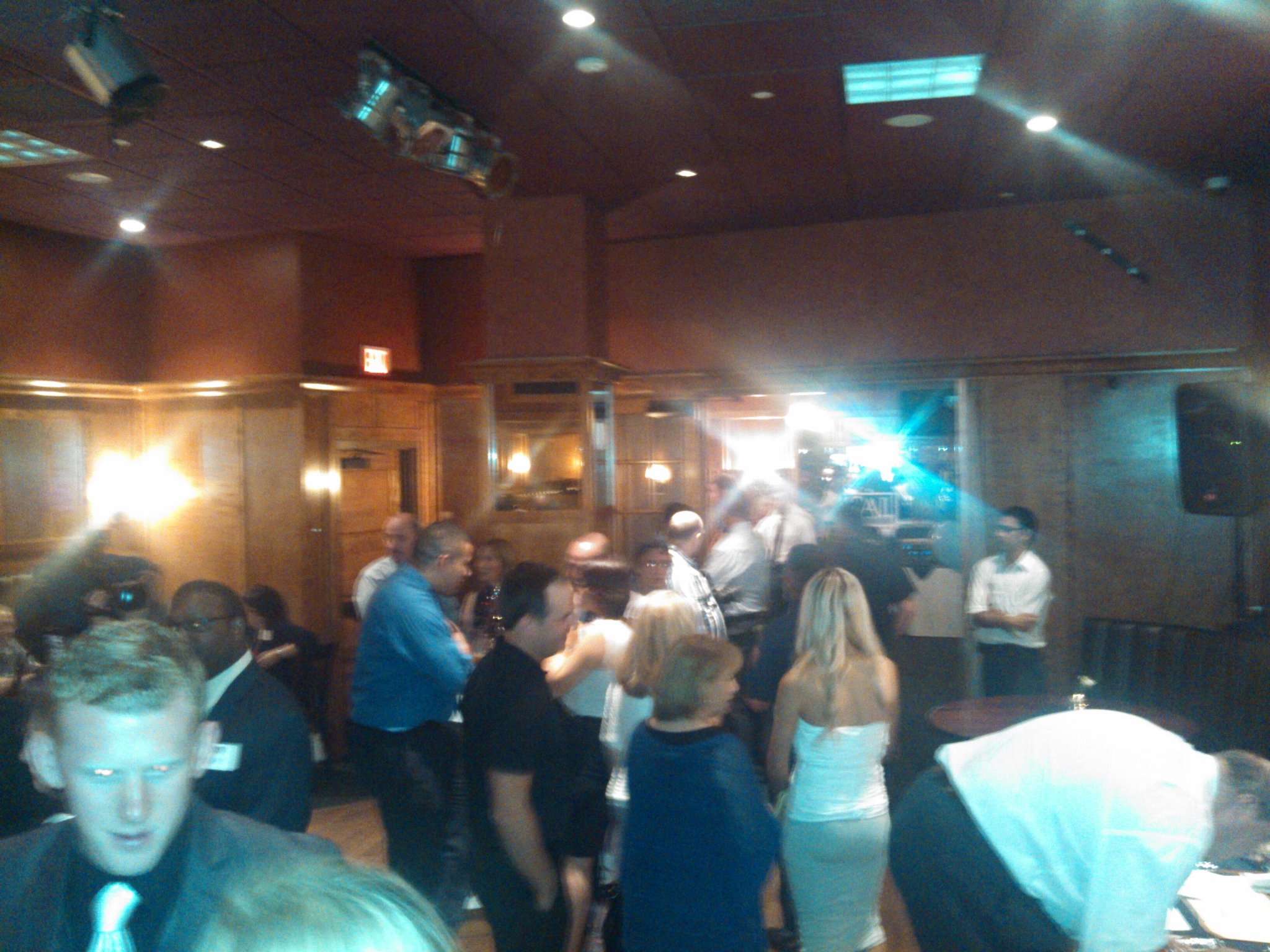 The demographics are also a high hurdle for Circosta to overcome.  Circosta says that race should play no role in this election as he seeks election in an overwhelming minority ward.  However earnest Circosta may be, his fundraisers and events are incredibly pale with supporters and contributors certainly out of the ward if not out of town altogether.  That could turn off voters who know little else about the candidate.

Circosta admits that he has considerable support, both personally and financially, from outside the ward and even the city.  He attributes this to his regional customer base, his church, Mt. Carmel—whose flock is more ethnic than geographic these days—and a family that has spread throughout the Greater Springfield area.

Circosta tried to turn questions about his campaign money into proof of he would behave in office. He claimed that money from outside the community will not sway him and has rejected contributions from some.  “I have to know the person’s integrity.  I have declined checks,” he said noting stereotypes of Italians’ connections to organized crime and alluding to figures in the figures in Springfield’s underworld.

In another example he cited, he has refused pawnshop money and supports the new regulations that have been brought before the city council.  Circosta, who is a Republican and identified with more conservative causes, said in this case, the business owners who run the shops have it wrong, “I know the risk of going into business,” he said and for pawnshop owners, one of those is dealing with stolen goods.  Circosta has not filed any reports with Office of Campaign & Political Finance complicating verification of his claims.

If Circosta can overcome the criticism and the obstacles, he seems eager to go after an ossified legislative body.  “There is no energy on the City Council,” he says, just “a bunch of bickering and complaining,” but  “No vision.”  Indeed, he calls his drive to join the Council “more vision driven than dissatisfaction driven.”

“We need to be a little crazy,” he suggests, ostensibly a call to think outside the box.  He also dismissed constant attempts to compare Springfield to the artsy home of Smith College.  Employing a bit of the overwrought boosterism that too often colors city politics he said, “We’re better than Northampton.”

That is present in some of his proposals like remaking the dark corners of the ward with lighting and public art or fountains on dead end streets around the Main & Locust.

Circosta’s relationships with city officials varies.  His relationship with fellow paisano Domenic Sarno has been chilly of late.  Many councilors know or have spoken at his bakery, including Ward 2 Councilor Mike Fenton who also attended Providence College.  He also says he has has a cordial relationship with Edwards, the man he seeks to replace.

Still, there is criticism of Edwards, too.  Circosta says Edwards has stayed in his “comfort zone” around the Maple Heights/Six Corners area.  He charges that Edwards has not reached out to the South End or Forest Park neighborhood organizations, nor keep well enough in touch with businesses in the ward or the police departments BADGE unit.

Some of the criticism is by implication, saying that he would be at the scene of shootings throughout the ward and would urge residents to call or text him if he they were not comfortable talking to the police.

Still, victory is a tall order.  Demographics do not favor him and however indifferent to racial and ethnic considerations personally, his closeness with the Police Department may give residents in the ward pause.  And yet victory in November is not a prerequisite to his involvement in the city’s affairs.

“Regardless of whether I just keep my baker’s cap on, this neighborhood is my neighborhood,” he said.  Circosta says he wants city leaders to understand people his age and up and coming deserve a chance to make their mark, like himself. “This city is going to get me whether I am councilor or not,” he added.