Editorial: Do Not Pawn Your Vote, Exercise It!…

The Springfield City Council can’t help, but bring up a number of things before this upcoming election.  Some like the raise for the mayor have been floundering for years.  Another, new regulations for pawn shops, has been with us for almost as long as residency has this year.  We are not in a position to endorse the full compliment of proposals originating out of at-large Councilor Tom Ashe‘s committee, but we do agree that the Council must take a concrete action before Election Day.

Let us open with a note of suspicion.  We are no shills for the Police Department.  There are many commendable, dedicated officers in the service of the City of Springfield, but politics, caprice, power plays and pensions too often run the show on Pearl Street.

Normally we would approach a proposal like this with equal suspicion, but for two factors.  The first is, as Masslive has noted, pawnshop contributions to politicians.  Some, like George Sarkis, have contributed to supporters of the changes, too, but this kind of pay for play situation is exactly what makes the public distrust the political system. 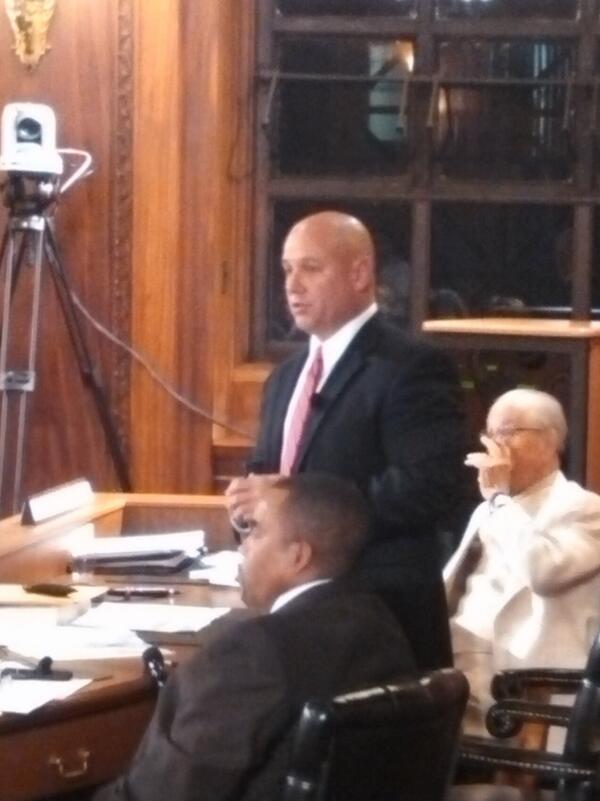 There are two key components of the pawnshop ordinance that Councilor Ashe is trying to extricate from his own committee.  The first is additional recordkeeping for the owners and the second is an extension of the holding time a shop must hang onto an item before it can be sold.  That latter provision is key because it merely asks the Council to undo what itself had done not more than two and a half years ago.

There may well be legitimate civil liberty concerns about the reporting requirements.  But the National Security Administration this is not.  Still it is complicated and therefore extending holding period should have been pretty straightforward.  A measure to extend the holding time to 23 days from the current 10 was defeated some weeks ago.  The currently proposed ordinance moves it up to 30 days.

The reporting requirements may give one pause, but they do not rise to NSA-proportions. (via dailykos.com)

Really this should be a no-brainer.  The police are asking the Council to rescind its 2011 action to reduce the holding period to 10 days.  For pawnshop owners to groan that they would be laboring under a burdensome new regulation is disingenuous at best.

But the standalone extension was already defeated 10-3, which was the wrong move.  Therefore, the Council must then move on the pawnshop ordinance that remains, which is more comprehensive.  However, Ashe’s fellow committee members sequestered the item in the Public Safety Committee this past Tuesday.  The only option then, is for Ashe to request a majority of his colleagues to pry it out by majority vote.

Supporters of this measure suspect opponents are trying to bury the measure until after the election when they can safely do their contributors’ bidding and kill it.  Opponents cannot do so before the election and give the measure an up or down vote lest they appear to be crossing the police, and, more sympathetically (in our view), victims of theft.

Elections are in less than three weeks (via northamptonmedia.com)

We are not a fan of such high stakes votes happening before an Election.  Certainly records should be judged by voters when they go to polls, but holding out items till the last minute to extort maximum political pain is not good either.  We do not see this here.  Had this passed in the summer, nobody but the pawnshop owners, would remember by now and collectively their withholding of contributions would never amount to enough to jeopardize councilors’ campaigns.

Instead, it may empower their adversaries and make a political issue out of something that could just as easily have been dealt with some time ago.  Oddly, here, giving in to special interests creates bigger problems than standing up to them would.

Whatever the ultimate fate of these matters, this issue will not likely go away.  Pawnshop owners have money and so they will always have allies on the Council.  The police, being the cops, can always find an audience before the Council.

Punting to avoid any decision until after the Election and doing so, not to improve the legislation, but to kill it, is cowardice.  At-large Councilor Jimmy Ferrera suggested separate rules for pawnshops and second hand shops, something the Law Department has implied is unworkable.  We cannot measure Ferrera’s sincerity but he has a habit of saying what people want to hear, despite legal impossibilities.  Even if possible, it is a distinction without a difference.  After all, it is not the Goodwill police are targeting here. Moreover, Ferrera’s credibility here is suspect. He said the police had their chance to challenge the 10 holding period when proposed in 2011, but records show he sponsored an ordinance in 2012 to return it to 30 days.

Some councilors working on raising the mayor’s pay have been adamant about not waiting so as to not to hide behind the safety of November 5’s results.  For whatever reason, this issue has risen to that same level of scrutiny and controversy.

While opposing any changes that disfavor pawnshop owners may be suspicious, there are good faith reasons for opposing other parts of the proposed ordinance.  However, opponents must summon to intestinal fortitude to cast a deciding vote on the matter.

There is one other option, which frankly we would favor more as far enacting a change now is concerned.  Ashe could persuade his colleagues to pull his item out of Committee and then immediately amend it to only change the holding period back to its pre-2011 language of 30 days.  This would correct the Council’s erroneous rejection of an even more reasonable 23 day holding period.

Again, we receive the requests of Pearl Street with a jaundiced eye, ever more so given Mayor Sarno’s tendency to improvidently harm business in the name of public safety.  Here, history and facts set aside our cynicism and call us to support action—even if negative—and not obfuscation.  After all, the Council’s job is not to dither, but to vote.