For Some, the People’s Grace, For Others, Their Wrath…

In a blistering night for incumbents up and down the Pioneer Valley, new (or sorta new) faces will be joining elected bodies and entering the corner offices as voters went to the polls.  Voters also installed new leaders in Boston, Easthampton and the State Senate in addition to the multitude of races across the nation.

The most high profile mayoral race in the value was probably Holyoke where Morse escaped the incumbent body count and won reelection in a decisive 54%-46% win over Jeffrey Stanek, a native son to the city who had held financial positions at businesses in Maine and Michigan.

Morse may have won a decisive victory, but so much could not be said for his counterparts to the south.  West Springfield Mayor Gregory Neffinger and Chicopee Mayor Michael Bissonnette both lost to challengers.  West Springfield Town Council President Edward Sullivan will be that community’s new mayor, while former Chicopee Mayor Richard Kos will take over again come January.

The bloodletting did not stop at the executive level.  Incumbents lost on councils from Easthampton to Springfield.  Two Easthampton at-large members lost their seats, while the city elected Karen Cadieux to replace Mike Tautznik who had opted not to run reelection.

In Springfield four incumbents lost, two on the Council and two on the School Committee. Challenger Justin Hurst roared into first place on the at-large Council ballot, displacing Jimmy Ferrera who came in sixth place behind Tim Rooke.  Hurst, Rooke, Tom Ashe, Bud Williams and Kateri Walsh will return to the Council.

On the School Committee Denise Hurst retained her seat, taking the most votes of three candidates running.  However, Calvin McFadden, a pastor and newcomer to city politics, displaced Antonette Pepe, who has served on the body for 10 years through three elections.  McFadden’s campaign raised over $20,000 that was used effectively and crossed a broad swath of campaign tactics. 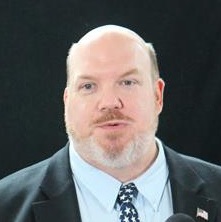 Westfield’s Republican State Representative Don Humason prevailed over Democrat David Bartley, a Holyoke Ward 3 City Councilor, to fill Mike Knapik’s Senate seat.  Knapik resigned in August to take a job at Westfield State.  Although Bartley and Humason won their hometown handily, Humason pried more votes out of Holyoke than Bartley out of Westfield.  As expected, Agawam proved decisive and came out for Humason.

Elsewhere in the commonwealth State Representative Martin Walsh defeated Boston at-large City Councilor John Connolly by nearly four points in the city’s first competitive mayoral election since Tom Menino was first elected in 1993.  The race, while largely civil was heavily defined by the outside spending that largely came from unions and favored Walsh. 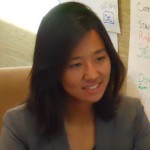 The Boston City Council will also be getting some new faces.  Michelle Wu, profiled in September, won second place among the city’s four at-large seats, second to 2011’s first place vote-getting Ayanna Pressley.  Wu’s placing is an impressive spot for a candidate who was a relative unknown just a year ago, but her campaign hit the ground running and took off even before it was assured that there would be an at-large vacancy.  Rounding out the top of the ticket were incumbent Stephen Murphy and former city councilor Michael Flaherty.  The two districts seats left open by councilors who had sought the mayor’s office will filled by Timothy McCarthy in District 5 and Joshua Zakim in District 8.

Zakim defeated Michael Nichols, the Council’s research director, who was profiled by WMassP&I along with Wu.  Zakim, who outraised Nichols many times over, only won by four points.