Briefings: Candidates, but no Date in the Whip City…

UPDATED 12/30/13 8:47: NEPR’s Henry Epp and The Boston Globe’s Joshua Miller report the Speaker of the House has approved dates to fill the Fourth Hampden seat.  The Election division in Secretary Galvin’s office confirms. Signatures are due January 21, the primary will be held March 4, and the general election will be April 1. 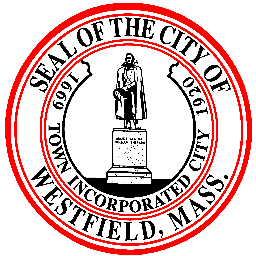 Westfield is the only community in the Fourth Hampden House district. (via Twitter)

A date of April 1, 2014 has  (see update) been set by the Massachusetts House of Representatives to fill Senator Don Humason’s old seat, but candidates are beginning to line up.  Since before the election to replace Mike Knapik, at least one candidate had been in the race for the Westfield-only Fourth Hampden House District.  Now that candidate may have company.

Yesterday the Massachusetts Office of Campaign & Political Financing posted the formation of Daniel Allie’s campaign committee for the Fourth Hampden.  The details of Allie’s paperwork were available as of posting time, but a PDF of the documents were not.  As it stands, Allie has not declared a party under which he would run, but it seems likely, given his history leading and working to elect Republicans, that he would carry the GOP banner.

The Democrat in the race, John Velis, filed shortly before the Senate election last month.  Velis made it clear that he would seek the seat whether Humason vacated it upon winning the special senate election or Humason lost the special and sought reelection in the 2014 general.  The former ultimately happened, but Velis was well on his way to laying the groundwork for a campaign.  A veteran of the War in Afghanistan and attorney, Velis had seemingly kept away both Democratic and Republican challengers for well over a month after it was clear the Fourth Hampden would open.

Allie, if he in fact makes his bid official, would be running in the infancy of his Council career.   He won an at-large seat last month in the city’s regularly scheduled elections, which saw several incumbents lose their council seats.  While no election schedule has been set, the timing of Knapik’s resignation complicated the ability of Democratic elected officials to jump into the special senate race.  Many potential candidates had committed to municipal races or had only begun their first terms in office, like Rep. Aaron Vega.  Similar troubles could bedevil Allie if he makes a run so soon after winning office.  Speaking to NEPR, Allie was noncommittal about running.

When the House will take action to order an election for Humason’s Fourth Hampden seat, despite being vacant some three week’s longer than Clark’s senate seat was, is  now known as this time.  If past special elections this year and the timeline set for Clark’s seat are any indication, the process from gathering signatures to the general election could occur in less than four months.  Indeed, the special election calendar, as referenced in the update at top, is all within four months.