UPDATED 11:44PM: For grammar and an omitted detail of Leahy’s work history .

Could the appeal of returning Holyoke’s senate seat to a native be an undercurrent of the early formation of the Democratic field? (WMassP&I)

As the Valley’s largest city gazes into the maw of possibly several legislative contests on top of county races, little attention has been paid to the legislative races elsewhere in Hampden County.  Up the river in Holyoke, where the Paper City is still recovering from its intense mayoral election, several residents are gearing up to oppose Massachusetts’ newest state senator.

Democrats would have been ill-advised to treat now State Senator Don Humason with the same kid gloves they did his predecessor, Mike Knapik.  Both are Republicans.  In the nearly 20 years Knapik held the Second Hampden & Hampshire Senate district, Democrats only fielded a challenger twice: when Shannon O’Brien vacated the predecessor district in 1994 and former Holyoke Mayor Dan Szostkiewcz’s 2002 run. Humason, by contrast, is seen as a bit more to the right than Knapik and for Dems to leave him unchallenged in a seat they once controlled would be political malpractice.

The early indication is that they do not intend to do so.  What is more interesting, however, is not just that Democrats are gearing up, but where they are coming from.  Just by the numbers, even though Agawam and Westfield have their Democratic hotspots, the party’s heart in the district is Easthampton and Holyoke, the latter being from where the early 2014 contenders appear to be coming.

No fewer than three Holyokers are potentially in the mix including David Bartley, the Ward 3 Councilor Humason defeated last month and two others, Christopher Hopewell and Patrick T. Leahy.  Both have since formed campaign committees with the state’s Office of Campaign & Political Finance.

Conditions were not bad, but ultimately less than ideal for Democrats when Bartley, the son of a former Massachusetts House Speaker and HCC President, lost.  Thus, with with some heavy retooling of his campaign, Bartley could launch a comeback. Still, by next November, Humason will be an incumbent and will look for some coattails from likely Republican gubernatorial nominee Charlie Baker.  The chattering classes think another Bartley run, free of some municipal political complications, is in the offing, having noticed his presence across the senate district since his defeat.

Hopewell, who actually formed his senate campaign committee before the special’s general election, had planned a campaign for the Democratic nomination during the summer.  A disqualification kept him off the special election ballot in the end.  Hopewell told WMassP&I in October he formed his committee with an eye on a 2014 run to get a jump on fundraising, regardless of the special’s outcome.  Mayor Alex Morse appointed Hopewell, now an emergency services coordinator at Cooley Dickinson Hospital, to the Fire Commission in 2012.

However, the most recent addition to the race is notable for his ability to take on Bartley’s family connections and Hopewell’s penchant for getting press.  Patrick Leahy, a Holyoke Police Officer and brother to at-large Councilor James Leahy, filed his papers with OCPF Friday.

While not a direct foothold into city government as Bartley has as a councilor, if a one-termer, Leahy would have, like Bartley, family in the political biz. Leahy’s brother, James, has served on the Holyoke council for over a decade.  In addition, as a police officer, Leahy has also gotten some media notice, including mentions for going to Boston to aid security efforts during a visit from President Obama and for being part of the city’s community policing unit.

Leahy serves on the Library Board of Directors in the city, an appointee of Morse also, and has worked as a realtor and in O’Brien’s Treasury office.  If the product matches the hype, some observers think Leahy could be a very strong candidate.

The competition among Holyokers for the seat suggests a desire not just for the Democrats to take the seat, but also for the Paper City to take it.  Although the last Dem to hold the seat, O’Brien was from Easthampton, before her a string of Holyoke residents represented the district. Westfield’s grip on the district, first through Knapik and now Humason, after 20 years, may be part of what is pumping up interest.  It could serve as a rallying point even before the primary selects the Democrat to compete against Humason. 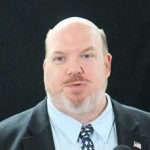 There could be another factor in play to help Democrats take the seat despite election conditions that could favor a Republican return to the corner office. Charles Fortin of Westfield has also filed with OCPF on the Libertarian line and could draw a small, but potentially game-changing number of votes in the general from Humason.  The senator won the special election’s primary as the more moderate of the two Republicans running.

The loss to Humason was not much of a blow to State Democrats in the short term.  However, as a few senior Democrats eye retirement from the State Senate in the next few cycles, seats like Senate President Therese Murray’s may become impossible to reliably hold.  Consequently, marginal or swing senate seats like the Second Hampden & Hampshire will grow increasingly important and critical so Democrats can hold their super-majorities regardless of the party of the governor.