Several Said to Seek Seat Should Swan Song be Sung…

Even before the Pioneer Valley has rung in 2014, the year’s musical chairs and political calculus is well underway.  At this early stage, the moves fall into two categories: those seats we know are open and those that may be pending a retirement and its succeeding falling dominos.  Sean Curran and his 9th Hampden is in the former category, Gale Candaras’ Senate seat is in the latter.  The fate of Ben Swan’s 11th Hampden District is the latter too and as of now the stuff of speculation.

There is no shortage of names of people from with the district’s core in and around Mason Square, but also along its peripheries that could mount a winning campaign.  However, perhaps more than the neighboring 9th Hampden, the race could feature several candidates all running at the same time competing for the reliable pool of voters who will turn up in the next year’s Democratic primary.

Swan, who is 80 and the dean of the city’s resident delegation (technically Ludlow rep Thomas Petrolati who represents part of Indian Orchard has more seniority), has not announced his plans for 2014.  In an article about Sean Curran’s retirement, The Republican said Swan will likely make his plans known in March.  A too early announcement could have the impact of reducing whatever influence he may have on Beacon Hill in his final year in office and during budget fights.

In the middle of next year he will reach the 20 year mark, after winning a special election to fill current Democratic Party Vice-Chair Raymond Jordan’s seat.  In 1994 Jordan resigned to take a regional post with the federal government and Swan was his replacement.  When Jordan held the seat and until 2002, the seat was called the 12th Hampden.

While Swan could have faced some competitive elections over the years, especially given the divisions with Springfield black political community, few competitors have ever come close enough to take him down in the Democratic primary (the general election is largely a formality in the district).  Unlike Jordan who infrequently had primary or general election challengers, Swan seemed to have often had a race.

Names like the late councilor Morris Jones, Leon Moultrie, the current Ward 5 Democratic chair, Chelan Brown of AWAKE, and even at-large Councilor Bud Williams, have washed up against Swan’s political coast, but never overtaken him.  Add to that perennial candidates like Norman Oliver and Larry Lawson and one sees how Swan may be among the most challenged state legislators—if nowhere near successfully—in the Springfield area.

Should Swan move on now, it will represent a huge shift for the core of the city, which his district represents.  However, the district itself is not the one he scored off of Jordan’s retirement twenty years ago either.  Demographics have driven Swan’s district from one clearly intended to elect an African-American representative to one of the most diverse in the commonwealth. However, redistricting also helped along this transition and move away from its historical heart.

Whether by accident (ha!) or design, the changes to Swan’s district were ultimately not subtle.  As built in for 2002, it was fairly compact, covering Ward 4 and parts of 5, where Mason Square and the Hill neighborhoods are, largely black and a few precincts.  It also included a largely white precinct from Ward 7 and otherwise diverse wards, but black-leaning precincts in 3.  As redistricted, Swan’s district took on very diverse precincts in Wards 2 and 6, while losing much of its precincts from 3.

Rep. Cheryl Coakley-Rivera swapped some precincts with Swan in redistricting. (via malegislature.gov)

Meanwhile, Swan no longer had Edwards to fear as a challenger.  The council had been making noises behind the scenes about challenging Swan, but after Edwards was out the 11th Hampden, he mounted a campaign against Senator James Welch in the Democratic primary.

How much the precinct swaps moved the demographic needles is less important than the fact that the district sprawled further away from its heard in Mason Square and its cultural and community institutions there.  Given turnout rates among racial groups, this probably does not mean a non-black candidate is imminent (although possible), assuming identity politic carries the day.  However, it could mean that the influence of “The Square” on the district is weakened.

This list of candidates that could seek to replace a retiring Swan run the gamut from currently elected officials to former elected to newcomers like Swan’s son or assistant City Solicitor Anthony Wilson.

The most talked about name thus far is none other than Bud Williams, who ran for the seat in 2002.  Williams was reelected last month in the third spot on the at-large ballot and topped the ticket in a number of precincts in the 11th Hampden.  Moreover, Williams lives in precinct 7A, the sole part of Ward 7 in the 11th Hampden.  That high turnout precinct, while alone cannot control the district, could swing the primary to the eventual winner.  Add to that Williams is the chair of Ward 7 Democrats.

Williams may have been maneuvering for the seat for some time.  Since at least the spring he had sought out the Council Presidency again, which may have boosted his visibility ahead of a rep run.  While eventual presidential nominee Ward 2 Councilor Mike Fenton likely did not know his own prospects until after the municipal election, sources say that Williams’ nomination never gained traction at all.  Throughout the year he was said to never be near the seven votes he needed to be president.

The potential tell of Williams’s ambitions came when he promised to fight on urging the majority-minority council to pick a minority president.  Aside from the fact that the Council has had a minority, indeed, black president before (himself), an implication of Williams’s argument to some may be inaccurate.  Ultimately, Williams voted for Fenton Monday night.

Another potential contender is Ben Swan’s son, Ben Swan, Jr.  The younger Swan works at MassMutual doing computer systems work, and would likely take a substantial pay cut as a rep.  However, several sources, including both political watchers and those from the neighborhood say the young Swan stands apart from the rest of his family.  He is described as more of a quiet worker than the more public Swan relations like the Rev. Talbert Swan, II who is the head of the Springfield NAACP.

Other names have included either Chelan Brown or husband Dejuan, however sources were unsure if they were presently residents of the district and a year’s residency is required to qualify for the House.  Donald Mitchell, an aide to former mayor Robert Markel has also been mentioned as well as the daughter of Swan’s predecessor and Sarno’s chief of staff, Denise Jordan.  And of course, former Councilor Rivera, were he to leave Markey’s office, could be a candidate.

Ernesto Cruz, who ran for City Council at-large this past year has been mentioned in multiple elections next year including both the 11th Hampden and the 10th Hampden against Coakley-Rivera (who has dropped zero hints of retirement), where he lives and is presently eligible to run.  That Cruz would attract such attention is not surprising, but in light of multiple rumors about multiple seats, WMassP&I sought clarification from him directly and Cruz said he is not planning to be on any ballot next year.

“I’m flattered that people are considering me as a candidate, but I will not be running for any publicly elected office in 2014,” Cruz said in a statement.  He urged people to not read anything into his run for Council and said a race for State rep, particularly in a district outside his own, “would be opportunistic.”  Doing so would conflict with his goal “of being an advocate first, elected official second.” 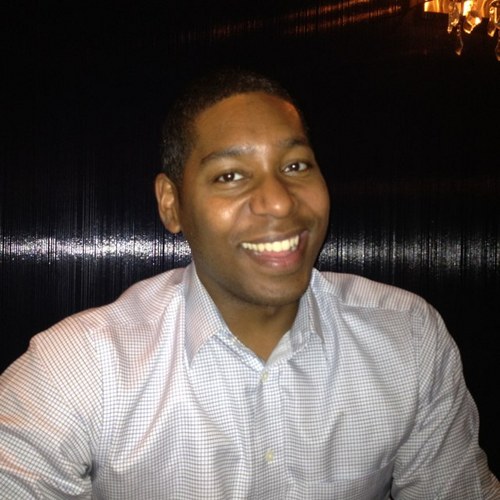 The final name in the mix is Anthony Wilson, who works in the city Law Department right now as an assistant city solicitor, principally on litigation and as the Council’s attorney.  Were Wilson to run, he would be the second young professional in as many years making a pitch to voters to take give the next generation a shot at leadership.  This election cycle in Springfield, that argument touched a few nerves, including Williams’ it sometimes seemed, which claimed the old guard were standing in the next generation’s way.  A similar tactic by Wilson could work, too.

At the end of the day, however, two factors will probably have the largest impact.  The first is how hard and what kind of campaign candidates run.  With such a diverse district, the path to victory cannot be based on a one-dimensional campaign.  The other question is what powers that be like Swan himself, Jordan and E. Henry Twiggs, the Ward 4 City Councilor will do.  Effective organization could ultimately prove more useful, but any one of them could, if they actually devote political capital to a candidate, make a difference.

At the moment, all candidates can do is plan and wait.  After all Swan could decide to run reelection.