Briefings: You Registrar What You Eat…

UPDATED 1/21/14 11:40: PM: For breaking news related to this story, the original update has been reposted here. 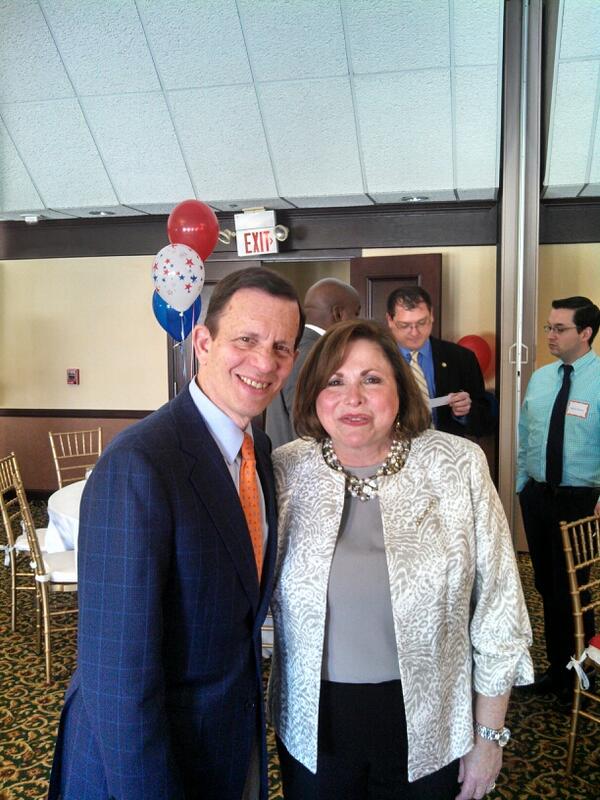 Tomorrow at 11:00 AM in Springfield Court Square, Senator Gale Candaras of the 1st Hampden and Hampshire Senate district is expected to simultaneously announce her retirement from the State Senate and her campaign for Hampden County Registrar of Probate.

The announcement would put a cap on an 18 year legislative career on Beacon Hill for Candaras, an attorney and former Wilbraham Select Board member.  She held the 12th Hampden House seat for ten years until replacing Brian Lees in the Senate when he retired in 2006.  The senate district consists of Belchertown, East Longmeadow, Granby, Hampden, Longmeadow, Wilbraham and about of third of Chicopee and Springfield mostly along each’s eastern sides.

Candaras’ departure is expected to touch off a scramble for her Senate seat.  So far the seat has only officially attracted East Longmeadow Select Board Member Debra Boronski, expected to run as a Republican.  Ludlow School Committee member James “Chip” Harrington is expected to enter the race as a Democrat sources told WMassP&I last week.  Rep. Angelo Puppolo, Candaras’ successor in the House, seems incredibly likely to dive in as well.  Rumors abound of other candidates including Chicopee Ward 6 Councilor Tim McLellan although with what, if any, party label is unknown now.

Masslive’s Shira Schoenberg broke the details of Candaras’ announcement, which had been planned for some time, but held out as either a reelection of a Registrar announcement.  Many sources familiar with her plans told WMassP&I that she had already made up her mind to run for Registrar, but insisted on secrecy.  Any such embargo is now broken and those sources’ details concur with those in the Schoenberg’s report.

Candaras’ announcement comes at a time of flux on Beacon Hill.  Senate President Therese Murray will not leave the Senate early as had been speculated, but the inevitable Presidency of Stanley Rosenberg of Amherst along with a string of major retirements suggests change under the State House dome where the Senate meets.  Add to that the changing of the guard in the Governor, Attorney General and Treasurer’s offices.

Current Senate President Therese Murray will remain in office until the end of the year at least (via thersemurray.com)

However, Candaras’ departure does portend a slight loss of influence for Western Mass and Greater Springfield. She was fairly tight with Murray and aside from Rosenberg, Candaras tied Pittsfield-based Senator Benjamin Downing for seniority in the Senate.   Under a President Rosenberg, Candaras could probably have gotten her pick of committee assignment as one of only a few fellow Western Mass senators.

With Rosenberg at the Senate’s helm, not too much of the 413’s pull on Beacon Hill will be lost, but that does not replace the institutional relationships that Candaras built in the Senate and still holds from her time in the House.  By comparison, Senator James Welch who represents the lion’s share of Springfield in addition to his hometown West Springfield and a few pieces of Chicopee, was only elected to the House Senate ten and four years ago respectively.

Schoenberg reported that US Rep. Richard Neal and Rosenberg will attend Candaras’ announcement.  However, their presences suggests not only a send-off to their friend and colleague.  Both Rosenberg’s access to state political capital (and contributors) and Neal’s machine in Springfield and environs may be leveraged for Candaras’ bid for the esoteric office.  Both could be invaluable if she faces sharp opposition.

Thomas Moriarty was the last elected Registrar, but he retired four years into a six-year term that began in 2009.  Already the acting Registrar, Suzanne Seguin, is in the race echoing Laura Gentile’s successful campaign for Clerk of Courts.  Gentile served in the Clerk’s office before seeking and winning the elected job heading that office.  Former Chicopee mayor Mike Bissonnette, who is making rounds in Hampden County political circles, is also considering the job.