Briefings: Welcome to the Barbieri Coast…

UPDATED 9:19PM: For  response from Arise and news of McFarlin’s retirement and to reflect a correction. Barbieri is the third, not the second Police Commissioner of Springfield. 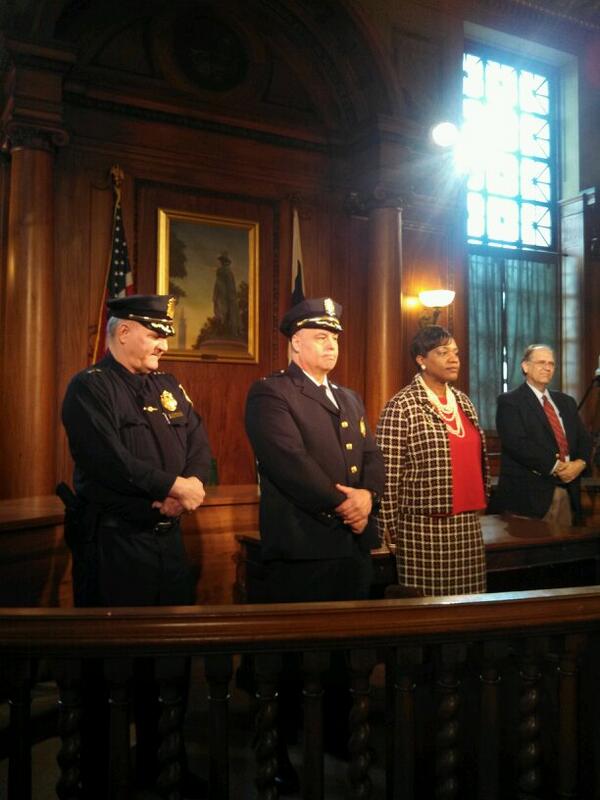 SPRINGFIELD—Backing off from the conventional wisdom, Mayor Domenic Sarno announced the appointment of Deputy Police Chief John Barbieri as the third Police Commissioner of the city. In a brief announcement at City Hall, Sarno, flanked by Barbieri, outgoing Commissioner William Fitchet and the mayor’s “interview panel,” formally began the transition process in the Police Department.

After weeks of speculation that Deputy Chief Robert McFarlin would be the new top cop, the announcement diffused some, though not all tensions among community groups that opposed his appointment. Sarno’s interview process had been heavily criticized for being completely out of public view and for being limited to only the department’s three deputy chiefs. The City Council also opposed the mayor’s warp speed selection process their efforts to reform police leadership by legislation.

Perhaps as a sign of its inability to pass reforms in time before the mayor’s final selection, the Springfield City Council cancelled a special meeting for Friday intended to pass first step of an ordinance that would revive the Police Commission. Abolished under the control board, its powers were transferred to a sole commissioner, including final say on discipline and promotions. Reinstitution of the Commission had become a hot item during last year’s city council campaign.

Sarno lavished praise on the incumbent, Fitchet, as well as Barbieri. Barbieri, who appeared on the verge of being overcome by emotion, gave brief remarks thanking both the mayor and his predecessor. “”I am humbled and honored to be selected as Springfield’s next police commissioner,” Barbieri said.

While McFarlin had been said to have the inside track according to countless sources, Barbieri’s name had come up in the past week as the New North Citizens Council endorsed Barbieri to be commissioner. The group’s support was not a surprise given the work Barbieri and New North had done to together, but the rather public statement was a new turn in the process.

Sarno cited Barbieri’s PowerPoint presentation during the interview process as among the reasons why he chose that deputy chief. Among other accomplishments were his work on the C3 program, the one that brought Barbieri to New North’s attention.

In response to a question, Fitchet said that he intended to retire May 31, the date Barbieri formally takes over. Barbieri is a resident of the city, having moved back after he became a deputy chief in 2008.

The process still had community groups leery, which expressed their opposition earlier this week. On Monday, Rev. Talbert Swan, Michaelann Bewsee, and Bishop Timothy Baymon, the heads of the Springfield NAACP, Arise for Social Justice, and the Greater Springfield Council of Churches, issued a scathing letter about Sarno’s selection process and the inclusion of McFarlin in it. There was a sense of relief among community sources, however. Despite wishing for a more public process, some community leaders were expressing sincere hope that Barbieri could clean up the city.

Following today’s news, Masslive reported that McFarlin had announced his retirement to give Barbieri the chance to appoint his own number two in the department.

Holly Richardson, President of Arise, said in an email she was pleased McFarlin’s selection did not occur, but added, “We are still, very disappointed that we are forced into another Police Commissioner, rather than being able to strengthen the Police Community Hearing Board to having hiring, firing and disciplinary powers.”  Nevertheless, she was hopeful that Barbieri, “will work hard to improve the Springfield Police Department’s accountability to/with our community.”

As for the Police Commission ordinance, Council President Michael Fenton, announcing the cancellation of Friday’s special meeting said in a statement to the press, “We hoped for more patience and transparency in this process, but the Council stands ready to work with our new Commissioner and congratulate him on his appointment.”

Fenton promised that the Council would continue to work on this issue to pass an ordinance that would take effect upon the expiration of Barbieri’s contract.

During the announcement, Sarno was asked what the length of Barbieri’s contract would be. The mayor said that it was the subject of negotiations between the city and Barbieri. Sarno quite bluntly sloughed off complaints about the process and not allowing the Council to act, asserting his right to act under the City Charter and ordinances.

But on balance, the reaction to the announcement was positive. Rank and file police and their union had stayed out of the selection process publicly, but sounded an eager note after hearing the choice was Barbieri.

In a statement, Joseph Gentile, the president of the IBPO 364, the Springfield patrolmen’s union, said his members looked forward to working with Barbieri and particularly noted “Mayor Sarno’s description of Deputy Barbieri as a ‘progressive and innovative leader.’” That “[m]akes us optimistic about the future of the Springfield Police Department.”