Despite Rocky Marriage, Allie and GOP Target Velis Together in 4th Hampden…

The relative calm of the race in Westfield to fill Don Humason’s rep seat suddenly ended this week as two hit pieces went out against Democrat John Velis, one of which has since been owned by Republican Dan Allie.  Not only did the tone change, but it came as Massachusetts Republicans and conservative groups upped their efforts to keep the seat in the GOP’s column, a tacit admission that they could lose.

The Bay State GOP and its satellite groups have been bolstering Allie, despite rifts that have erupted between Allie and the party in the past. The state GOP had sent out a fundraising email, touting Allie’s pledging “no new laws,” but much more has followed recently.  The Marlborough Republican City Committee has spent $5400 on canvassing for Allie according to a March 24 campaign finance report.  Republican figures across the Bay State have also been hustling to help Allie across the finish line.

Allie, a freshman Westfield City Councilor, did receive Humason’s endorsement, but much of the big time support has come from well outside of Westfield and indeed Western Mass.  In addition to the Marlborough Committee, a stream of donations have come from Eastern Massachusetts.  Velis has had donations from outside of Western Massachusetts, but nowhere near the volume that Allie has.

The 4th Hampden is the rare district in Massachusetts that consists of only and exclusively one town: Westfield. (via Google Maps)

The outcome of the April 1st special election for the Westfield-only 4th Hampden district will not meaningfully change the makeup of the legislature, but it could encourage unfavorable media “narratives” for the GOP.  However flawed such journalistic political tropes may be, the GOP may be forgiven for avoiding them, especially as last week’s GOP convention remains under a microscope.

The nastier turn began last week with a packet being sent out that questioned Velis’ residency—from nearly twenty years ago.  It said Velis was not a lifelong resident of Westfield because his family briefly lived in Longmeadow where he attended high school briefly. Velis is a graduate of Westfield High School.

This week, however, a mailer without an authority line went out to Westfield households attacking Velis for, among other things, not taking right wing anti-tax organizations’ pledges and calling those groups special interests.  It also hit Velis for receiving support from the Massachusetts Teacher Association, which the mailer claimed requires a commitment to raising taxes.

Although the mailer was anonymous, Allie admitted to sending it on Bax & Obrien’s radio show on WAQY.  Allie defended his decision to mail it anonymously as state law does not require one, which a spokesman at the Office of Campaign & Political Finance confirmed.

A State Teachers Union Federation has endorsed Velis despite not agreeing with their positions that relate to increased revenue. (via Facebook/MTA)

As for the teachers, the Velis campaign told WMassP&I that he did fill out their questionnaire, but Velis rejected its tax questions.  Velis produced the questionnaire at the March 27 debate to prove he did in fact reject the MTA’s position on taxes.  Contra the mailer and Allie’s claims, the MTA endorsed Velis despite opposing tax increases.  Bob Duffy, an MTA spokesman, said the union considers candidates overall and no specific item is a “litmus test,” necessary to getting the teachers union’s support.

The MTA has sent out mailers on Velis’ behalf, but so far their effort remains dwarfed by the Marlborough Republican City Committee’s spending.

Allie has highlighted anti-tax groups’s support and simply described them as taxpayers (to block Velis’ charge that they are special interests), but many are not merely watchdogs.  Some, like Citizens for Limited Taxation and Government, has long been pushing only a conservative vision in the area of governmental fiscal management. CLT is most well-known for Proposition 2 ½ passed in 1980 which affects local property taxes. Since then it has engaged continuous and repeated efforts to push down the commonwealth’s tax rates without any regard to the impact on education and local aide, which both Allie and Velis seek to raise.

Barbara Anderson is the Executive Director of CLT (via cltg.org)

CLT rather glibly says tax cuts amount to a pay increase implying zero other consequences whatsoever.   Except an alcohol tax repeal, in Massachusetts voters have rejected all of the ballot questions the group has supported over the past 10 years.

Project Vote-Smart categorizes CLT as “conservative” and it seemingly only endorses Republicans.  A 2007 New York Times article describes the group as affiliated with Grover Norquist’s Americans for Tax Reform, also widely viewed as a conservative organization. ATR has also advocated cuts to government revenues without regard to the impact on health, education and veteran’s programs, among others.  CLT has on at least one occasion branched out from taxes.  In 1988 CLT backed the unsuccessful effort to repeal Massachusetts’s prevailing wage law, which applies to public contracting jobs.

Observers of Massachusetts politics describe CLT as a very small group, but one that wields considerable influence through its efforts to influence state revenue laws through the ballot process.

The group has been unafraid to consort with all parts of the political right in Massachusetts.  Its staff have appeared on radio shows produced by Mass Resistance, an anti-gay group which the Southern Poverty Law Center’s says is an active anti-LGBT group.  In an exchange with Blue Mass Group posters in 2009, CLT head Barbara Anderson disavowed social conservative positions, but nevertheless defended CLT’s interactions with Mass Resistance.

Social conservatives have also been a big part of Allie’s fundraisers as well.  Although Allie attacked Velis for receiving a modest sum from unions, Allie has gotten a great deal of money from the Bay State’s social conservatives. Many of their positions on LGBT issues, for example, have since long fallen out of vogue here.  Chanel Prunier, a National Republican Committeewoman and an executive director of the Coalition for Marriage, an anti-marriage equality group, notably contributed early to Allie’s campaign.

The social conservative wing of the Massachusetts GOP remains a force even though many of the party’s nominees have taken moderate positions.  Prunier and many, though not all, of her ilk have coalesced around likely gubernatorial nominee Charlie Baker, despite his support for marriage equality and abortion rights. Still she has a reputation for strident social conservatism such that David Bernstein of Boston Magazine said she “really cares about gays and fetuses.”  Prunier did briefly lead a charge against Baker’s lieutenant gubernatorial candidate Karyn Polito after the latter ostensibly disowned her opposition to same-sex marriage.

WMassP&I contacted Allie by email for this article, but received no response as of posting time.  Earlier this month, he was invited to sit for an interview.  Among those things asked was whether he shared with Prunier and others’ views on LGBT rights and his relationship with the Republican party.

Prunier is also listed as in charge of operations at the Massachusetts Indepdent PAC for Working Families (MIPAC).  At first blush, the group’s sounds innocuously similar to the countless pro-labor PACs that dot the nation. However, it like The Coalition for Marriage, has endeavored to protect “traditional families.” 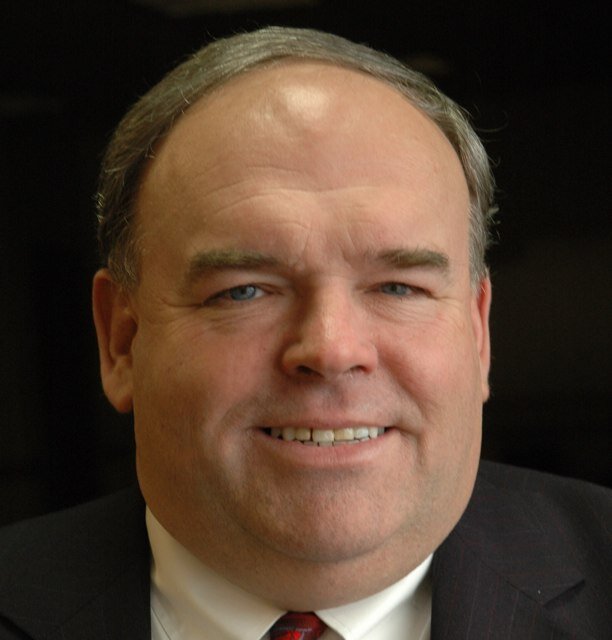 Both MIPAC and the Marlborough Republican committee have been accused of colluding in the past as well.  In 2012, the then Democratic Party Chair John Walsh filed a complaint with OCPF alleging improper coordination between the two entities.  At the time, Walsh alleged that several Republican representatives across the state were getting backing from the Marlborough Committee and its contributors. When contributors and Marlborough maxed out to the candidates, MIPAC picked up the slack.  The complaint was ultimately dismissed without a finding.  An OCPF spokesman indicated that the upshot was that there was nothing illegal about individuals outside any given district contributing.

Allie did not always have such a good relationship with all wings of the Republican party.  Prior to the 2010 election, Allie, then only an activist in Westfield wrote a lengthy email “manifesto” about the state of the Massachusetts GOP and the impact that the tea party and to a lesser extent moderates were having on the party.

In the emails, Allie excoriates the state party for being “a poor opposition party” but also turns on the hard right, too.  Allie sought to end political groups such as the Greater Springfield Tea Party, which he called “creatures” of Kyle Burns.  Burns later ran for City Council in Ward 5 in Springfield losing in the preliminary.  In an email to WMassP&I, Burns said he supports Allie’s election, “I forgive him 110%.”

The emails, obtained from a Western Massachusetts Republican source, read like a who’s who of Republican activists in the 413.  Among those to whom it was originally emailed were notable elected figures like now-Holyoke Council President Kevin Jourdain and Agawam City Councilor Cecilia Calabrase.  Jourdain said he did not recall Allie’s emails.  “I am listed on numerous politically active people’s email chains.  Some of these I read, many I do not,” Jourdain said in an email.  He declined to comment on the email’s content, but did back Allie in the Westfield special election.

Among those mentioned in the email Allie said he needed to contact was Donald Blais, a Palmer Town Councilor.  Blais said he had never been contacted by Allie either in 2010 or since.

The emails are not scandalous, but they do illustrate Allie has not always gotten along with the party.  The emails border more on the odd than damning, with plans to contact Christians as a “test,” as opposed to others like one individual’s religious views Allie says are “Dances naked around fire.”  There are loopy statements like, “My spiritual gift is prophesy [sic]. I have no control over it. Many times you will hear me say, ‘My work is so secret, even I don’t know what I am doing.’” These statements and Allie’s criticism of several area Republicans may be among the “bumps” Burns said Allie had in his career.

Other Republican figures appear less forgiving.  Mike Franco, a local arch-conservative icon and perennial candidate from Holyoke who last ran for State Senate, has mocked the emails, which he also appears to have, and blasted Allie online.

The Massachusetts GOP’s ride to Allie’s rescue comes in context of the party’s convention last weekend.  Baker became the party’s de facto nominee after he and no one else secured the 15% of convention votes needed to advance to the September primary.  However, Mark Fisher, a tea party-backed candidate, claims that he in fact did receive the votes needed to get on the ballot. Fisher is expected to sue the Mass GOP over the matter.

Pioneer Valley Republican sources say, in contrast to even staunch conservatives like Prunier or Paul Ferro, who heads the Marlborough Republican party, Allie was backing Fisher.  The source, which asked for anonymity because they are active in GOP party politics, said Allie outwardly promised Baker’s camp his support, but worked “behind the scenes” for Fisher. That means it is at least possible Allie contributed to the black eye the convention has become if by bucking the establishment and not by playing with the vote totals.

Whether Allie influenced the undecided outcome of the convention is a thing of speculation, but if it added to the coming legal turmoil the party faces perhaps GOP’s helping Allie may merit some introspection.  Allie’s support in the state GOP includes several factions, but that could be as much due to the party’s fear of losing the seat as it is that Allie tows the GOP establishment line.  In any case it adds another layer onto the race as Allie and GOP lash out at Velis in the waning days of Westfield’s special election.