Endorsements on Parade: Whipping up Support for Velis…

This Tuesday, April 1st, Westfield faces a choice that is no laughing matter.  It will choose its next representative in the Massachusetts General Court, filling the seat Don Humason vacated to become State Senator.  While Humason still represents Westfield in the Senate, his constitency now includes many other nearby cities and towns. The House seat, the 4th Hampden, is Westfield and Westfield alone.

Westfield has a lot of needs that require serious and thoughtful representation.  It is not just local business owners and longtime residents.  It is newcomers, young families, students and an oft-overlooked poor as well.  The city needs representation that is not one dimensional and is able to consider, if not always please, the broad cross-section that makes up the Whip City.

Two individuals, Dan Allie and John Velis, are running for this seat.  Allie, who just joined the City Council in January, and Velis, an attorney who served in a JAG unit in Afghanistan, have jousted in debates, held signs, knocked on doors and more in a campaign that seemed a bit more like style than substance.  Westfield has a limited range of debate on many issues, but even with that proviso, the choice is quite clear.  John Velis should be the next representative from Westfield.

Under normal circumstances, with Allie declining our invitation to interview and the hard-to-decipher differences between the candidates on issues, we might be compelled to decline to endorse.  However, in the totality of this race, character has become a factor. We may have rarely, or even never at all agreed with Humason and Mike Knapik, but we felt they were generally good-natured, fair individuals and earnest and informed civil servants. Their party’s standard bearer in this race is not, Humason’s support notwithstanding.

Velis calls himself a “conservative Democrat.”  Allie has tried to brush this off as meaningless rhetoric, but we know what that means.  It means a greater skepticism of spending and government initiatives. It means a general allergy to taxation.  It means, frankly, that Velis is not fully in sync with our beliefs.  However, Velis is not a rigid ideologue either, as Allie, with script in hand, has plainly shown himself to be.

To illustrate, we note Velis’ support for an increase in the minimum wage.

This point is crucial, because it shows a fundamental understanding and awareness that there is more to Westfield than those who usually get attention from the political class.  Westfield is also students who could use the help to pay for college or and it is poor families who face higher costs for everything while their wages remain stagnant.  Velis has promised to keep his ear to the ground in Westfield to determine the city’s needs.  This compassionate and analytical approach is what Westfield needs right now and we are confident that Velis will apply it to any issue, not just the minimum wage.

Dan Allie talks a lot about taxes in the abstract, but knows little about items that affect Westfield upon which the legislature is acting now. (via Facebook/Allie campaign)

Allie, on the other hand, has remained doctrinaire and surprisingly clueless about the happenings on Beacon Hill beyond his obsession with taxes.  Yes, both candidates have condemned the financing in last year’s transportation bill, but only one, Allie, has pledged himself to a third party’s ideas on the subject regardless of how Westfield residents might feel about it. Perhaps, given the choice, Whip City residents might be okay with a higher burden if it meant more expeditious repairs to the Pochassic Street bridge or maybe a third crossing of the Westfield River.  These could be net positives for the city, but if funded through new revenue would be precluded by Allie’s fealty to Eastern Mass-based entities.

We forgive Allie his old, bizarre emails we published this weekend and we know politics is a contact sport.  But, the overzealous, flawed and desperate attack he launched against Velis on taxes and the teachers’ endorsement betray a lack of integrity.  In an anonymous mailer, Allie claimed Velis promised to raise taxes. When Velis proved otherwise, Allie could only reply with gibberish about Lincoln and Mr. Magoo. Velis has demonstrated he would stand firm if he disagreed with political allies. If anything, Allie’s pledges are a promise to cave to his political friends and money men.

Add that to Allie’s lack of sophistication on real world bookkeeping and current legislation affecting Barnes Airfield and Veterans, it suggests a craven desire to join the ranks of ideologues on Beacon Hill, even if his city is left to whither 90 miles west. A smile back home and an ideological primal scream in Boston does not a representative make.

Velis, like Allie, is a veteran, but it is not just something thrown out as part of resume.  We credit any veteran for their service, but Velis is the rare one who has actually explained how that makes him the best man for the job.  In Zabul province in Afghanistan’s south, Velis worked as a mediator and negotiator among warring factions. He tried to bring the parties to a point of trust such that differences could be solved by an institutional process and not acrimony and violence.  While we in Massachusetts may not have reached the point of settling our political disagreements with instruments of death, we do need serious leaders who will sit down with those they disagree and negotiate.

We are not naïve. We do not expect Velis to win the Nobel Prize or solve all the problems facing our commonwealth.  But he may add something to the political vortex at the State House and, perhaps, deliver the Whip City more (not just monetarily) than it sometimes gets out of Beacon Hill. If nothing else, the election comes as a time of great political upheaval across Hampden County. With so many changes in representation imminent, both locally and in Boston, Velis will be well-positioned to at least try to put his skills to good use for Westfield, Western Massachusetts and the Commonwealth as a whole.

This Tuesday, April 1st, we urge the voters of Westfield to send John Velis to Boston to fill out the rest of this term. 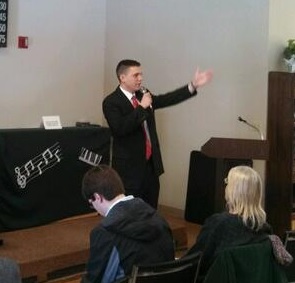