Analysis: How the Westfield Was Won…

UPDATED 4/5/14 1:28: For clarification of third parties impression of the race. 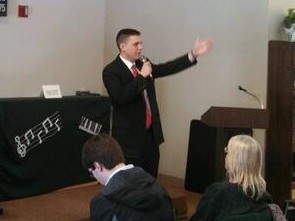 WESTFIELD—In a blistering loss for the Massachusetts Republican party, Democrat John Velis defeated the GOP’s Dan Allie in a special election to fill the 4th Hampden seat vacated by Don Humason last year. Humason resigned to take Mike Knapik’s seat in the State Senate, which the latter vacated after taking a position with Westfield State.

Shortly after the polls closed here at 8 p.m. Tuesday night, word got out that Velis had succeeded in his endeavor that began shortly before Humason was elected to the State Senate.  Unofficial results showed Velis overcame Allie by a 53-47% margin amid 21% turnout, a decent number for a special election hilariously penciled in for April Fool’s Day. Westfield election officials are expected to review results Friday.

The victory attracted national attention as Democrats in Massachusetts and Alabama swept special elections to fill legislative states in those two states. All had been previously held by Democrats except the Westfield-only 4th Hampden.

“I particularly want to recognize Representative-Elect John Velis (D-Westfield) for his historic victory,” Michael Sargeant, the Executive Director of the Democratic Legislative Campaign Committee said in a statement election night.  The DLCC works to elect Democrats to state legislatures.  Sargeant also noted that Velis took the seat after Republicans held it for decades. “Mr. Velis will be a strong advocate for Westfield and for all of Western Massachusetts on Beacon Hill,” he added.

Velis got congratulation calls from countless state political figures, but in the context of limited outside support. Judging by the chattering on liberal sites like Daily Kos and Blue Mass Group, few gave Velis much chance of winning.  Most of the local grassroots and state Dems may have seemed most intent on pulling Rep. Jason Lewis over the finish line in a special senate election to fill US Rep. Katherine Clark’s old seat.  National groups tend to reserve interest in local races except where legislative control is at stake.

By contrast, several Republican organizations in the state got involved dumping thousands of dollars in resources and engagement. Only the Massachusetts Teachers Association ponied up outside resources of similar scale on Velis’ behalf. The distance some groups gave Velis may have limited the effectiveness of some partisan attacks, but that distance seemed greater than necessary to some.

In addition to Lews and Velis’ elections, Roselee Vincent, Dan Ryan and Dan Hunt won special elections to fill empty seats.  Only Vincent and Ryan faced Republican opposition, but both easily defeated their opponents.  A Democratic primary to fill the seat left vacant by the expulsion of Rep. Carlos Henriquez yielded a victory for Evandro Carvahlo who will likely win the April 29 general. 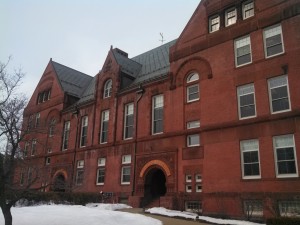 Commenters on Daily Kos opined that Velis seemed weaker since Allie held elective office. While the seat was winnable for Democrats, most election watchers probably only saw the atmospherics.  Between Westfield’s proclivity for Republican legislators and typical Democratic drop off, from 40,000 feet, it is not difficult to see why most would assume Allie would win.

That is not to suggest that the state party was dismissive of the race. Rather the point is that by virtue of their lesser presence, they may not have seen the dynamics up close. Indeed, by some accounts, Democratic resources were available for the 4th Hampden, but were not used, perhaps due to crossed signals among some people.

With the state party and the grassroots less present, many may have missed factors favoring Velis.  Allie was not a strong candidate, who entered the race after other GOP took a pass.  Between his complicated relationship with area Republicans and apparent illiteracy on non-tax issues, his campaign failed to gain enough traction. Only outside money from social conservatives and Marlborough Republicans in the last few weeks really made Allie viable and he stumbled when confronted about his campaign finance reports and when his attacks on Velis were debunked.

Aside from focusing on taxes, Allie tried to make the race almost entirely about Velis’ being a Democrat.  However, in the face of Velis’ well-honed hometown boy campaign, partisan labels were an insufficient disqualifier for Westfield voters who are not universally repulsed by Democrats.

In addition to voting for Democratic presidential nominees for 25 years, Westfield voted for Deval Patrick over Kerry Healey in 2006 (before voting for Charlie Baker in 2010). Former US Representative John Olver consistently won Westfield in his races for Congress. Only twice did the Whip City vote for the Republican over Olver and on one occasion, the Republican was Westfield’s former longtime rep.

Add to that Westfield is home to one of the region’s notable political dynasties. The Sullivan family there has long been a political presence in the city. Brothers Brian and Kevin are a city councilor and school committee member respectively. Another brother Richard was mayor for fourteen years and has served in Gov. Deval Patrick’s cabinet since 2007. Yet another brother Bo cohosts a popular radio show.

Although one of the US House’s most liberal members, John Olver only lost the the Whip City twice across 11 elections from 1991-2010.

Westfield is still a conservative town, particularly so during lower turnout elections. For example, many here have strong 2nd Amendment feelings, perhaps because so much of the city is rural while urban gun violence is almost unheard of. But its conservatism exists more in its resistance to change than a reading on the right-left spectrum.

Another factor that overplays Westfield’s status as a Republican town is a perception longtime officeholders were invincible. Rather they avoided challenges in big Democratic wave years.  Mike Knapik was only challenged once after his first senate election in 1994. Humason’s experience in the House seat Velis won was similar. Neither Knapik and Humason were paper tigers and both crushed opposition. However, competition existed so rarely it is difficult to know whether that speaks more to Westfield’s partisan preferences or to Knapik and Humason’ personal political skills.

Fmr. Sen. Michael Knapik was by far a moderate Republican. (via wikipedia)

All of this overlooks several advantages Velis had himself. With Barnes Airfield, Westfield is very hospitable territory to veterans and Velis had a story to tell about it. Velis’ uncle, Peter, a former Superior Court judge and Republican rep, also gave the younger Velis, running as a Democrat, entre to broader political circles in Westfield. Velis may have had some back channel support from the Knapiks too, particularly Mayor Dan Knapik, who supposedly disagreed some of Allie’s city budget critiques.

Quantifying how much other factors affected the outcome is harder. Velis ran as a “conservative” Democrat, ostensibly out of disgust for the direction of the national GOP. How much that actually moved natural Allie or Republican votes into Velis’ column is unkonwn.  Another dimension difficult to measure is if the changing face of Westfield is wearing away its conservative bent. As the city has grown, it has become (marginally) more diverse and has welcomed young families.  The city has sought to embrace students more to build up downtown. These groups may push the city ever so slightly to the left.

Velis had one more advantage that jived well with his homespun image. A relatively young 35, many of his peers may subscribe to political indifference and may not show for presidential elections, nevermind those suspiciously scheduled on April 1st. Velis, being well-liked and a well-known in High School, could draw in some of those elusive Generation Y voters.  Campaign staff say Velis’ phone was blowing up with text messages from friends and old acquaintances inquiring where to vote. This gave Velis a higher vote floor than most Democrats in Westfield probably have.

Patrick Leahy, a Holyoke Police Officer and Democrat candidate for State Senate in the very district Humason holds, became a frequent presence toward the end of the campaign. Of course Leahy stood the gain by being in Westfield, bolstering his campaign. Both Leahy and Velis share a political consultant, Ryan McCollum, owner of RMC strategies.

Even as Velis awaits word on when he will be sworn in to the legislature, the planning has begun for the November race. Allie had long indicated he might run again regardless of the outcome and Masslive appeared to confirm he will.  Velis “worked exceptionally hard and it showed,” Kevin Sullivan said in an email. “Having said that, he will have to work just as hard to keep the seat in November.”

Turnout was low, but not depressingly so in Westfield Tuesday. It was still below Westfield’s municipal turnout last year and its typical turnout in gubernatorial cycles. Somewhere between 12,000-13,000 voters will likely show in November compared to about 5000 on Tuesday. Higher turnout can favor Democrats to a point, but there is no guarantee Westfield will be voting for a Democrat for governor so Velis cannot rely on coattails in the 4th Hampden.

“By the end of the night they were already mapping out strategy and analyzing the numbers to see where he had to work harder,” Sullivan said. Indeed, even if Allie ends up being Velis’ only opponent, the ball game will be different.  Not only will the electorate will be different, but Velis will have a voting record to cite and/or defend.

As the gubernatorial race has geared up, the Massachusetts GOP has been licking the chops not only at the governor’s office, but also in hopes of scoring some down ballot victories.  The consensus so far suggests there will be little upon which they can feast, except in the marginal districts, like Velis’ seat.  On the other hand, the GOP put a lot into propping up Allie this time and came up short. It remains to be seen if they will do it again. There may be stronger Republican candidates to focus on in November.