Briefings: To the Senate, Through the Chair, May it Please the Court… 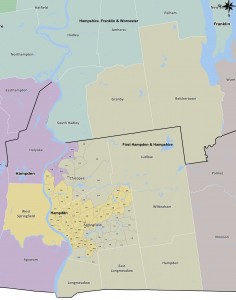 The endorsement game picked up a bit more this week as two candidates in the 1st Hampden & Hampshire Senate district secured new support from area electeds. Set against signs that the race has ventured into the political meta, the endorsements cap a week of news in what has quickly shaped up to be one of the marquee legislative elections in the commonwealth this year.

Both Eric Lesser, a former White House aide from Longmeadow, and Aaron Saunders, a Ludlow Selectman, announced endorsements today from county and town officials respectively. While varying greatly in size and scale, the new support for each candidate were a welcome addition to both campaign. Of course, what real dividends endorsements pay must be scrutinized.

The 1st Hampden & Hampshire Senate District consists of about a third of Chicopee and Springfield each as well as Belchertown, East Longmeadow, Granby, Hampden, Longmeadow, Ludlow and Wilbraham.


Also in the race are Ward 7 Springfield City Councilor Tim Allen, Ludlow School Committee member James “Chip” Harrington and Thomas Lachiusa, a counselor at the county jail. Debra Boronski is the only Republican in the race.

John Flynn, the chair of the Hampden Select Board, endorse Saunders on the strength of his experience as Senator Gale Candaras’ former chief of staff. Candaras is retiring from the 1st Hampden & Hampshire seat to run for Registrar of Probate. “He understands the challenges our communities face because he has lived here and seen them first hand,” Flynn said in the statement. The support from a fellow selectman is a much-needed boost for Saunders who has not yet been able to translate his time as Candaras’ right hand man into support from other elected.

No additional information about the electoral or political history of Flynn was available as of posting.

Lesser, for his part, got the endorsement of Hampden County Clerk of Courts Laura Gentile, a resident of Springfield’s East Forest Park and Lesser’s second major get in the district’s largest city and the backyard of Lesser’s rival Allen. Per the release, Gentile will be holding a meet and greet for Lesser this month.

While Gentile lost Springfield, Chicopee and Ludlow (all communities where her rivals in the 2012 Democratic primary lived) she prevailed overall on a plurality in a tense election. She ran on her credentials as both an attorney and veteran of the clerk’s office, which appealed to the vast majority of the cities and town in the county (and many of the precincts in Springfield including several in Ward 7). Gentile faced no opposition in the general. Consequently, her endorsement may be less of a blow to Allen than the Hursts’ may have been, but being a county office it might translate more outside the city.

Gentile, who served as an assistant clerk for fifteen years prior to winning the top job, has developed a reputation of advocating for the needs of the court house and Superior Court generally, which her office serves. She endorsed Lesser in large part because of his commitment to reduce funding disparities from which Hampden County suffers when it comes to public safety and judicial resources. 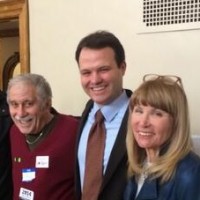 Lesser noted that despite Hampden Superior Court having the second largest case load in the commonwealth, the Hampden County district attorney’s office ranks sixth out of eleven DA offices. Only Boston’s Suffolk Superior Court is busier. “Western Massachusetts continues to be denied its fair share of resources, resulting in an over-clogged court system and a lack of adequate access to justice,” Lesser said in his press release pledging to sponsor legislation, if elected, to correct such inequities.

However, Gentile went further and praised Lesser’s decision to return to Western Massachusetts.

“Eric is a dynamic and independent leader who offers a much needed fresh perspective on problems that have plagued our region for decades,” Gentile said. She noted that Lesser chose to return to the Pioneer Valley, “raise a family, and work to improve life in the community that gave him so much.” She expressed a hope that others of his generation would follow his example and do the same.

The new endorsements come amid further signs the race is reaching a stride early on and moving beyond more nebulous stages. Despite never holding elected office before, Lesser appears to lead in the endorsement game. All of the candidates kicked off their campaigns with strong support in their bases, but it obvious now their reach is extending further afield…for some a bit more than others.