UPDATED 5/29/14: For updates, including the state AFL-CIO’s endorsement on May 28. All such references to the AFL-CIO are new and remainder of material dates to May 20 publication date.

Although its counterpart has received a great deal of attention so far, the 2nd Hampden & Hampshire has long promised to be a key races in an election season already brimming with competitive contests. After a fairly quiet period since kicking off in March, a pair of labor endorsements suggest that the race is queued up to live up to expectations.

Last week, Patrick T. Leahy, a realtor, Holyoke patrolman and brother to an at-large city councilor, announced he had secured the backing of Local 1459 of the United Food and Commercial Workers. On the heels of Local 1459’s letter of support, Leahy earned the endorsement of the Professional Firefighters of Massachusetts, the state umbrella group for the International Association of Firefighters Bay State locals.

Leahy announced Wednesday May 28, that he had also secured endorsement of the state’s top labor federation, the AFL-CIO of Massachusetts.

Leahy and Christopher Hopewell, a Holyoke Fire Commissioner, are vying for the Democratic nomination for the senate and with it the right to take on Republican Sen. Don Humason. The 2nd Hampden & Hampshire district includes Agawam, Easthampton, Granville, Holyoke, Montgomery, Russell, Southampton, Southwick, Tolland, Westfield and four precincts in Chicopee.

After Mike Knapik resigned to take a job at Westfield State, Humason won the seat in a special election last Fall and is running for a full term. The race could be partly defined by how the gubernatorial race gels. With Democrats months from picking their nominee and the political condition of likely Republican nominee Charlie Baker an unknown, the broader political environment remains an X factor.

As a public safety employee himself, Leahy expressed gratitude for the PFFM’s backing. In his statement, he said, “It makes me proud that my fellow brothers and sister in public safety have faith in my candidacy and are willing to support me in this important campaign.” 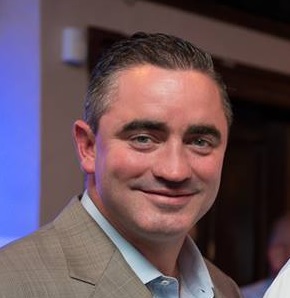 Ed Kelly, the PFFM’s president highlighted Leahy’s experience as a first responder as a factor in their endorsement. “I know he will be a strong voice and leader for the issues that affect not only firefighters but working people throughout Massachusetts,” Kelly said by way of Leahy’s statement.

In Leahy’s endorsement release, dated 12 days after the PFFM’s, Steven Tolman, the President of the state AFL-CIO echoed Kelly’s words, noting Leahy’s membership in the International Brotherhood of Police Officers and his time in law enforcement. “[W]e are confident he will bring that experience to the State House as a strong and steadfast voice for working families,” Tolman said.

Endorsements come with the proviso that there is debate as to their effectiveness and this is particularly true among unions in the Valley. Indeed, some say such political testimonials have little value, but in fact a case by case approach is most appropriate. The backing of these two labor groups beg for a wait and see approach as both have the wherewithal to play a big role if they so desire.

UFCW Local 1459, which represents workers in both the private and public sectors across the region, could potentially leverage its reach among workers in the district to Leahy’s benefit. Indeed, 1459’s president Daniel Clifford lives in the district. Its Secretary-Treasurer, Rick Brown, a former head of the Pioneer Valley chapter of the state AFL-CIO, may also have pull, perhaps beyond UFCW members.

The PFFM’s endorsement is noteworthy for two reasons. While union endorsements in Democratic primaries are not rare, they tend to happen when one candidate has either a strong pro-labor record or a personal history with labor. Here Leahy has no such record, and while a public safety worker, probably had to woo PFFM leadership to get their backing. The other reason is that the PFFM can swing a large bat if it wants to as it showed during US Senator Elizabeth Warren’s 2012 campaign.

The PFFM is unlikely to wrap Leahy’s face around a motor coach. However, their financial resources and political clout (for better or for ill firefighters are among the most influential government employees in the state) could be brought to bear in Leahy’s favor, in the primary or, more likely, the general.

It goes without saying that in a place like the Bay State, the top statewide labor federation is a force to be reckoned with.

While those backing Leahy have tried to play up the endorsement in light of his Democratic primary opponent being a fire commissioner, Hopewell himself brushed off the endorsement. “I was not part of that conversation with the PFFM’s leadership regarding their decision,” Hopewell emailed, adding he was not invited to speak with them either.

Hopewell said that whatever the PFFM’s decision he was proud of his work on the Fire Commission, but he also touted the endorsement of Hampshire County Sheriff Robert Garvey. In his statement of support, Garvey highlighted Hopewell’s past work in corrections and current employment in emergency medical services. He is currently a coordinator for EMS at Cooley-Dickinson hospital.

Whatever the impact in the primary, the endorsement is still huge, one whose full dividend may be paid if Leahy wins the Democratic primary. Leahy boosters also note that Humason’s father served as a firefighter and public safety unions still often endorse Republicans, although the PFFM is probably to the left of the IAFF nationally. Still, choosing the Dem—so early at that—essentially confirms a union like the PFFM will not defer to the family of one of their own.

Endorsements like these are usually courted, and so it goes without saying that Leahy did the same. However, unlike the PFFM, which fit well with Leahy’s time as a public safety worker, the AFL-CIO’s endorsement may indicate a intent by labor to up the ante in legislative races. It may mean labor is prepared to take fight the fight even to the island of territory the Mass GOP has the State Senate (4 of 40 seats), although again it remains to be seen how they deploy resources in this senate race.

But taking on these fights, even for the lopsided Senate, may be especially important as the House has been less labor friendly of late. It has fallen to the State Senate and outgoing governor Deval Patrick to block more radical proposals labor opposed. The House is not undergoing any transition of leadership, bot the governor’s office and the Senate presidency are.

Kelly’s quote and UFCW 1459’s letter of support, both of which mention working families, imply the broader rhetoric of organized labor. Perhaps with the AFL-CIO, PFFM and UFCW Local 1459 at his side, Leahy will be well-positioned to gather even more support within the Massachusetts labor movement.