Executive Privilege is a series on the 2014 race for Attorney General and other Constitutional offices in Massachusetts. 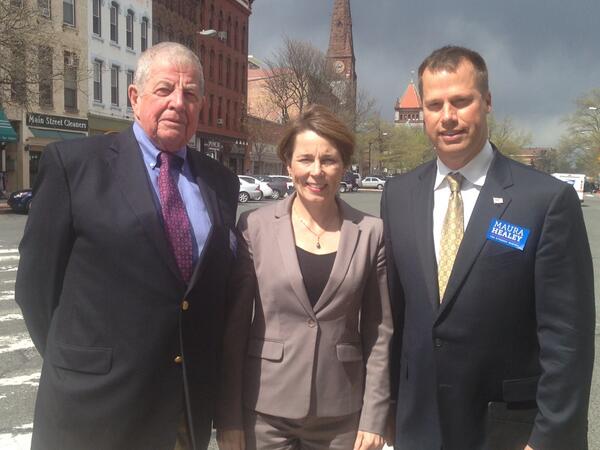 There is little doubt that the statewide race dominating Massachusetts politics is the contest to replace retiring Governor Deval Patrick. On the Democratic side, there is intense jockeying ahead of the convention, which seems destined to cull some of the herd. Meanwhile, Republicans have found a more time-tested means to slim the field to one candidate: digesting each other. However, there are critical races down ballot as well and Western Mass may be a key battlefield.

Maura Healey, a former Deputy AG, and Warren Tolman, a former state senator and former gubernatorial candidate, are vying for the Democratic nomination for attorney general. The office is open as incumbent Martha Coakley runs for governor. John Miller, a Winchester attorney, is the endorsed GOP candidate, but whether he makes the ballot is in doubt.

For many of the down ballot offices, it is an open question whether the GOP will field a candidate. Again, the convention could be a factor for Democrats’ nominees in those race. However, for the Attorney General race, the Democratic convention at the DCU center in Worcester seems destined to be little more than a bit stop. Instead, the race has become more broadly geared toward the larger electorate that will show at the September primary.

Both campaigns appear keenly aware their audience is beyond the convention. Both have showcased endorsements, and they have also been openly airing policy positions, often in detail. It is easy to see why they’re looking past the convention. Only the votes of 15% of the delegates at the convention are needed to secure a spot on the ballot. In a two-person race with well-organized campaigns like Healey & Tolman’s, that should be much easier than the jam-packed gubernatorial race for example.

As far as Western Massachusetts is concerned, however, Healey has made greater strides in both visibility and, by some measures, endorsements so far. In a four day period, Healey made two trips to the region with stops in Springfield, Holyoke and Northampton. In the process, she picked up three endorsements, including a few from the region’s mayors.

Healey’s swing through the 413 began with a meet and greet at the home of Springfield at-large Councilor Kateri Walsh. The event, organized by several Springfield activists,* was an opportunity for Healey to reach out to delegates and voters in Greater Springfield. Following the stop in Springfield, Healey moved on to Northampton to march in Northampton’s Gay Pride parade with Senate President-in-waiting Stanley Rosenberg, who endorsed Healey in March. 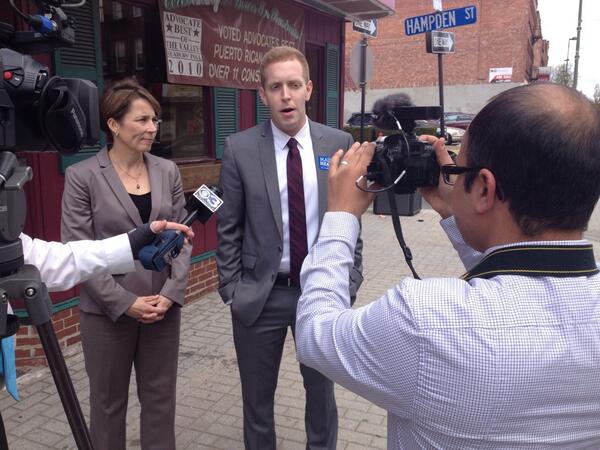 Together, the Hampden County events provided Healey with an opportunity to raise her profile in a place that has grown receptive to a message of installing a professional for specific, if elected, functions.

Mark Mastroianni, the incumbent Hampden County District Attorney, who is slated for a federal judgeship, won his election, in part because he made a forceful experience argument as a criminal attorney. Likewise, Laura Gentile, the Clerk of Courts for Hampden County, played off her experience in that office during her election. A theme of Healey’s, having worked as a bureau chief within the AG’s office, has been one of professional expertise in running the “the people’s law firm.”

The full extent of Morse’s endorsement from a grassroots perspective is hard to fully measure (although he probably ran one of the region’s most effective municipal campaigns last year). Lately, Morse has been playing up part of his identity his opponents have historically tried to use against him: his youth. Added to his LGBT identity credentials, which Healey shares, he might become a helpful surrogate for Healey in some pockets of Hampden County, or at least able to aid her beyond the usual crowd of insiders. 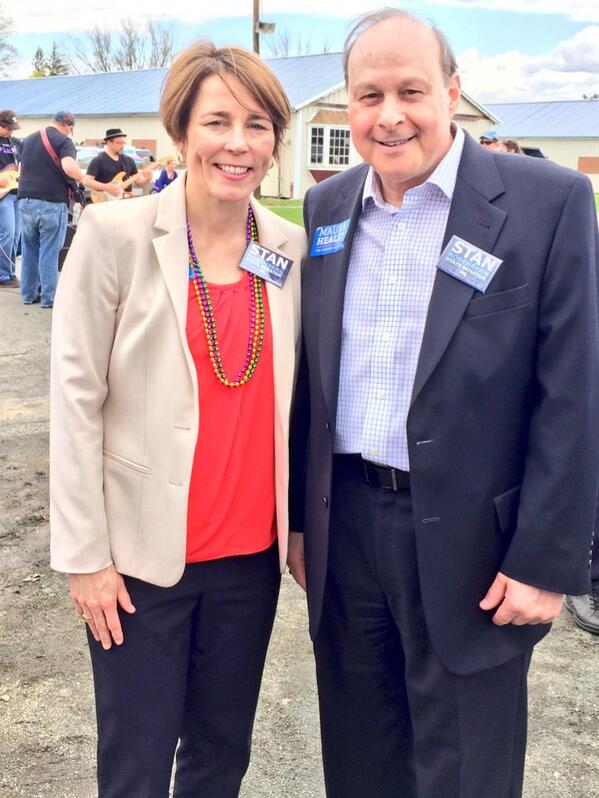 Breaking into Greater Springfield/Hampden County is not always as easy as it could be for a political newcomer like Healey. With the region’s oft-ultra cliquey politics, Tolman, via the connections built up from his time in the senate or via his brother (the head of the state AFL-CIO), might have been able to get past the East-West divide of the state more easily. At the same time, the entire area senate delegation has turned over once or twice since Tolman left the senate and Healey’s anti-casino position has legs in the Valley.

In Hampshire County, in addition to Garvey, Narkewicz and Rosenberg, Healey has the support of Northwest District Attorney David Sullivan. Whether it is enthusiasm for making Healey the first LGBT AG or her stance against casinos (something that also endears her to many in anti-casino quarters like Longmeadow), Healey staked a claim in the politically active and motivated college towns.

That may mean more than marching in the Pride parade, however important that type of visibility was. Beyond being a useful wallet for non-establishment local candidates, the Amherst-Northampton belt is a well of potential volunteers who can flood out into the 413, knock on doors or phone bank for Healey.

For the same reason, Berkshire County could also prove critical, where Healey concluded her Saturday at a house party. The activists there, which was once the home of Republican congressman Silvio Conte, have turned that region into one of the state’s bluest, a firepower just as helpful in a primary. Indeed, Healey has secured the support of Rep. Tricia Farley-Bouvier of Pittsfield.

The primary is a long way off and the convention, while unlikely to be determinative, may reframe the election. But so far, Healey has played this game as well as a longtime pol like Tolman.

*Full disclosure: WMassP&I Editor-in-Chief Matt Szafranski was one of the organizers of the event in Springfield.