Executive Privilege: Single Payer and Care…What the Doctor Has Ordered…

UPDATED 5/16/14 2:40PM: To reflect a correction that he grew up in Connecticut, not, as a previously posted, in Pennsylvania and to correct the acronym for the Centers for Medicare & Medicaid. It is CMS, not CMMS.

BOSTON—Speaking to a crowd that filled most of a mid-sized lecture hall at Boston University’s Medical School, Dr. Don Berwick extolled the virtues of single payer health insurance in Massachusetts. The audience had its share of Berwick’s supporters, but also many liberal activists who prefer a Medicare-esque payment system for all Massachusetts residents.

The candidate closed, as he often does, with the story of “Isaiah,” a black teenager whose leukemia Berwick helped treat. Despite low odds of survival given his young patient’s socioeconomic background, with the help of doctors, including Berwick, Isaiah kicked the disease. Growing somber, Berwick delivered the next piece of the story: ten years later Isaiah was gunned down in the streets.

Isaiah “had two diseases,” Berwick summed up, “leukemia and he had social injustice.”

One of five Democrats vying to be the party’s gubernatorial candidate, Berwick served as President Barack Obama’s head of the Centers for Medicare and Medicaid Services, one the largest federal largest agencies. With Deval Patrick declining reelection, the contest features Attorney General Martha Coakley and Treasurer Steve Grossman, on whom much attention has focused. Others like Berwick, Juliette Kayyem and Joe Avellone, hope to play a dark horse role as Patrick did in 2006.

As a result, Berwick has sometimes been lumped into that second-tier status by media outlets. Yet Berwick has made a push for the party’s left with an ambitious agenda. He wants to end homelessness and childhood poverty, supports repeal of casinos and has grand environmental and gun control plans. “He’s not a progressive, he’s a humanitarian,” one Western Mass supporter said.

Berwick has attracted the support of the commonwealth’s leading progressives like Senators Sonia Chang-Diaz and Jamie Eldridge, co-chairs of the Senate progressive caucus, and Rep Denise Provost.

In her endorsement, Chang-Diaz, a co-chair of Berwick’s campaign, said Berwick “is field tested” after managing Medicare/Medicaid’s $800 billion budget. “His passion, vision, and willingness to stand up for what is right will make a difference in people’s lives,” she said. Eldridge cited Berwick’s “strong commitment to social justice, equality, and strong communities.”

The Woodlawn, Md. Headquarters of the Centers for Medicare & Medicaid. (via gsa.gov)

Supporters highlight his management experience. Joseph McCannon, who has worked with Berwick at the Institute for Healthcare Improvements, CMS and, for the past month, the campaign, praised his leadership of organizations undergoing seismic change. “In the midst of introducing this new law [healthcare reform], he was also leading the entire staff at CMS” of over 5500, McCannon said.

The praise, however, is opposite the reality that Berwick is behind the likes of Coakley and Grossman in money, volume of big-name support and name recognition.

Without a doubt, his push for single payer has attracted the most attention. “Medicare for all,” as Berwick often styles it as at his single payer conference, “It is right, it is possible and it is time.”

Berwick’s single-payer policy conference at BU’s Medical Campus was part rally part academic lecture. By turns wonky and humorous, Berwick broke down complex principles like sustainable growth rates and mentioned the peril of praising a single-payer system like Canada’s. “If you want to get confirmed before the US Senate, never mention another country,” he said to laughter.

A few weeks before his conference at BU, Berwick spoke to WMassP&I at a Panera in the city’s South Bay area. With white hair, glasses and a tight command of policy, Berwick almost exuded a more professorial air, than doctor turned executive turned politician. But he has the last one down too, comfortable before large crowds while down to earth and folksy during the interview.

Hailing from a small town in Connecticut—Western Mass, he has said with fondness, reminds him of where he grew up—Berwick followed in his father’s footsteps and began a career in medicine. He came to Boston college and medical school and specialized in pediatrics, but his mother, a political activist may have influence his turn to public policy. After stints at Children’s Hospital and Harvard Community Health Plan, Berwick began work at the Institute for Healthcare Improvements. The New York Times characterized his work at IHI as working to “transform the health care system and raise the quality of care.”

Over the course of 25 years, IHI grew to a $40 million organization and 125 employees worldwide. From there Berwick was recruited by Obama to lead the CMS, which administers the federal government’s health care programs for the elderly and the poor. 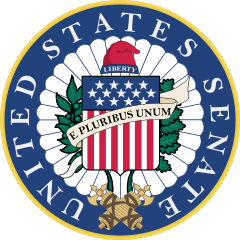 Opposition appeared early, partly due to his praise of the British single payer health system, for which he later consulted. Glenn Beck, the oft-apocalyptic conservative personality, dubbed him “the second most dangerous man in America” (after Cass Sunstein). Despite 59 senators’ votes, a GOP filibuster forced President Obama to install Berwick via recess appointment. The Times said his relations with GOP officials remained chilly.

When he got to CMS, the Affordable Care Act had just passed and Berwick was tasked with carrying out the law while keeping existing Medicare & Medicaid programs humming. Berwick mentioned launching accountable care organizations and the new Center for Medicare/Medicaid Innovation, while challenging efforts by states to deny Medicaid recipients use of Planned Parenthood facilities.

“What sets Don apart,” McCannon said, is his “subject matter mastery” while being adept at “helping guide people through a period of immense change,” like the implementation of health reform, which CMS spearheaded.  McCannon, who served as a senior adviser to Berwick as CMS added he was effective at motivating people and supervises well without micromanaging.

Berwick couldn’t win over Capitol Hill, but could he win Beacon Hill? (WMassP&I)

When his recess appointment was about to expire, Berwick returned to Massachusetts. After being in DC, he now saw politics as a means to fulfill his values as a doctor. Berwick said, “I have come to understand to see that health is more important than just health care.” And health, to him, reaches how people eat, exercise or even how they get to work.

With healthcare costs crowding out other lines in public budgets, one can see why Berwick focuses on single-payer. Between lowering costs by moving away from fee for service and savings Berwick claims single-payer will bring, the rest of the progressive agenda could become more fiscally feasible.

Berwick said that Medicare and like single-payer systems have overhead of about 1-3%, whereas private insurance has about 10-15%. A huge player in the market, as single-payer would be and Medicare is, could have the clout to rectify systemic problems.

“When you have a simplified payment system, then the public has accountability,” Berwick told WMassP&I. For example, he cited reports of nursing patients getting over-sedated. As CMS head at the time, Berwick could order, develop and implement a plan to address it because of CMS’ reach.

“Now you, the people, you have a potent way to speak with those who give care, about what you need, what you want and what you help pay for,” Berwick told the policy conference. However, he also acknowledged, “There will be critics, especially those profiting” under the status quo. 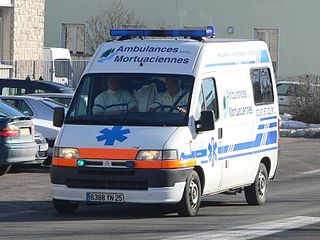 Speaking to WMassP&I, Berwick was asked why government-funded health care system is needed when some European countries have a mix of public and private health insurers as the ACA envision. Despite common misperceptions, much of continental Europe does not have true socialized medicine as Great Britain does. Yet such counties have lower costs and better outcomes than the US. A key difference, Berwick says, is governments there are the ultimate guarantor of health care access.

Some of his primary opponents are wary, but not wholly dismissive of single payer. In the campaign, against seasoned pols, Berwick has done well. His appearances at forums from Northampton to Worcester have gone well, though some had large left-leaning audiences that cheered his positions.

Cheers from friendly audiences are not enough. Berwick has to get 15% of the convention vote in June first to be on the Democratic primary ballot. He appears to have the juice to do that, although the punditocracy has questioned assumptions that a crowded primary will follow the convention.

The Massachusetts Democratic convention next month will be in Worcester, where Berwick will need 15% of delegate votes to make the primary ballot. (via wikipedia)

In Western Mass, Berwick made a decent showing. Some Democratic caucuses were dominated by Coakley or Grossman, but in those with split decisions, Berwick picked up convention delegates. The votes of uncommitted delegates, including elected officials and party luminaries, are an X factor, but Wednesday Berwick announced the backing of previously uncommitted progressive delegates.

Still even among those receptive to his message, doubts exist. He was asked point blank at BU what his strategy to win is. Berwick said he had the “Best campaign staff a candidate could have,” and touted its presence at the caucuses held earlier this year to elect convention delegates.

How Berwick’s would get single-payer passed mirrors his campaign strategy. “The answer is mobilization,” he told his BU audience noting how both the layman and health care providers who spend time maneuvering the labyrinthine status quo. “The forces of the status quo will not prevail,” with such a grassroots effort. Mobilization is what Berwick needs to win too and some see it.

Senator Eldridge wrote on Blue Mass Group that conference attendees said it reminded them of the early days of Elizabeth Warren’s campaign for US Senate. The comparison to another spurned ex-Obama administration official is also attractive to supporters.

“It’s a real campaign,” he told his audience and it is. But the challenges are real too. Prominent organizations active women’s reproductive health and gay rights, Berwick has supported have endorsed Coakley. In response, Berwick released statements reaffirming his support for their values.

Opposing casinos also pits powerful interests, even a few liberal ones like unions, against him and, as he told the audience at BU, he “didn’t come to this decision lightly.” He told WMassP&I that gambling’s impact on mental health was at the heart of his decision to back the repeal effort.

Yet, in a fractured primary, the first time candidate could secure the nomination. At a time of cynicism about politics, Berwick’s political “bedside manner” could prove an asset. A piece on WBUR opened by saying “He leans in; he listens.”McCannon said of his once and again boss, “He is not only somebody who is at the top of his field. He is a really good man with a lot of integrity.”

“A good doctor listens,” Berwick told WMassP&I. “When I go around a town or city in the commonwealth I’m listening.” Berwick said he has found his campaign resonates with the lives of people he meets. “I find that very inspiring,” he said.

The training he has received as a physician has prepared him well for this campaign and politics, “The problem solving side…that’s diagnosis, that’s treatment,” adding, “As a doctor you better like people.”