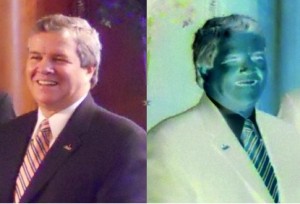 We know and respect one of them. (WMassP&I)

Some of the winners from Friday’s State Ballot Law Commission decision are obvious, starting with Eric Lesser, the former White House aide running in the contest to replace retiring senator Gale Candaras. The voters and indeed other contestants in the race are winners, but the person who filed the objection necessitating the ruling, Springfield City Councilor Tim Allen (or who purports to be him) is not

The challenge itself, while technically Allen’s right, never made sense. Whatever the true motivation, in this election it illustrated a vexing councilor/candidate duality of a pol we have seen as on the side of Springfield’s political angels. This split appears to be helping Lesser, School Committeeman James “Chip” Harrington and Selectman Aaron Saunders, both of Ludlow, among others.

Allen, Harrington, Lesser, Saunders and Tom Lachiusa are vying for the Democratic nomination.

Let us be clear. Our intention is not to malign Allen, but to inquire why and how someone we hold in high regard could reach this point.

The state constitution demands state senators inhabit the commonwealth for the five years preceding their election. The commission ruled Lesser, who lived in Washington while serving in the Obama administration, retained his Bay State inhabitancy and met the constitutional requirements. 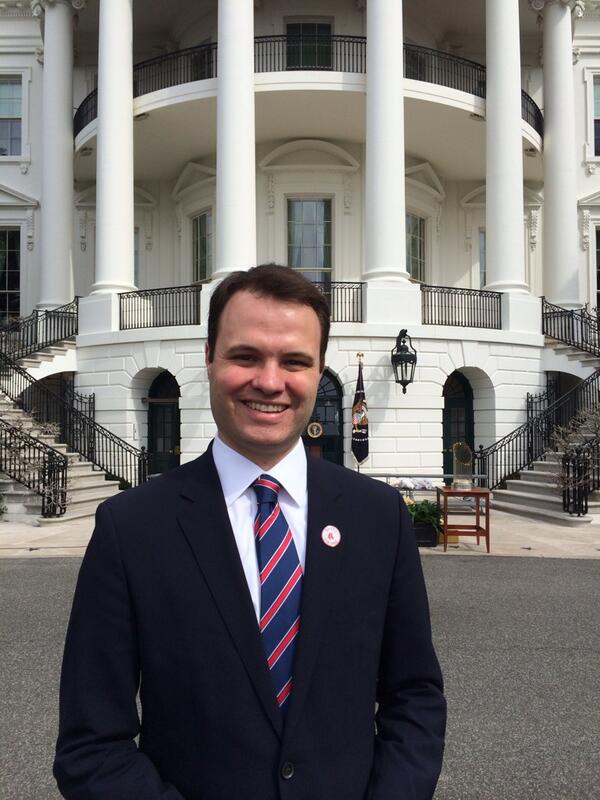 Eric Lesser’s visit to the White House this past spring will not disqualify him from running either. (via Facebook/Lesser campaign)

The commission said, as it had in previous rulings, Lesser’s “temporary assignment” in DC, did not affect his inhabitancy and thus his qualification for senate. While the outcome was not surprising, the formal decision amounted to a stamp on Lesser’s forehead: “Product of the Pioneer Valley.”

As we have noted, this seems like an appeal to the region’s political insularity and intended, in our view, to discredit Lesser as not Pioneer Valley enough. Little is unfair in politics, but this tactic is counterproductive for a region that needs to branch out. It also spurred absurd claims that the Longmeadow native needs GPS to campaign. In turn Lesser partisans have compared the challenge to birtherism. Little may convince hard-core skeptics of Lesser’s regional bona fides, but the commission’s ruling is a decisive blow to the assault on his 413 street cred.

The ruling itself also precipitated perhaps the freest of free media for the congenial, but media-savvy candidate. Already, Lesser’s capacity to generate news and his accessibility have floored other media and us. That has synched well with our philosophy that the intrigue and machinations of Springfield- area politics deserve the same attention as the biggest cities, and we welcome it. But we must take care not to miss the rest of the race as a whole. 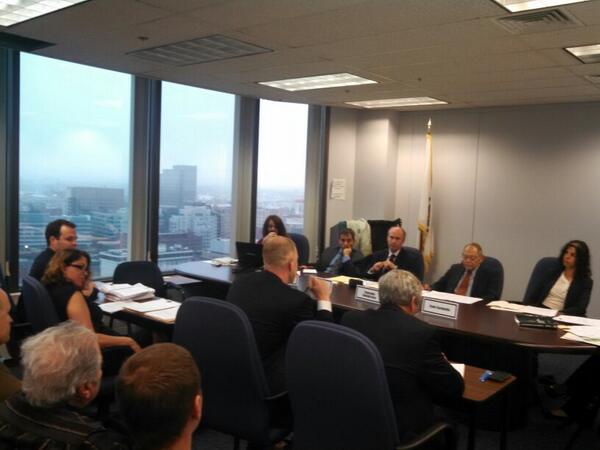 Other winners are the voters, who, pending resolution, were denied an airing of the issues and an opportunity to kick the candidates’ tires. The time lost cannot be recovered, but we may move on to other, substantive matters.

That brings us to the point. This entire episode was Allen’s doing and while he professes it was all about playing the process out, that simply does not add up. We cannot know what was in Allen’s head, but taking him at face value, why file the challenge at all? If, as Allen has suggested, the GOP would have filed it anyway in September, who cares? The law allows replacements if a nominee is disqualified.

However good faith the reading and whatever Allen believes, the filing of the challenge appears political and it hurt. That is not all. We do not shy away from calling folks out, but it troubles us in Allen’s situation.

In the nearly four years since we began to cover city politics in-depth, we have admired Allen. His work on the Council, his diligence and his substance, earned our respect time and time again.

He has served as both one of our guides to rocks to overturn that need it and a voice of moral authority in a city body politic where nonsense and sloganeering often prevail. Indeed, when there are proposals whose sponsor brings out our jaundiced eye, Allen’s support for it can serve as a stamp of approval for us.

With enthusiasm, we observed his take on city business. With frequency, we have rallied to his and like-minded pols’ causes. With relish and sincerity, we thrashed the unprovoked disrespect that, from time to time, has been heaped upon him. We still do these things—at Council meetings.

The man we have come to greatly respect has not been running in the 1st Hampden & Hampshire senate district. That man did not file the challenge to Lesser’s candidacy. That man has not run a campaign that, thus far, has failed to articulate what he would do with the office of senator. We do not recognize this man. He merely bears a resemblance to the man that we do know.

Not only the campaign’s tone, but its quality is beneath the Allen we know. In the end this ordeal only empowered Lesser. On the front page of The Republican, there was Lesser’s smile tagged “On the Ballot,” for all to see. The deserved victory lap Lesser took only amplified his bump in profile.

Even as it helps Lesser, Harrington and Saunders could benefit from this episode, too. Biased as it is, supporters of both Ludlowites are measuring how much Allen’s loss is their candidate’s gain. One went as far to say Allen is “hemorrhaging supporters,” a hit that, if true, would suggest serious damage.

This objection may not have consumed Allen, but there were costs. His campaign invested time and energy in it and it took a day out of his campaign. Not so much for Lesser, whose volunteers, even as he was testifying in Boston, were reaching out to voters—in Springfield no less. Harrington and Saunders were also free to campaign away.

These miscalculations worry us further, as this objection may be the first thing people hear about Allen. Egomaniacs though we are, we know the entirety of the electorate on September 9 may know little of our reports on Allen and the Council. This event could be their first impression of him.

However we got here, we are discouraged and disappointed by Allen’s campaign. After two months of talking about “process,” little has been said about his approach to the issues facing Beacon Hill.

Beacon Hill is different from City Hall. There are no special permits. There is greater budgetary authority while rectifying individual municipal indignities (think library closings) may not be within the body’s ambit. There is an entirely different, often maddening strain of politics in the legislature unlike the nonpartisan if sometimes quibbling variety at 36 Court Street.

Proposals, changes, and yes substance have been lacking. We need his positions on issues. The day before the hearing in Boston, we finally got something when Allen mentioned education. Terrific! Details, please! Most candidates make promises without revealing the means to keep them, but we need a what before we can complain about the lack of a how.

This is not the Allen we know. This campaign has not been worthy of you. Now that this exercise is over, the onus is on you to show us the man we know and dismiss this doppelganger sullying your good name. If not, perhaps you should reassess this race. If Western Massachusetts is as great as its boosters declare, we are no less deserving of a great election in this primary.

If our friend Tim Allen shows up, we would like that campaign very much.