SPRINGFIELD—Facing an agenda laden with some heavy issues, for the first time in a while, the Council stayed in session late debating officials for a recently found gap in long-finished school project and/or excoriating city officials for it. That was not the only matter contentious issue before the body on top of the normal paperwork pushed across its desk.

The new Roger L. Putnam vocational high school, apparently did not come in as under budget as previously estimated. Instead, almost $6 million came in over expectations. Chief Administrative and Financial Officer Timothy “T.J.” Plante took the brunt of councilors’ frustration as he explained how it happened. The Council did give the matter initial, if not unanimous approval, necessitating a special meeting Wednesday.

There were land transactions, tax incremental financing items (read: tax breaks) and another cameo for pawnshops. Ordinances at issue were revisions to the city’s dormant ethics ordinance, the leash law, and final passage of an ordinance permitting late charges for fire and alarm inspection fees.

Only two committees had reports. At-large Councilor Justin Hurst of the Young Professionals Committee brief the Council on the committee’s last meeting. Ward 6 Councilor Ken Shea, Chair of Economic Development, also brought the Council up to speed on the TIF that it voted on immediately afterward.

According to economic development officials, the TIFs, which both passed 13-0, will only limit the increase in taxes the properties would otherwise experience as the property value rose. In exchange, the businesses will relocate their facilities and/or add jobs in the city. One company, a West Springfield welding company is moving the Memorial Industrial Park I off of Roosevelt Avenue. The other a truck repair firm on Page Boulevard, is expanding to a second facility in the same industrial park.

Among the financial measures was a transfer of about $3.9 million in funds from free cash (unused funds certified by the commonwealth as free to use for other purposes) to stabilization reserves. The Council also gave approval to the purchase of a School Street building used as the Parent Information Center for Milton Bradley School on Maple Street.

The matter prompted back and forth between Deputy City Solicitor Kathleen Breck and at-large Councilor Tim Rooke. Federal funds will pay for $760,000 of the $800,000 purchase price. Rooke inquired into the appraised value of the property. Breck ballparked it at $760,000, but said an exact number was unavailable unless the Council went into executive session. Purchase price negotiations are exempt from Open Meeting Laws. Rooke declined an invitation of Council President Michael Fenton to make a motion to that effect.

Breck did say, that negotiating up from that price was necessary to avoid a more costly eminent domain process. The owner, Hampden Bank, said their appraisers would likely find the property valued well above the $760K figure. The city opted to pay the additional $40K (which the feds will not cover) to avoid that process. Rooke ultimately was the lone dissent on the 12-1 approval of the financial transfer to pay for the purchase. The actual taking was approved 13-0.

The Council unanimously approved a transfer of a property at 136 Walnut Street. Another land approval, also unanimously, shifted plots around near Forest Park Middle School to create a contiguous property for parking at the school.  Bond authorizations for green projects also received unanimous approval as did a $10,000 transfer within Treasurer-Collector Stephen Lonergan’s department.

Ward 3 Councilor Melvin Edwards proposed a revision to the city’s Ethics Ordinances that would both lower the threshold for lobbyists to register  and lower the registration fee. Currently, any individual who lobbies a decision-making organ of the city, including the mayor and Council, must register with the City Clerk if they spend more than $5,000 and work in excess of 50 hours lobbying in a reporting period. The ordinance would lower the threshold to 25 hours and cut the registration fee to $250 from $500.

Edwards noted that only two lobbyists are on the list. Both were involved in the casino wars last year. However, Edwards said plainly that everybody knows many more exist, “The purpose is to eliminate any excuse that they are lobbying.” Non-profits can request a waiver of the fee from the Clerk.

The matter prompted questions from Councilors, many of whom appeared unfamiliar with the ordinance. These changes, though minor, are the first of any note since the ordinance’s passage in 2008 by the old all at-large Council. The ordinance’s other provisions, namely its Ethics Commission has become another of the city’s zombie boards and commission, which exist, but sit idle, awaiting mayoral appointment. The Council ultimately sent Edwards’s proposed changes to committee.

Beacon Hill has defunded its half of Quinn Bill money promised to participating communities. (WMassP&I)

Also approved was a resolve, also spearheaded by Edwards that would urge the legislature to fully fund its commitments under the Quinn Bill. Acknowledging that both the city’s share and its picking up the state’s half were fairly agreed to under collective bargaining, Edwards said “We’re still holding the burden” of cuts the state has made over the years. Edwards said he was inspired to join Holyoke City Councilor David Bartley’s recent effort to press for Beacon Hill to restore funding.

The measure was approved on a voice vote, although not before Councilor Shea recommended the state investigate the possibility of suing the state for its share. The request for a legal opinion passed without dissent as well but. Courts have already ruled the state cannot be compelled to fund the statute.

By far the real action was on the Putnam issue. Costs for the school exceeded the amount bonded for the project. While much of the costs have been reimbursed by the Massachusetts School Building Authority, several costs were not eligible for state cash. According to a May 29 letter CAFO Plante sent to the Council, among them was a dental clinic at the school, soil decontamination, the MSBA’s cap, administrative costs, change orders and other encumbrance and contingency funds.

Plante said swift approval of bonding to cover the deficit is needed so as not to jeopardize the city’s free cash. Bonds need to be issued before the end of the fiscal year on June 30, but a twenty day buffer exists in order to clear the statutory window for referendum (a citizen’s veto) on the matter. Money did exist for the whole project, but when it appeared Putnam would cost $114 million, $10 million under budget, those funds were transferred to the renovation of Forest Park Middle School. 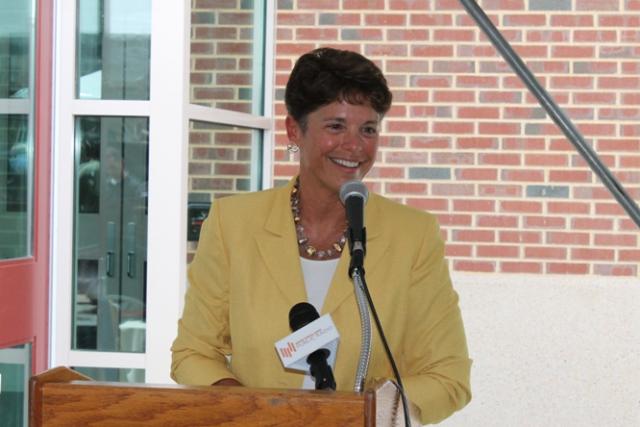 Plante hoped the city could secure more MSBA money, perhaps as much as $1.8 million. Yet some items like the dental clinic were never eligible. Plante and Parks & Buildings Director Patrick Sullivan, who sits on the city’s School Building Commission, laid blame at the feet of former Director of Capital Asset Construction, Rita Coppola-Wallace. She left city service last year and now works at Williams College per Masslive. Under the 2008 Springfield fiscal reform law, the capital assets director reports to the CAFO.

Most councilors expressed support with a hint of resign, hopefully to obviating a second vote. A 2/3 majority at two meetings is needed for passage, although the second meeting could be avoided if it passed with a unanimous vote at the first. At-large Councilor Kateri Walsh said tight deadlines forcing the Council to take quick action with minimal time for review had become a “broken record.”

Responding to Walsh and later Ward 7 Councilor Tim Allen’s criticism, Plante said adding his position and the school superintendent to the School Building Commission, approved in March, should address future situations like this. The commission oversees school construction. Better communication from capital assets will help too.

Under questioning from Allen, Plante said the first signs of trouble came up in December, although the full picture did not come into focus until about January, but had tried to get MSBA money to cover part of the gap. Sullivan later said it was not until late April that officials “realized the scope of the problem.”

Both Rooke and Shea suggested that cost overruns were not unheard of in school projects. Shea urged prompt approval rather than put free cash in jeopardy.  The Council defeated a motion to move the question, but the first step was approved shortly thereafter. Allen concluded by noting he was not objecting to cost overruns per se, “We have a process problem.” On there being a crisis without the bonds, “We are already in one. You can’t get out of it easily.”

The vote was 11-2 with Allen and Fenton the only dissenters.

Councilor Ashe has spearheaded pawnshop reform over the past year. (WMassP&I)

Elsewhere on the Council’s agenda, the body passed by voice vote the first step for a moratorium on new pawn shops proposed by at-large Councilor Tom Ashe. It would grandfather in currently operating facilities, but not those that are suspended.

A change to the city’s leash law also passed first step. Ward 2 Councilor Fenton, who ceded the chair to Council Vice-President Walsh to speak on the matter, said he introduced it in response to constituent concerns about the exceptions. The current ordinance allows dogs to be unleashed if the animal is under “voice control.” Fenton said residents cannot know if it is under such control to the naked eye. An exception in Fenton’s ordinance would allow a dog to be unleashed in an open field of a public park.

Edwards, whose wife was attacked by a dog last year, offered an emotional plea for the measure.  He described his wife’s injuries and those his own dogs, emphasizing the importance of proper restraint of dogs. He also noted that combined with sometimes maddeningly slow police response, an unleashed dog can instill a great deal of fear. This on top of an excess of strays in neighborhoods like his.

The final matter before the Council was second and final steps to approve an ordinance that allows the Fire Department to impose late fees and liens for failure to pay for fire and alarm inspections. Such authority is given to other departments and the Fire Department’s lack of such power here had inhibited fee collection. It passed second step on voice vote and third step on a recorded 13-0 vote.

Given the vote for the bonds for the Putnam overruns, it is hard to see how they fail to get the necessary votes tomorrow night. A contrite Plante suggested an appreciation for the short notice to the Council. However, it is still not unheard of to spring such things on the Council with a sword of Damocles looming overhead. The decision to all, but roll over on Coppola-Wallace, the ex-capital assets chief, is notable too. It cannot be overlooked that the feds have subpoenaed the city, namely her department.