The Toughest Jury for a Seasoned Prosecutor? The Voters…

UPDATED 8/2/14: To reflect additional information about Vottero’s trial record as it relates to one of his endorsements.

SPRINGFIELD—The race to be Hampden County’s next District Attorney has, as the candidates have become sharper in their presentations and platform, broken away from major ideological fault lines. There are many factors to consider, but were Hampden County to agree that prosecutorial experience is paramount, Brett Vottero may be smiling.

Vottero, 53, is recognized even by opponents as having spent the most time in the courtroom. Although now in private practice, Vottero has essentially been a career prosecutor. The Republican and Union-News archives record his name in countless criminal trials, many for murder and other high crimes.

“I’m a trial lawyer, not a politician,” Vottero said during an interview. He said he was used to “saying what you are going to prove to the jury and then giving them the evidence to prove it.”

Consequently, of late Vottero has turned to presenting the cases he has tried rather than simple putting a number on it. “It is easy to say I have tried hundreds of case, but let’s see the evidence,” he said. 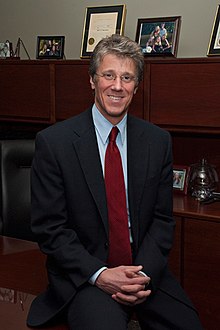 Judge Mark Mastroianni did not file for reelection upon nomination to US District Court and resigned following confirmation. (via wikipedia)

The Hampden County District Attorney’s seat is open after Mark Mastroianni, the independent who succeeded Democrat William Bennett in 2011, resigned to become the Federal District Court judge. Following word of Mastroianni’s nomination, interest quickly spread, although only among Democrats. Vottero of Springfield faces Shawn Allyn of Agawam, Hal Etkin of Longmeadow and Anthony Gulluni of Springfield in the primary, which will essentially decide the election.

Vottero’s career in Hampden ended rather abruptly in 2008 when he resigned amidst a conflict with Bennett over Vottero’s siding with a female colleague over a claim of sexual harassment against another ADA. Vottero’s standing in the legal community appeared unscathed, though. Following Vottero’s unsuccessful bid for DA in 2010, Northwest District Attorney David Sullivan appointed Vottero to oversee the arson and murder trial of Anthony Baye. He has also served as an executive at CISV International, a group that offers youth cross-cultural programs. 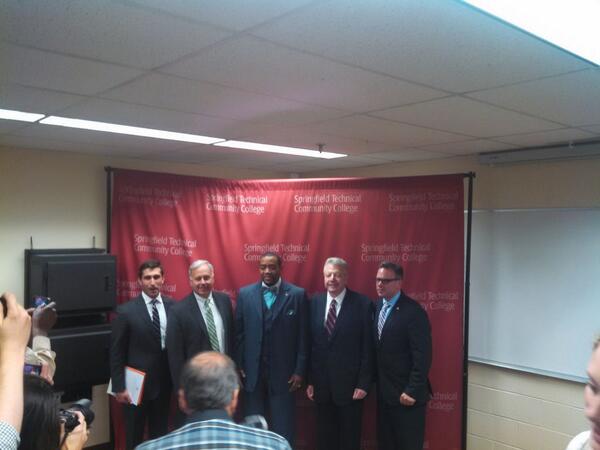 Vottero is facing a much different field than in 2010. While two of his opponents are former or current ADA’s, Vottero’s challenge is not about who has the most prosecutorial experience. In debates and public appearances, the amiable, even sunny former assistant DA marshals that argument well. Rather, he must convince voters among the factors to consider, prosecutorial experience is what should matter most. It may not be easy. Past DA’s like Bennett, when elected, were not career prosecutors.

In recent weeks, Vottero has engaged a more nuanced tactic, building a case for voters to consider his casework. They include the Baye trial; the conviction of Corey Ramos, who was convicted a murdering a guidance counsel; and the trial of two juveniles in the 1994 Sunapee Street arson-murder of an elderly couple. Vottero also released a chronological list of his successful cases.

That record has earned Vottero some notable endorsements. Fire chiefs statewide and Springfield’s Patrolmen’s Union are in his corner. Senator James Welch has also given Vottero his most prominent political backing to date. Welch said “Brett’s experience is unmatched” and cited his “extraordinary” work with victims. Vottero was among the prosecutors that tried the man that was convicted of murdering Welch’s cousin in 1982. Vottero also defended the convictions upon appeal.

Vottero, originally from Ohio, found his way to the Springfield area by way of marriage. Engaged to wife Jane during his third year at University of Cincinnati Law School, they agreed, “Whoever got a job first that was where we live.” She was employed in her native Massachusetts first. Vottero moved east after graduating from law school in 1984. 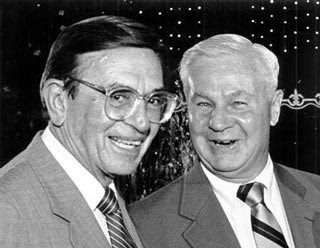 Criminal law always intrigued Vottero. Either the DA’s office or a role as a public defender would have been a good fit. He had heard he could not interview with the district attorney’s office without being a member of the Massachusetts bar. While he waited for his results, he volunteered with for then-DA Matthew Ryan. Ryan eventually took Vottero on as a contract employee and later full-time.

He got his start on serious cases before Ryan’s retirement in 1990. At that time, Ryan would go through all superior court cases himself and assigned a murder case to Vottero, the drug-related robbery murder of James Acree.

While Vottero would try all types of criminal cases, he developed a specialization in arson. He started on that path early in his career after a senior colleague handed off a few arson cases. Then Attorney General Harshbarger noticed Vottero’s arson work and appointed him an assistant attorney general within the AG’s criminal division.

Vottero served under William Bennett, with whom he later had a falling out. (via dwpm.com)

Vottero later returned to Hampden DA’s office to head of the homicide division. Vottero said he eventually ascended to a rank that included an office-wide supervisor, one of three under Bennett that included management of all other employees. He had held management roles supervisors attorneys in the superior, district and juvenile divisions.

Speaking to WMassP&I at the Q barbecue restaurant in Mason Square, Vottero said management of the office is among his priorities. Delays from district court on up slow down the whole system.

To Vottero that comes down to “eliminating unnecessary continuances.” The cost in frustration to victims and witnesses is high, not to mention court time police departments expend needless for cops slated to testify. “Nothing is more effective that being ready to go to trial.”

It is not just readiness though. Low-level drug offenses or cases more about mental health problem than criminal also takes prosecutors’ attention away from more violent and dangerous offenders. “Those cases are very time consuming to prosecute,” Vottero said and reducing the minor stuff could free up scarce sources, keep people out of jail who do not belong there and protect the public.

Vottero has been critiqued anecdotally as shifting to the left since the 2010 election. Vottero acknowledged this to a point noting the all Democratic field, but said even in 2010 he was among the few calling to end mandatory minimums. Now 3 of 4 candidate oppose them. What, if any shift Vottero underwent is hard to discern as 2010 news accounts, spare as they are, do not really imply he cut a more conservative figure then.

Vottero’s opposition to mandatory minimums, he says, is partly a reflection of their disproportionate impact he sees them having on minority communities according to “Incontrovertible statistics.” Citing legal scholar Michelle Alexander, Vottero said that drug use is fairly consistent across racial groups, but many more minorities are incarcerated for drug offenses.

The answers are not necessarily simple. Vottero said there does need to be greater mental health treatment and/or other programs, but the impact of the status quo is unmistakable. Individuals incarcerated can be denied driver’s licenses, education and public assistance and jobs. Those people, Vottero said, in turn will go on to commit crimes again.

Addressing mandatory minimums and incarceration rates are in vogue, but legislative changes have been elusive. But Vottero said that since the 1980’s great discretion over sentencing has shifted away from judge to prosecutors. “The mandatory minimum sentences are routinely reduced by DA’s decisions,” Vottero said. “In an exercise of discretion,” he continued, ADA’s can let a defendant “plead to having less drugs.”

There are other tools too. Vottero mentioned using probation as a means to encourage individuals to get a second chance under certain conditions. The goal, he said was “to craft a sentence that prevents the crime from happening.” “The DA has to take more direct involvement,” he added with an, “evidence-based approaches.”

“That change and approach will result in less recidivism. That’s a long term solution,” Vottero said.

A dimension that will come from the legislature is funding. Vottero compared Hampden County’s budget to its caseload relative to larger counties and said the office was in dire need or more funding. The problem goes back decades and candidates have promised to lobby for more funds.

Vottero said he has changed tactics a bit since 2010. “I am trying to spend much more time one on one with voters,” he said. “I think I have a renewed sense of the role the DA’s office can play.” Vottero added at some events, like sector meetings in 16 Acres, he does not speak at all, but rather tries to listen.

“I am used to being questioned closely about what I am saying,” he said expressing a desire to for the public and the media to do the same in this race.

“I feel ready.” Vottero said. He wants the next generation of prosecutors also prepared “to say ‘the commonwealth is ready for trial.'”