A Senate Campaign Born in the LachiU-S-A…

UPDATED 5:21PM: To reflect that all of the Democratic senate candidates had filed their OCPF reports.

Dr. Thomas Lachiusa. He has suggested voters use the last three letters of his name, U-S-A, as a mnemonic. (via Facebook/Lachiusa campaign)

SPRINGFIELD—Taking a break from the campaign trail, Dr. Thomas Lachiusa looked out over Bass Pond hidden off of Parker Street. The sun settling into its evening descent hung overhead, shimmering on the placid lake. It was a stark contrast from the sometimes tempestuous race for state senate that has become the region’s hottest election.

“Best swimming hole in the city,” he said reclining in a beach chair on the deck of the snack shack.

Lachiusa’s bid for the 1st Hampden & Hampshire Senate district is his first foray into electoral politics, after a career in social work and therapy. While he has found support in some quarters, Lachiusa’s bid has little money and lacks a geographic base the same way his opponents have.

The 1st Hampden & Hampshire Senate District in gray. Click for larger view. The area immediately north of Longmeadow is where Lesser & Dukakis canvassed. (via malegislature.gov)

Like Lesser, Lachiusa lives in Longmeadow, but virtually all of the town’s Democratic committee members backed Lesser, the group’s one-time member achievement award winner. Lachiusa, a Springfield College alum who once lived the city, likely cannot overcome the name recognition Allen, the councilor from Ward 7, has. Even as an employee in the jail, Lachiusa nevertheless has to compete, in that case with Harrington, who won the support of the correction officers union.

His fundraising is a fraction of all of his competitors’s numbers all of whom have now filed their pre-primary reports with the Office of Campaign and Political Finance.

Still, Lachiusa, mild-mannered but upbeat, was hopeful about his chances. Nor was he bitter, saying he would support the Democratic nominee were he unsuccessful. Speaking in his quiet voice as kids frolicked around the pond, he explained he came to politics rather late, waiting until his kids were older. Lachiusa admitted he was a novice at politics, but said he understood the community aspect.

Like many Bay State Democrats, Lachiusa was drawn to Deval Patrick’s campaign and worked to reelect the governor. Elizabeth Warren and Ed Markey’s campaign followed. Lachiusa lent his Longmeadow office as a staging ground for canvasses. Joining the town Democrats, he was elected secretary.

“I just really enjoyed the people I met and the activities,” Lachiusa said. He said it was fun talking “about social policy and what is working and what isn’t working in terms of our communities.”

Other offices Lachiusa might have considered were not being vacated, although some incumbents like Longmeadow Select Board member Marie Angelides were unchallenged. 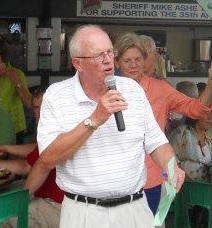 “I kinda like Marie Angelides,” he said explaining his decision to not challenge her in the town’s elections this past spring. Their offices office share the same Longmeadow complex on Converse Street. Beyond that, “It could be another six years before something opens up.”

In the Hampden County jail, Lachiusa works with inmates as part of their integration back into society. He considered running for sheriff a few years ago and broached the subject with Sheriff Michael Ashe. “I decided it was not the right time,” Lachiusa said. “He was patient with me,” he added, referring to Ashe.

The issue of family violence is central to Lachiusa’s campaign and the subject of social work more broadly takes center stage in his presentation. He calls the issue “our biggest problem.” He claims that regions that don’t address it the way Hampden County does experience more crime.

Traditionally that issue has dominated Lachiusa conversations in public, but when pressed, he has a command of other issues. He identifies economic equality as a problem that needs immediate redress, noting how poverty becomes cyclical as the poor find themselves unable to build wealth to pass on to future generations. 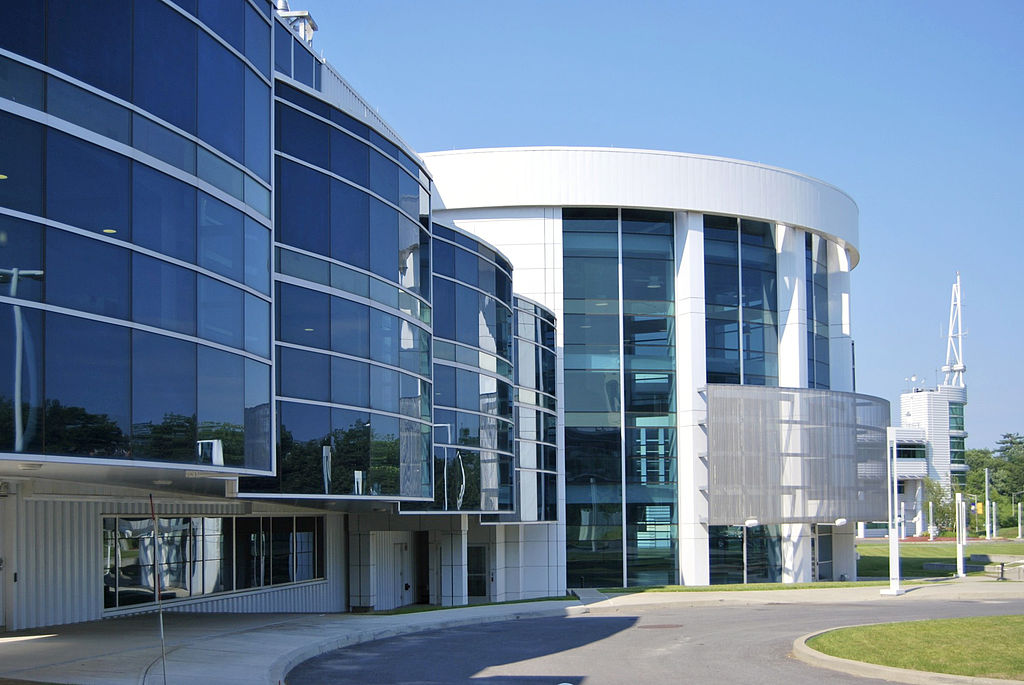 The nanoscale school at SUNY Albany, although the references from wikipedia indicate new buildings, not rehabbed mills, form the core of this campus. (via wikipedia)

Elsewhere, Lachiusa discussed proposals for growing jobs such as a regional farmer’s market and, more ambitiously, renovation of mill buildings for nanotechnology firms. He referenced a similar project in Albany under the auspices of the State University of New York. Asked why the state would choose to put that kind of investment into the Springfield area over the commonwealth’s other Gateway Cities, he argued that the area’s location on major transportation routes was the key.

“We have to convince them,” he said referring to his would-be fellow lawmakers. “That would be my goal, to make that argument.”

Lachiusa argued that his academic background and experience working with people for a living made him best suited to make these cases to a potentially skeptical Beacon Hill. Comparing himself to Senator Warren, he said her success was due to her ability to research and then make a case. “That’s really my only argument,” he explained about his qualification over the others.

Challenged on that comparison, noting Warren’s rhetorical prowess, Lachiusa said his message was getting through to some, because he was armed with an issue that resonates today: domestic violence. 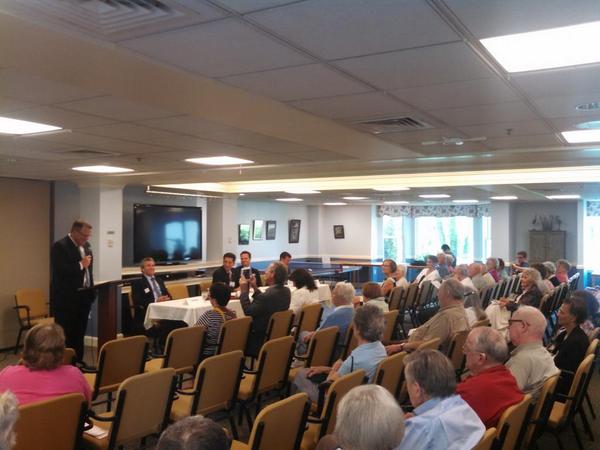 The Reeds Landing candidate forum. Lachiusa is seated at table in front second from left. (WMassP&I)

That dovetails with Lachiusa’s strategy to build the plurality needed to escape the maw of this primary. Lachiusa has connected with some audiences. At Reed’s Landing retirement home, where seniors responded with laughs to his self-deprecating humor. But more broadly, the combined emphasis on inequality and domestic violence, he said has an appeal to urban and minority voters.

“The first thing is being able to develop good relations with people.” Lachiusa continued, “I have made a living making relationships with diverse groups.”

As a first time candidate, the race has been a “roller coaster,” but Lachiusa has been buoyed by his positive encounters. After a 35 minute conversation in Wilbraham, the man with whom Lachiusa was speaking declared his support for the Longmeadow therapist.

“I guess that I have been surprised by some of the support that has shown up at my door,” Lachiusa said.