The Primary Numbers: The Lesser Candidate in the Race… 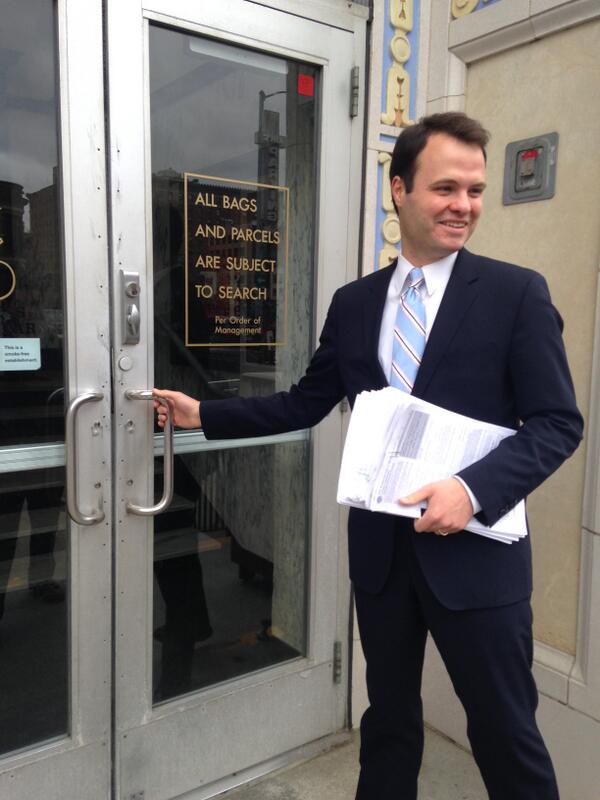 On a legislative level, 2014 may be remembered as one of the most significant for Springfield area politics given the number of open legislative seats. In the 1st Hampden & Hampshire District the Democratic primary there has been, in our own words, “a charged, competitive affair,” frankly unlike anything we have seen before for a local race.

Although each of these candidates have their talents, we deem Eric Lesser the superior choice in the primary, best able to provide the inventive representation, sound temperament and heart we need and deserve on Beacon Hill.

Lesser, as a candidate, has the right mix our region needs, all while shaking up the campaign. If Lesser is ahead, what has brought him there is the size and organization of his ground game and his fresh ideas. Partisans of other campaigns have admitted that he is out-working everybody. Appropriately, positive emotion trumps negative emotion and here, too, Lesser’s campaign has succeeded.

We must begin with a note that despite the excitement of the race, it has had regrettable low points. Salaciously worded press releases about Lesser’s campaign financing punctured the race’s detente. Further, we cannot stomach the cavalier and mercenary way a critical issue like campaign financing has been misrepresented. It is opaque “dark” money, not the disclosed, legal contributions to a candidate that pose a grave threat to our democracy.

It is funny and indeed naïve to wax hysterical about the origin of Lesser’s money when the Pioneer Valley has its own local special interests. These check writers and their ilk, who all but finance most Springfield-area politics, do more damage to our politics and policymaking than nonresidents who want to support a personal friend.

Why not the other candidates?

For Lachiusa…well, we must strike a balance between identifying his campaign’s viability and not discouraging a committed citizen—him or anybody else—from participating. Lachiusa has a sincere interest in the issues, but that is not enough.

In our estimate, Saunders is a bright, dedicated individual with deep political skill. However, that experience is simply not enough. In the middle a Senate President transition, any candidate, even Saunders, will face a learning curve, not expedited by knowledge, as he has indicated sardonically, of the restroom’s location.

What troubles us is why such a young man would offer such an unambitious agenda. Saunders clearly feels passionate about issues, but there is nothing aspirational about any of them in his platform. That’s not right. We should always be striving for more. Our republic is a never ending, advancing endeavor and not because the budget must be voted on each year.

We long considered Allen a friend both to our work and to our city. We did not relish writing our critique of the residency issue or watching that hearing in Boston. For a time, it seemed he took our advice and tried to focus his bid on what matters: the issues that affect people’s lives.

Then this week Allen’s press release touched off a new spat prompting three other candidate to join in what looked less like a campaign and more like a battle over the last scrap of food on a desert island.

Allen has done well on the Council, but we do not know he could thrive in Boston. His platform, though improved from June, does not seem to match the scale of the ambition he had on the Council. We look forward to his continuing his career at 36 Court Street where we know his talents are well-applied.

We did not know Harrington really at all, except as an idle name before this campaign, and it has been a great getting to know him. Of the other candidates, Harrington has worked the hardest and offered new ideas to the debate. However, frankly, those ideas do not animate us. For example we are okay with more cops in Springfield, but our city’s crime problem is far more complex than the size of the department’s payroll. Moreover, the depleted ranks of firefighters is a much graver public safety risk.

We credit his attention to Springfield, but we need a grander vision. Elsewhere, especially in light of recent press releases, we feel that Harrington is too conservative on several issues for our taste in this primary. Certainly, we think he has a future in politics, possibly beyond Ludlow, but that time is not now.

It is a mistake to read Lesser’s anti-business-as-usual message as an attack on every local legislator. He is using Western Massachusetts rhetoric, but it is clear that he fundamentally views the office of senator in light of its full range of power—not just spending bills—to affect policy. Put simply, Lesser understands, as we do, that we need to bring our “commonwealth” closer together as intended.

The policies, too, are practical. Putting aside phrases like “high-speed” or “commuter,” the bones of Lesser’s proposal for better rail service are eminently doable. It may not quite reach the same level as the service to Worcester, but modest improvements to Downeaster-style service levels would be a boon to both East & West.

On the economy, Lesser is talking about the high-tech, app-based economy in a way that actually breeds results. Sure high-speed rail is part of that, too, but Lesser is also advocating for the tax credits and incubators that already drive the action along Route 128 and in Silicon Valley. But more broadly, there is a willingness to think outside the box.

That really is the point, isn’t it? Where else are we seeing as much political innovation? Putting aside the utter nonsense that has consumed this campaign at times, we are just not seeing that in the rest of the field. We have been electing insiders for decades around here, thus it seems a little ham-handed to make the same charge against Lesser, especially when his connections may be the trump card we need in Western Mass during high-stakes political negotiations.

Put another way, we believe the district will do more with Lesser. We support Eric Lesser’s bid for the 1st Hampden & Hampshire senate district on September 9th. 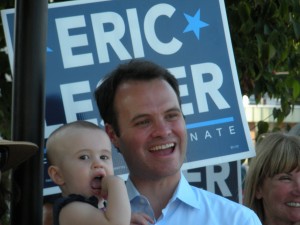