To Take on the 9th Hampden as a Client… 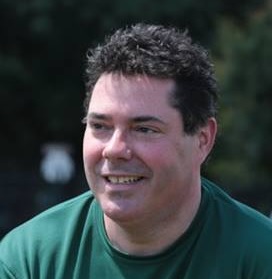 SPRINGFIELD—The 9th Hamdpen Democratic primary shares some similarities with Peter Murphy’s run for the School Committee seat that covers wards 2 & 8.  A great deal of those wards are in the district and Murphy has experience in low turnout electoral affairs. However, in other ways, the race was very different. Usually, Murphy said he knocks on every door. This time he targeted only Democrats.

Most notably, unlike his school committee races, Murphy had to get chunks of two major wards to get to know him. “Really I had to introduce to people in 7 & 5,” which constitute the southern tier of the 9th Hampden House district. “I was still an unknown there.”

Murphy, who has served on the School Committee since 2010, is one of three Democrats competing in today’s primary to succeed Sean Curran. Curran announced early this year he would not seek reelection prompting Murphy, IBEW International Rep Ed Collins and former City Councilor Jose Tosado to jump into the fray. A Libertarian candidate will face the winner in the general.

Murphy, an attorney in the city, has marketed his political experience the career as an attorney and thus an advocate to voters in what is probably the least predictable local race of the season this cycle, especially those areas to which he is less known. He has gotten some high profile support, though, including from Denise Hurst, his Committee colleague, and her husband, Justin, a City Councilor, who live in the 16 Acres end of the district.

The 9th Hampden runs from Atwater Park and East Springfield—the historical heat of the district—to 16 Acres touching parts of Indian Orchard and Pine Point and a precinct in Chicopee along the way.

The School Committee has not drawn a lot of attention these past few years, limiting Murphy’s visibility there. However, speaking to WMassP&I, his command of the issues and apparent commitment to them belied a less flattering reputation he has among some circles as something of a gadfly. He was thought to be eyeing the Ward 2 Council seat when it was uncertain Councilor Mike Fenton would seek reelection last year.

Map of Springfield’s state House districts. The 9th Hampden is in light green. (via malegislature.gov)

Murphy had worked on several campaigns over the years including councilors Rooke, Ashe and even Tosado, Stephen Buoniconti and Shannon O’Brien. His decision to join the School Committee, he said was partly driven by a desire to combat the system’s poor reputation. Murphy’s children attend public school, a rarity for the city’s political elite, and had a good experience thus far.

“There was a lot of negativity about the reputation of the Springfield schools,” Murphy said during an interview at Russ’s, a breakfast nook near the Chicopee line, popular with the city’s who’s who. “I felt the schools were having a bad rap and wanted to tell the public about all the good happening.”

On the School Committee, Murphy said the biggest task for the body had been selecting a new superintendent. The Committee considered several candidates, but after less than successful out-of-state applicants, a local candidate might be favored. The homegrown person turned out to be assistant superintendent Daniel Warwick, a choice that has mostly received praise.

Murphy also said he pushed for an initiative that added a public service component to the curriculum. Students earn credit by engaging projects at soup kitchens, with veterans and the like. “One of the service learning projects this last year was how to get people to vote,” Murphy noted.

Since graduating from Quinnipiac University Law School, Murphy’s career has zigzagged between the public and private legal sectors. The interest in being a lawyer, namely a prosecutor came at a young age. He interned in the Hampden County District Attorney’s office in Law School and got a job after graduation. He handled juvenile and later domestic violence cases before moving up to superior court.

Murphy spent three years in private practice before returning to the public sector as an associate city solicitor under the Albano and Ryan administrations. In 2004, he started his own private legal business once again, operating a general practice, ranging from criminal to employment to civil litigation.

As for the rep seat, Murphy said he had heard over the last couple of cycles that Curran might be retiring to focus on his legal practice. When Curran, who has endorsed Murphy, made his intentions publics, Murphy said, “It was the right time for me to take the plunge.”

Were Murphy to win, full-day kindergarten is at the top of his agenda. Murphy said young kids are like sponges and that early education not only plants the seeds of later, more complex subjects, but also serves as an opportunity to teach kids how to go to school.

“If a child goes to a full day of preschool with a real certified classroom and they learn,” Murphy explained, “they learn math, they learn reading and they learn how to go to school.” The data, he continued, also shows that early education can reduce those kids likeliness to be in poverty or need public assistance later in life.

Murphy also mentioned criminal justice reform, another subject in vogue this election season. He declared “we lost the war on drugs” and said in the course of his practice, he has observed the creation of an underclass, largely along racial lines.

“I’ve spent almost my entire professional life in the criminal justice system,” Murphy said. “We have to stop sending black and Latino men to prison for long periods of time at taxpayer expense for nonviolence low level offenses.” He also rejected claims made by some that such incarceration is no longer happening.

“That’s nonsense,” Murphy asserted. “Take it away from the prosecutor for nonviolent drug offenses,” he said referring to sentencing. Some crimes like sex abuse may merit mandatory minimums due to the nature of the cases, but, he said, nonviolence drug cases should not have minimums.

In terms of the city itself, Murphy said that an economic development bill geared toward Gateway Cities, old urban centers that tend to attract immigrants, of which Springfield is one, is a good start.

“Our small business owners need access to capital to grow,” Murphy said lamenting that it was not as easy to gain that access after the 2008 recession. Recent bills, he noted, included such funding, but much more is needed. He also advocated for more brownfield cleanup money to restore and market old polluted properties for new businesses.

Curran had developed—anecdotally—a poor reputation among some local and Beacon Hill sources, particularly in the area of responsiveness. Murphy said voters would not have to worry about that from him. He put his cell number on his mailers and promised to get back to people within 24 hours. In any event, he planned to spend as much time in the district as possible.

“Because I have a business in Springfield, which I will leave, I have a home. I want to spend as much time in the district serving constituents as I can,” Murphy said.

But in making his pitch to voters, specifically how he would deliver, Murphy returned to his legal career. “With almost 20 years experience as a trial lawyer, I’ve tried a lot of big cases,” he said. “That means I can advocate for people, I can convince people.”

He noted that he already had relationships with legislators and would be able to make more as somebody able to relate to people from different walks of life. He compared himself favorable to Collins, a union leader, and Tosado, whose career has been with the Department of Mental Health.

“My experience in the criminal justice system, in education and as a small businesses person makes me the most well-rounded in this race,” he said. “I have a more varied, diverse background.”