Editorial: Patrick’s Journey into the Westinghouse… 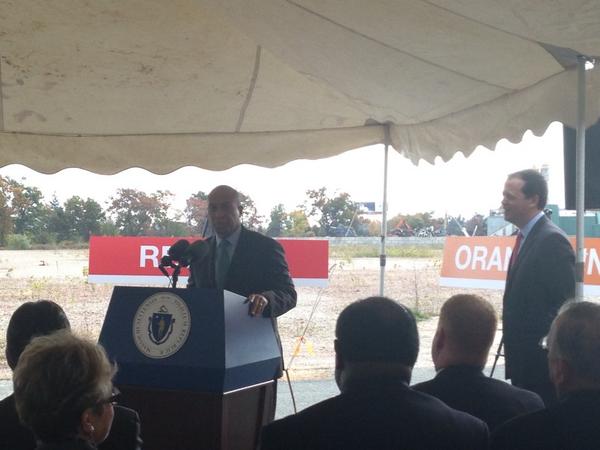 SPRINGFIELD—One of the most overdone political tropes in this state political cycle is talk of how the outcome on November 4 affects the legacy of Gov. Deval Patrick. But Patrick’s legacy will transcend whatever the next governor does and part of that legacy will include casinos unless the law is repealed by voters in November. Patrick’s mark on Massachusetts is bigger than casinos in general. In Springfield, fairly or not, that issue might have been for what the governor was known best…until yesterday.

In Springfield today, Massachusetts Secretary of Transportation Richard Davey announced that the MBTA would recommend to the full DOT board to award the contract for new Orange and Red lines to CNR. The Chinese state-owned company has committed to locate and build its North American headquarters on Page Boulevard, the site of the former Westinghouse Plant.

Patrick, with Davey, MBTA General Manager Beverly Scott, legislators, Mayor Domenic Sarno, city councilors, members of organized labor, hailed CNR’s bid, which will bring about 100 construction jobs and 200 manufacturing jobs. The bid is valued about half a billion dollars depending on whether the T exercises options for more railcars.

In a twist of irony, about two years ago (or three), the site had been considered for a casino. The old factory, which dominated the East Springfield industrial corridor, was torn down only to have the interested party decline to participate in the city’s casino selection process. Before that, it had been the proposed site for another shopping center decades after the industrial giant Westinghouse pulled out. 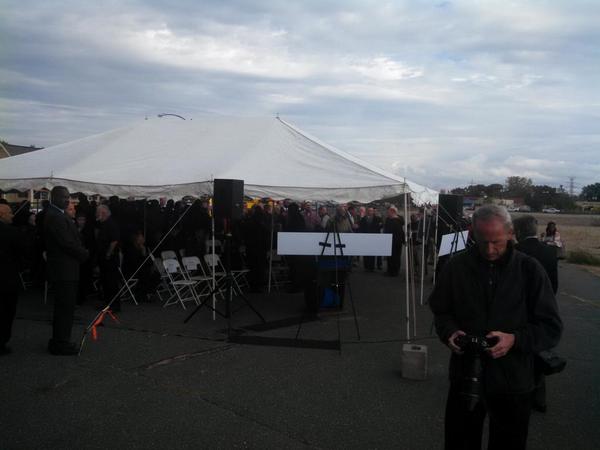 The crowd of officials, labor leaders and onlookers before the announcement. (WMassP&I)

It is highly unlikely that this site was chosen purely for the poetic justice. Hyundai-Rotem had proposed to put a plant on Progress Avenue in the city’s Memorial Industrial Park area. However, placing it at the Westinghouse fills huge void in East Springfield industrial corridor.

This blog has no love for casinos, but even advocates of that law must concede the issue is heavily divisive and will come with some costs to communities. Whether MGM succeeds or fails, whether the worst or best happened, few can doubt that if that were Patrick’s most visible mark on Springfield, it would fail to live up to one of his 2006 buzzwords: together.

Beyond the rail car news itself, the factory, once opened, may prove to be the most visible sign of one of Patrick’s most enduring accomplishments. The gulf between East and West is vast and complicated, and it would be unfair to say no other governor has bridged it. However, Patrick has made a concerted effort in both word and deed to invest in and pay attention to the West.

The factory does not only do that, but it also binds East & West. CNR Mass hopes to not only build MBTA railcars, but bid on cars for other rail services, including maybe high speed rail between Springfield and Boston. The governor said the factory would “put people to work” in Springfield building the trains that “take people to work.”

Series 1500, 1600 & 1700 Pullman-Standard cars are the oldest of the cars slated for replacement by those to be built in Springfield. (via wikipedia)

This state is a long way from truly becoming the One Commonwealth it was intended to be. However efforts like this will do more in service to that goal than a casino ever could. All the while, it checks the boxes the casinos claim to from bringing on labor to hopefully fostering residual industries to serve the plant itself. It is also far more likely than the casino to improve the surrounding area and provide real middle class jobs on which a person can raise a family.

Patrick has done more for Springfield than just sign the casino law and urge this factory be built in the city. However, as important as his support after the tornado, for example, is, such things can be lost to memory with the passage of time. There is a reason why politicians like standing next to new building they endure. Patrick has never seemed like one to rest solely on such photo-ops. There must be substance behind the smile and flash of the camera.

Without any irony, Patrick has done that here in Springfield. Nobody—but for the most ardent of rail opponents and some genuinely concerned about China’s human rights record—can dispute the announcement today is anything but in the city’s interests. Springfield as an epicenter of manufacturing may be a part of its past, but there is a place in its future too. Tuesday, Patrick, in concert with Davey, the city’s delegation and City Hall, may have helped make that happen and delivered Springfield something else that now seems an arcane artifact of another political era: hope.