Endorsements on Parade: Taken in for Questioning…

A fascinating slate of questions go before voters on November 4. All of them are significant policies, some of which will ripple out far beyond the immediate implications of their passage and failure. 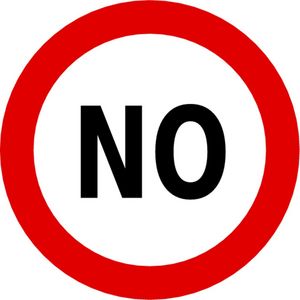 It just would not be ballot question season without some tax related question from the commonwealth’s right. In contrast to the anti-tax zeal that fuels most such measures, this one is not bereft of intellectual arguments in its favor. A Yes vote would repeal the automatic indexing of the commonwealth’s gas tax to inflation. This measure was included in a transportation funding bill the legislature approved last year. A No vote would sustain the indexing.

We urge voters to vote NO on Question 1. The arguments in favor certainly include the anti-tax nihilism of the usual conservative suspects. Higher-minded claims that the legislature should vote increase itself are not invalid, but many who make that argument massacre history by calling it taxation without representation. The colonists had no members of Parliament who in turn passed their tax laws, whereas all people of the commonwealth retain an elected rep and senator who can change tax laws. It is reasonable to raise with inflation to mirror the cost of projects, which will rise with inflation anyway.

As a long-term measure, a gas tax is not a viable way to pay for infrastructure as we move away from gasoline, drive less drive more fuel-efficient vehicles. For now, the gas tax is the politically possible means to chip away at our worryingly high infrastructure deficit. Consider how minor the cost a penny or two more per gallon year over year is when crossing a bridge rated structurally deficient or when routine repairs are put off costing millions when no longer ignorable in the future. The index to inflation is a means to an end, a simple one: safer roads, bridges and infrastructure. Vote NO on Question 1.

As consumer habits have shifted, more and more people are drinking beverages not covered by the state’s 5 cent bottle deposit. A glut of ads funded by beverage manufactures and supermarkets have misrepresented the law’s true effect, need and purpose. This a bill about littering, a problem opponents hope suburban voters will dismiss, but is an urban scourge even with recycling accessibility today.  A Yes vote would expand the bottle eligible for deposit. A No vote would maintain the status quo.

We urge a YES vote on the bottle bill. It is not just cities that suffer. Contrary to opponents’ claims, recycling is not available statewide and in the largest cities where it is, too many do not avail themselves of the service. A deposit on more bottled beverages will reduce the risk of cavalier disposal in parks, streams and streets.

Opponents also argue that cities and towns that do recycle will lose money if the recycling stream goes through the redemption center rather than curbside pickup. This is, pun intended, rubbish. Cities like Springfield have opted to forgo their pittance of revenue for recyclables by introducing single-stream recycling, obviating the need to separate paper, plastic and metal. If Springfield can do without this chump change to suit an environmental end, any Massachusetts community can.

There is one point of contention, which is the indexing of the deposit. This is unnecessary, but not cause to scuttle the bill. We expect legislators will repeal that provision in January. Vote YES on Question 2.

(via Facebook/Yes on Question 3 campaign)

The big kahuna of the ballot questions and a long-time coming. The battle has seemed quite one-sided, but we urge a repeal of the casino law with a YES vote on Question 3. A Yes vote would gut the casino law, effectively repealing it. A No vote would sustain the casino law.

The return casinos provide to communities is minimal. The casino industry seeks to make gambling as accessible as a mall leaving them no more than unique shopping centers. After a surge in jobs due to construction, we will see these “resorts” quietly become white elephants.

In Springfield this will be particularly true. We will at best see a towering edifice, its hotel rooms under-occupied, its stores unimpressive, its prime restaurant a buffet little better than Golden Coral, its gaming revenues lackluster. Even if the worst impacts on society fail to materialize, this endeavor will only be a testament to the city’s mediocrity, not its greatness.

Spending on local business will be at risk as residents spend on slots rather than a meal out or new things around the house.  With New York poised to open casinos, too, and New Hamphire and Rhode Island not far behind, there will be little incentive to come here to gamble unless you are visiting anyway. Mobs of tourists do not go to France just for Euro-Disneyland and neither will they come to the Bay State just to gamble. Instead we will be participating in Atlantic City-style oversaturation.

The only winners, aside from MGM, will be the property owners and plugged in developers who hope to cash in by flipping land before speculators realize there is little in which to invest around the casino.

Opponents of repeal demand to know what will Springfield do to boost its economy if not casinos. There is an answer. Springfield should implement better planning policies. The state can end policies that allow dumping of social ills grown in the suburbs. Finally both can invest in modern infrastructure, which will put people to work and make communities attractive to employers of all stripes.

We opposed this law from the beginning. We opposed the MGM referendum last year and we remain opposed to expanded gambling in Massachusetts as a whole today. Vote YES on Question 3.

Absolutely. Connecticut has done it already, but the US as a whole remains one of the few industrialized countries to not provide it to employees. It is a common-sense policy that benefits employee and employer alike. A sick employee only serves to infect coworkers and if the ill is a child, the risk to employee morale or the employee’s attention is paramount.

Small businesses, rightly, are concerned about the cost. However, in the long-run, the policy pays for itself in better productivity, lower turnover and fewer costs when prevention avoids costlier and unavoidable employer absences. Connecticut’s experiment with paid sick leave has shown to be no significant drag and has paid dividends by some estimates.

We expect that the legislature will over the years tinker with the policy and adjust for changing needs and incoming data. However, we need to start somewhere and that can be on November 4 by voting YES on Question 4.