Endorsements on Parade: In the House and County of Hampden…

Still not sure who you are going to vote for? There were so many races that were open and so many that were competitive this year, it is easy to be confused. However, with our last list of last minute endorsements, we hope you will take a moment to think about who will be our leaders in Boston and locally.

Please consult our candidate’s guide to see which candidates will appear on your ballot. You may also check with the Secretary of State’s office by entering in your address.

Our first endorsement is…not to be. This race is a rematch of sorts between Rep. Nick Boldyga and Samuel DiSanti. Boldyga conservative Republican crushed DiSanti in a district that include Agawam, Granville and Southwick. Even though the district had elected Democrats in years past and President Obama won Agawam, DiSanti could not remove Boldyga.

Boldyga is too conservative for our taste by a mile. A dearth of self-awareness matched by a cultural solipsism that blinds him to life outside his district has left in his wake a voting record disastrous for the commonwealth, his constituents and fellow citizens beyond. However, DiSanti proved unable to win even in ideal conditions. His attack on Boldyga as a tea partier, even if true, failed to catch fire. Even though we love labor, merely repeating is not a reason to get voters on your side. We endorsed him two years ago, but given his campaign is so under the radar we only learned about it when the filing deadline passed, it is hard to take him seriously. We issue no endorsement in the 3rd Hampden.

The first Democrats to hold the seat since before he was born, John Velis is experiencing electoral déjà vu as Republican Dan Allie contests the seat once again. There is one difference. Velis now has a record to tout, rightfully so, and that experience on Beacon Hill has given him an opportunity to sharpen his message of advocacy for Westfield even more. The district consists only of Westfield.

Allie, regrettably, has trotted out the same playbook, seemingly hoping Republican gubernatorial nominee Charlie Baker simply cleans up in Westfield and sweeps the two-time rep candidates in, too. Almost word for word, at times, Allie is offering nothing that the voters did not reject in the April special election. Only by omitting the same reckless personal attacks on Velis, has Allies changed his game.

That said, much of what we said in the special election could be said today, both in support of Velis and against Allie. Velis has touted his independence and promise to work for whatever is best for his city. Allie has mostly discussed his efforts to repeal the gas tax—which Velis also wants to repeal. Velis now can add in the money he has secured for Westfield in the budget, while Allie told in response to questions meandering non sequitirs.

We will not always agree with Velis, but total agreement with our values is not a prerequisite to our endorsement. We want to see commitment, eagerness to do the job and, above all, a mind at work. Velis is clearly committed. While certainly he enjoys the title, he does not seek it purely to have it. Velis does the hard work and with a full term can truly show off his capacity to do the heavy lifting. Finally, he looks at issues from both sides. He approaches the issues one by one and considers whether it is best for Westfield or best for its constituents, not whether it fits a narrow worldview.

John Velis is the right man for Westfield. We urge voters to give him a full term to show us what he’s got.

Democratic Rep Mike Finn faces a challenge this year from an actual Republican, Nathan Bech, the former head of West Springfield’s anti-casino campaign. For the most part Bech has stuck to very traditional Republican talking points in an attempt to paint Finn as some sort of a creature of Boston. Finn, meanwhile, has returned with a volley that Bech is woefully uneducated on the issues with ties to the tea part.

While Bech’s membership in the archconservative movement is difficult to qualify without a doubt, we believe Finn has again proven himself the best candidate and thus worth of another term.

The district consists of West Springfield, several precincts in Chicopee and one in Springfield’s Hungry Hill.

Truthfully, we have not found Bech as odious as some of his Republican brethren from this cycle. He’s affable, even self-effacing. Unfortunately, he is misinformed about many issues. Sticking mostly to talking points, he has made factually incorrect statements about Finn’s record and the actions of the Massachusetts House of Representatives. For example, while Trying to score points on veterans versus illegal immigrants, he misstated the programs that Massachusetts provides its returning vets.

Finn, in terms of knowledge of the issues, simply put, has the facts. On virtually every topic during debates, he provides not only the details, but why those policies and legislation are the proper path. One could argue that these, too, are talking points, but Finn comes across as someone who knows is familiar with these things because he was actually paying attention in the House. We think that only benefits the Western Massachusetts delegation and the district. Return Mike Finn to another term from the 6th Hampden District.

Democratic Representative Angelo Puppolo is seeking his fifth term from this district that consist of southern Springfield, the northern part of East Longmeadow and all of Wilbraham. His opponent, Republican Robert Russell has tried to run primarily on fiscal issues arguing, at times, that Puppolo and his caucus are bankrupting the state. Hyperbole aside, Russell’s own financial ship has been questioned as a result of his personal bankruptcy.

We have not always agreed with Puppolo, but Russell’s charges of profligacy are not only hypocritical, they are wrong.

Russell, a first term Selectman in Wilbraham, charged that Puppolo not only left the commonwealth’s finances in ruins, but did the same to Springfield. We are not afraid to slap politicians responsible for the city’s fiscal troubles a decade ago, but the funny thing about history is that some of it is recorded—including Council votes in Springfield. They show Puppolo actually stood alone in opposing the budgets before the state rescue of Massachusetts’s third largest city. We do not think period of personal financial turmoil is an automatic disqualification for office. However, with such a history, we cannot abide someone who cannot even be bothered to get his facts right when he charges his opponent with the misfeasance.

As stated, Puppolo has not always voted as we like. There are progressive matters, which we wish he were with us, but in following his votes from his Council tenure, we must admit we are pleased to find he very much not asleep at the switch. Whatever our disagreements, he has been an advocate for our city in the legislature and expect he will do no less in the next term. Our choice in the 12th Hampden is Angelo Puppolo. 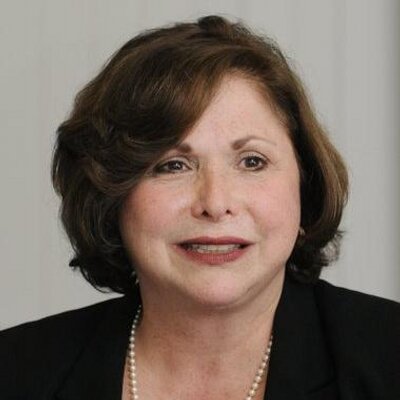 Senator Gale Candaras is retiring from the State Senate to seek the technically open Register of Probate position, which runs the offices that run the Probate and Family Court of Hampden County. She faces Independent Suzanne Seguin, who has held the office on an interim basis following the resignation of Thomas Moriarty in late 2012.

Seguin has argued that as the interim register, she should stay in the position for a full term. Candaras argues that the office needs an advocate to improve operations and accessibility to the public. We might be more sympathetic to Seguin’s argument if it came with a bit more of a vision for the office. Candaras has and thus we support her for Register of Probate.

Seguin has preferred to emphasize the very limited discretion of the office, in an effort to undercut Candaras’ ambitions for it. She has also charged that Candaras is just boosting her pension. That argument is problematic because Seguin could be guilty of the same claim. Seguin also says this office should not be elected, a statement with which we do not entirely disagree. However, it is an elected post and thus those that want to hold it should have some aspirations.

Candaras does, both to expand court services programs and make records more accessible online. These things will cost money and she knows this, but says the office will benefit from an advocate able to go toe to toe with court administrators and the legislature. Does the Register need to be an attorney as Candaras argues? We are less sure, but he plans for the office and capacity to deliver on those plans fit the needs.

Our choice for Register of Probate is Gale Candaras.