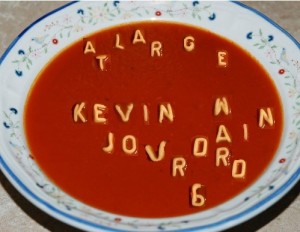 Maybe the signs were there? (Created using Google Image search)

Two events struck the City of Holyoke like earthquakes this week. Though of entirely different natures—one political, one, quite literally structural—they could ripple through the city’s politics. Their only common trait is one man: City Council President Kevin Jourdain.

On Tuesday, Jourdain announced, to nearly everybody’s surprise, that he would retire from his at-large seat on the City Council and instead seek the Ward 6 seat being vacated by Todd McGee. In essence, Jourdain, elected at-large in 1993 and reelected consistently since and often in 1st place, was ceding a nearly guaranteed reelection to one of the Council’s eight at-large seats to seek a ward position.

Ward 6 in Holyoke runs from the west side of downtown along Beech and Cheery Streets to its western border at Jarvis Avenue. Its northern border roughly runs along Beacon Street.

The early word was Jourdain dropped down to Ward 6 to bigfoot the candidacy of upstart Mark Riffenburg who ran for Council at-large unsuccessfully in 2013. With McGee retiring, it became little more than an open secret that Riffenburg, who had been planning to run at-large in 2015 anyway, would instead run in his native Ward 6. On Tuesday, he also confirmed his election plans.

Jourdain claimed that with McGee leaving, there would be a void that, ostensibly, only the at-large councilor could fill. While councilors power and salary are no different whether elected at-large or by ward, it has the feel of a demotion. Such things are simply not done.

President John Quincy Adams had a career as a member of the US House after losing to Andrew Jackson. There is serous talk of defeated Alaska Senator Mark Begich running for the House in 2016. But these are the exceptions. Rarely does a political career advance by going in reverse in terms of prestige and size of the electorate—at least not voluntarily.

At a minimum, Jourdain’s stated reason—continuing the representation McGee offered—did not pass several Holyoke watchers’ laugh test. Nor does it speak well to Jourdain’s humility that he deems there to be nobody—NOBODY—in Ward 6 who can fill McGee’s shoes except himself, even though, arguably, as an at-large councilor he could ensure Ward 6 not be overlooked.

Given Jourdain’s perceived dislike of Riffenburg (arguing he was unqualified, Jourdain got the Council to zero out Riffenburg’s salary as a deputy to Treasurer Jon Lumbra), many saw this decision as his way to keep the young politico off the Council. As of posting time, Jourdain had not responded to an email asking him to elaborate on his decision and whether Riffenburg’s candidacy affected it at all.

The Paper City scuttlebutt suggests there may be another reason, namely some grander plans for the makeup of the Council. McGee’s retirement was precipitated by a need to move his growing family to a bigger house in Ward 7. One theory Councilor Gordon Alexander may not seek reelection and McGee could run for either at-large or Ward 7 seat. Jourdain then takes McGee’s seat prompting little change.

Aside from the logistical concerns were McGee to run for Ward 7’s seat (it is an open question if that is legally possible), there is little proof McGee and Jourdain are on the same page.

While both are usually pegged as part of “Old Holyoke,” they are not identical. McGee is a Democrat. Jourdain is a Republican. McGee’s chairmanship of the Finance Committee is widely praised. Jourdain’s Council Presidency has yielded mixed reviews. Despite the open mic incident last year, McGee seems to have more respect among Holyoke’s divisions. Riffenburg ostensibly never thought to challenge him.

In short, there is no evidence that some Jourdain-McGee cabal exists and the idea that McGee will run for anything next year is purely speculative. Jourdain’s grand plan might not include McGee at all. Jourdain has recruited candidates in other races before and it is possible, as another theory suggests, he is vacating his at-large seat to let Patricia Devine stage a comeback.

An alternative notion is that Jourdain is switching to the ward seat because it is safer. Conventional wisdom holds that if elected there, he would hold the seat until either God or Jourdain himself dislodged him from it. Were he challenged it would take less effort and less money to survive. At-large, changing trends in the city might undermine his support among the electorate citywide.

That, too, is problematic. Even if demographics and/or voter disgust threatened him, it would take several years to shake Jourdain loose from being top at-large vote getter. Moreover he spends real money in elections and can raise it easily. Jourdain was close enough to Governor-elect Charlie Baker to be getting contributions from him as early as 2009.

In Ward 6 specifically, city election records show Jourdain did well there recently, often getting the most votes on the at-large ballot. Yet the ward’s two precincts were hardly his strongest areas. In other precincts, he received far more votes and/or a larger share of the vote. In 2013, obviously he did better than Riffenburg, but the spread in Ward 6 was narrower than in others.

All of this was true even before gravity decided not to wait for the city to begin demolishing the Essex House, an abandoned hotel down the street from Holyoke City Hall. On Thursday, the derelict building partially collapsed, destroying a beauty shop and displacing residents in an adjacent apartment.

Per Masslive, the City Council approved demolition plans in January, but the complexity of the bidding process required a new vote on the bond financing it. The Council did not immediately pass the new bond order. After tabling it in the summer, it passed in September 10-3 with Jourdain voting no.

He argued then as now that the city never should have foreclosed on the property last year for unpaid taxes. Instead, he told Masslive, it should have pursued legal action against the owner, an LLC based in Cambridge. The company, Essex House LLC, has not filed an annual report with the state since 2012.

Officials claim the building would have come down sooner had the bonding been approved in the spring. Now, with part of the Essex House threatening the neighborhood, the delay appears dilatory and Jourdain’s vote—even if it were principled—looks petty and reckless.

Essex House on High Street has been in a state of disrepair for decades. (via pioneerwired.org)

Jourdain’s comments, including invoking his opponent by name, did not help. Jourdain blamed on the delay and collapse on mishandling the demolition bid on the part of Holyoke Mayor Alex Morse, Lumbra and—gasp—Riffenburg, who had worked for Lumbra during some fraction of time between the January and September bond votes. Lumbra told WMassP&I the Treasurer’s office does not manage bids and procurement.

With eleven months until Election Day, Essex House may or may not be a defining issue. Riffenburg has already gone on the attack, condemning Jourdain’s vote and highlighting the human impact. This carries risk, too, if he overplays his hand. Jourdain still has name-recognition and fundraising capacity.

Yet, the partial collapse of Essex House underscores the sheer risk of dropping down to a ward race. Were Jourdain a lower-ranking at-large councilor, the difference in risk would be minimal. That not being the case, running at-large, he could probably withstand the blow better than at-large Councilor Daniel Bresnahan or Ward 5 Councilor Linda Vacon. One-on-one with Riffenburg, Jourdain might hope voters do not second guess any other votes.