Editorial: Doth the Mayor Protest Too Much…or Not Enough…? 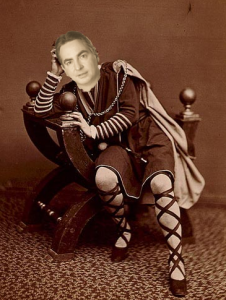 Leave it our mayor to occupy two perhaps diametrically opposed planes at the same time.

This week Mayor Domenic Sarno criticized social service agencies’ placement of poor families—homeless in hotels—in several apartment buildings throughout the city. It was reminiscent of, though distinct from, his complaints about refugees being housed in the city. In an election year, if one of indeterminate competitiveness, some might say the complaint reeked of posturing especially as the numbers involved (300 families) seem relatively small.

And yet Sarno was not wrong, either. There is a real problem with warehousing the poor and concentrating the agencies that serve them in Springfield. Though NIMBYism lives in the City of Homes as well, it is nothing compared to neighboring communities, sometimes over truly innocuous facilities.

Unfortunately, in being both right and wrong, Sarno may not have moved the needle to benefit the city. This both harms Springfield’s reputation and does little to actually solve the overarching problem.

This blog has never been shy about criticizing Sarno but it would be unfair to say he openly disdains the poor. By comparison, when he decried the settlement of refugees in Springfield, despite his own family’s immigrant story, his complaint seemed facile and unfair to the migrants. Here he was sincere and righteously indignant at the lack of notice to the city (though, his charge of a “clandestine” plot is a bit much). 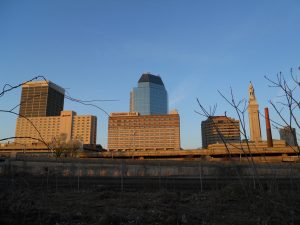 It has long been fairly noted that Springfield services a disproportionate share of the Valley’s poor. (WMassP&I)

It is not an exaggeration to say the commonwealth’s Department of Housing and Community Development and their partner non-profits, the Center for Human Development and HAP Housing, miserably dropped the ball here. They were obligated to discuss this with the city and, even if they denied it a veto, should have allowed Springfield to coordinate and inspect the apartments.

This could have spared DHCD, the CHD & HAP the embarrassment of housing people in buildings with the code violations the city claims it found. Moreover, the commonwealth has a bad habit, whatever its financial restraints, of relocating the poor clear across the state—like from Boston to Worcester or Springfield—undermining those individuals’ ability to get their lives together.

But this situation is complicated by another factor. The homeless here were previously housed in hotels, a situation that most universally deem superior only to placing them under a bridge. While most local homeless were housed in hotels in Holyoke or Chicopee, frustration with the program is widespread. Moving them even into an apartment shared with another family is progress.

The Director of HAP Housing concurred with the concern about concentrating poverty. (via wwlp.com)

But why go to Springfield? This is not asked out of NIMBYism either, but rather because concentrating poverty aggravates its negative impacts. No other apartment buildings were available in any other community, perhaps those not bearing its share of the region’s disadvantaged population? Indeed HAP’s leadership agree.

That point, while very much present, seemed to be lost amid Sarno’s diatribe. The cynic would say it produced exactly the effect the mayor wanted—a burst of news coverage from television stories to a splashy front page headline in The Republican. But to what end?

The answer is more complex and, for the moment, depressingly unhopeful. Sarno is right that the city carries far too much of the region’s burden and there is no arguing that the state and non-profits involved failed to reach out to city officials. However, the nature of this appeal seemed tuned for the wealthier pockets of the city—where the votes are.

Sarno could face a serious challenge this year for mayor—and he may not. But if he does, the 27,000 or so residents who will vote in the city’s municipal election are more likely to be affluent and receive his complaint positively.

Public transit is just one area that affects the poor, but the mayor’s voice on it–especially since he controls a seat on a key steering committee–could be invaluable. (via wikipedia)

While we believe the mayor’s concern about the poor—no really, we do—he does not expend enough energy advocating for them either. For example where has he been on public transit often the means by which many poor get to jobs? Did he object—audibly—when PVTA service was cut some years ago? Has he spoken of the risks to service following the repeal of gas tax indexing? The City Council has lent their voice to this cause far more than he.

Despite the above suspicion-mongering, this particular episode, however earnest Sarno’s argument, also risks painting the city as intolerant and medieval, hardly the reputation it needs in Boston where the relevant power lies. Certainly the state seems unmoved so far.

Officials in Boston have some respect for city bureaucrats (like the ones they installed). Yet, their perceptions of Springfield’s electeds are not quite as magnanimous and it is not just Beacon Hill’s fault. 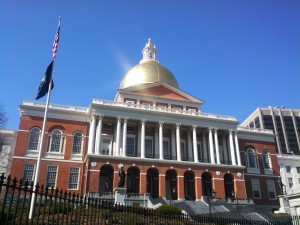 Sarno could do far more to press his case with Beacon Hill on the homeless family issue and countless others. (WMassP&I)

Sarno will travel to Boston now and again, but he marshals no argument that persuades the powers that be. He leaves behind city councilors—something his predecessor Charlie Ryan did not do—who could add their unique perspectives to his when talking to legislators.

What makes Sarno think railing into a camera 90 miles away will cause anybody in state government to blink except maybe for political expediency? In any event, homeless and housing advocates, who likely know Beacon Hill’s pressure points better than he, may interpret Sarno’s complaints as poor-bashing and seek legislative redress.

There is no easy answer here and it bears repeating that Sarno’s complaint here is not, on its face, wrong. But if the goal is to actually change something, things are far murkier. Did anything come out of this other than a two-day story in the Springfield press?

No Boston-based outlet or the Associated Press appear to have written about the story.